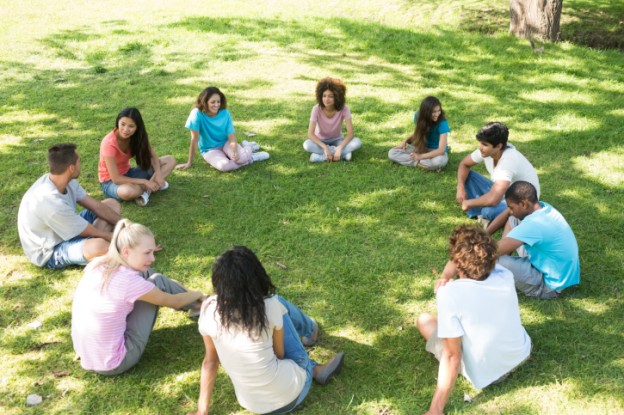 My students play this game throughout retreats, mission trips, and open nights at church.  It’s one of those games that you’re surprised they play over and over again!

Point of the game:  To share signs around the circle without the person in the middle catching you.  If you are caught on your turn, you go into the middle.

Note: As students get good at being sneaky, the person in the middle can be there a while.

Someone is chosen to start. Then, the person in the middle closes their eyes and counts to 10 so the signs can begin.  While the middle person is counting, the signs begin. The starter makes their sign and then “sends” a sign by doing the sign for someone else. That person “receives” the sign by making their own sign then “sends” by doing the sign for someone else.

After counting, they open their eyes and watch for signs being sent and received.  They can turn and move around the circle as needed.  When they think they know “where” the sign is, they can guess who has “it.” If they are right, they trade places with the person who was caught. They can ask as often as they like until they are right.

This can take some time because you might receive your sign my making it but then have to wait a while until the person in the middle turns or isn’t watching. This continues randomly around the circle until someone is caught between the “receive” and “send” or making a sign.