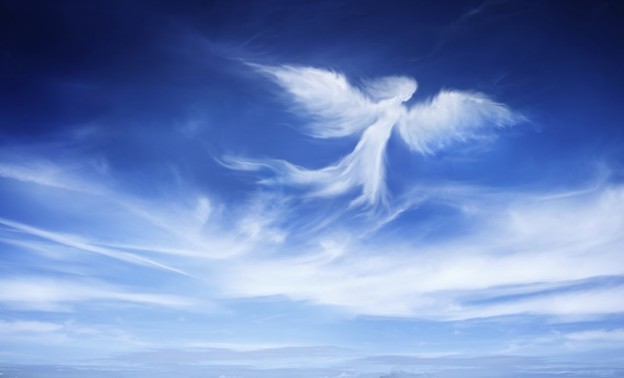 In the traditional children’s Christmas pageant there is only one Mary, one Joseph, three wise men (because it’s always been that way) and interestingly enough there always seems to be a limit of around five or six shepherds. But there is no limit on angels.  There can always be lots and lots of angels.  Luke 2 actually says, “a multitude of the heavenly host” and that means there is always room for one more angel in the angel choir.

Just what are angels? Angels are heavenly beings created by God. They are spiritual, not corporeal. They don’t have bodies. Very simply they are God’s messengers. They are also known as God’s army. Stories of angels and their earthly appearances abound in popular writing. Many people believe they have a guardian angel. Some years ago you will recall books about angels were popular. There was a television series, Touched by an Angel, and depictions of angels were available everywhere to purchase. Of course, stories of angels can be found throughout the Old and New Testaments, but nowhere more frequently than in the nativity story.

Tonight is about the angels and the story of the nativity would seem pretty ordinary except for the angels. From the very first, angels play an important part in the evolving events of the nativity – an angel tells Zechariah his wife of many years will finally have a son and he will herald the messiah’s coming; an angel then appears to Mary and tells her she will give birth to the messiah; an angel appears to Joseph in a dream and urges him to keep his marriage contract with Mary; an angel comes to shepherds on a lonely hill and announces the birth of baby. All of that light, all of that glory surrounding the events of the nativity and the presence of someone or something mysterious called an angel.

The angel’s song brought a message of hope.

Did you know the earliest Christians referred to Christmas as the light piercing the darkness?  As a matter of fact, Christmas was set on December 25, in the old Julian calendar, at the winter solstice, the exact time when the light returned and the daylight once again began extending and filling the world with hope. This was the message of Christmas – Christ, our savior, came into the world to bring light and hope in a darkened world. Jesus takes away our fears and reminds us of the possibility for goodness.

One year, on Christmas Eve, a young woman I’d never seen before came to Christmas Eve services.  She attended the first service of the evening, slipping out before I could greet her, and then returned to the late service.  This time I was able to greet her as she arrived.  I told her I was curious why she had come twice.  She said, “I really needed to be here this year.  I needed to remind myself that there is goodness in the world.”

I suspect that’s why we are all here tonight. We all need to be reminded from time to time – of the light – of the promise of goodness. We all need hope of a better tomorrow; hope of God’s reign on earth; hope that the darkness will NOT prevail. We need someone to save us from the darkness of this world and that someone is Jesus.

The angel’s song brought a message of joy.

In announcing the newborn Christ, the angel told the shepherds, “I am bringing you good news of great joy for all people” (Luke 1:10). It was a joy beyond all joy. It was a joy that lightens the heart and gives hope for tomorrow. It was a joy that rings true as the bells on Christmas Eve. And suddenly there was a multitude of angels – a heavenly host or an army of angels – dozens, maybe hundred of angels filled with such joy they couldn’t contain it all.  These heavenly messengers were praising God and singing, “Glory to God in the highest heaven, and on earth peace among those whom he favors!” Have we forgotten the joy of the angels?

The angel’s song brought a message of salvation.

Good News!  A messiah was born. Salvation had come to the Hebrew people. The angels said, “to you is born this day – a savior” (Luke 2:11). Jesus was born to save us from all the darkness of this world: our narcissism, our hatred, our prejudices, and our anger. Ultimately, he came to save us from death.

The angel’s song brought a message of peace.

Christ came that we might have peace – peace with God, peace within ourselves, and peace with others.  Jesus came to teach us the way of peace – to show us how to push back the darkness of the world and be at peace with one another through acts of kindness, mercy and justice.