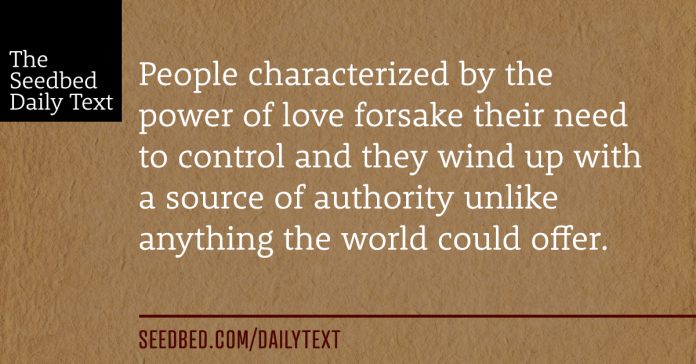 Then he went down to Capernaum, a town in Galilee, and on the Sabbath he taught the people. They were amazed at his teaching, because his words had authority.In the synagogue there was a man possessed by a demon, an impure spirit. He cried out at the top of his voice, “Go away! What do you want with us, Jesus of Nazareth? Have you come to destroy us? I know who you are—the Holy One of God!”“Be quiet!” Jesus said sternly. “Come out of him!” Then the demon threw the man down before them all and came out without injuring him.All the people were amazed and said to each other, “What words these are! With authority and power he gives orders to impure spirits and they come out!” And the news about him spread throughout the surrounding area. (continue reading passage here)

Things are heating up. Jesus, probably still reeling from being expelled from his hometown, is on the hunt for a new place to call home. He comes to a little fishing village right on the Sea of Galilee known as Capernaum. I mean, did you pick up that massive change of heart in Nazareth? One minute it was, “He was teaching in their synagogues and everyone praised him,” (4:15) and the next thing we know it is, “They drove him out of town . . . in order to throw him off the cliff.” (4:29). Sound familiar? Yep. Soon it will be “Hosanna to the Son of David!” followed by “Crucify him!”

Ok, the correct answer is D) none of the above. I would trade in all of my awesome stories and amazing gifts as a “communicator of the gospel” and even my “incredible expository skillz” if only I could follow the way of Jesus wherein my words would carry his authority.

Authority cannot be learned. It cannot be earned. It can’t be imitated. It can’t be bought. It can only be given . . . imparted . . . infused . . . by the same Holy Spirit who abides with Jesus and with us. Here’s the great myth about authority. We think our power comes from how we wield authority. The truth? Our authority comes from how we exercise power. People characterized by the love of power may have control but they will never have true authority. People characterized by the power of love forsake their need to control and they wind up with a source of authority unlike anything the world could offer. (If you don’t believe me go back and look at this.)

The power of love carries the authority to heal the sick, to cast out evil, to free the oppressed and yes, even to raise the dead.

All the people were amazed and said to each other, “What words these are! With authority and power he gives orders to impure spirits and they come out!” And the news about him spread throughout the surrounding area.

People—this is BIG STUFF here, and it’s happening in the smallest town in the most obscure place and with people no one knew . . . and we are still marveling at it thousands of years later. But we get to do more than marvel; we actually get in on the action. It’s going to take becoming a certain kind of person, the kind of person Jesus can trust. That’s where this is headed.