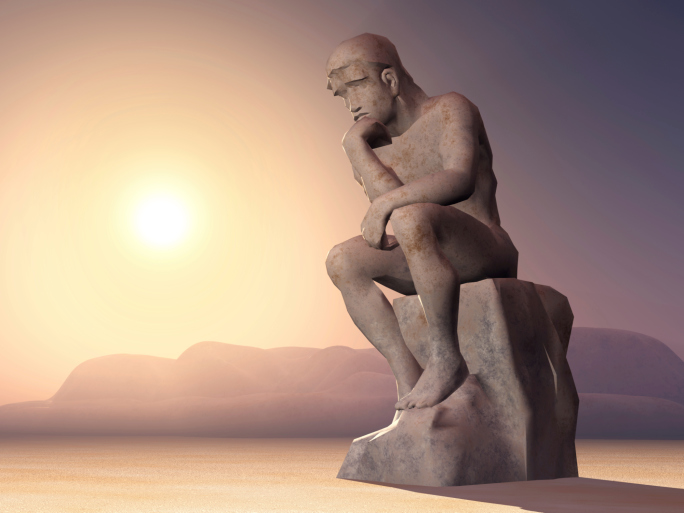 Here’s an interesting tidbit about the 3 fathers of Western philosophy—Socrates, Aristotle, and Plato.  The issue that seemingly most concerned each of them is the same issue that business managers are typically most concerned with: namely, how to build a productive, loyal and ethically-minded team of employees so that a company flourishes.

Admittedly, the 3 philosophers didn’t talk in terms of employees and companies.  They talked in terms of building up citizens to produce a flourishing city-state. But they’re concern was the same: How to cultivate productivity, loyalty and ethical decision-making within an organization.  And so their insights apply to a city-state, a business, a small group, or even a family.

One of the insights of the 3 philosophers is that you can’t separate ethics, loyalty and long-term productivity.  You either talk about them all together, or not at all.

That may initially seem odd. But the biggest thing to get our heads around is the way that Socrates, Plato, and Aristotle conceived of ethics.  If you think of ethics as a set of rules or prohibitions we’re not to violate, then you’ve completely missed the point of what ethics is for these 3 philosophers.

Unfortunately, I think most people today do associate ‘ethics’ with rules and prohibitions.  And that’s because when we hear the word ‘ethics’ we commonly think of industry standards or professional codes of conduct.  So, what’s ethical behavior for a doctor?  Don’t get romantically involved with patients if you’re in a counseling relationship with them; don’t refuse immediate life-saving treatment to patients who lack insurance; and so forth.  What’s ethical behavior for a bank?  Don’t fudge the balance sheets; make sure you follow federal regulatory laws; and so forth.

But these again are industry compliance standards or professional codes of conduct.  Socrates, Plato and Aristotle would not have understood this as getting to the heart of what ethics is.  For them, ethics is the positive cultivation of a certain kind of environment where we can flourish as individuals and as a community.  (That’s why ethics for them is tied up with things like organizational loyalty and long-term productivity.)

Tom Morris is one modern philosopher who has recognized the rich insights that Socrates, Plato, and Aristotle have to offer to the field of business management and business ethics.  He chose a great title for his book on the subject: If Aristotle Ran General Motors.  If Socrates, Plato, and Aristotle were around today, maybe they would set up shop as management consultants.  Maybe not.  Even so, they have huge insights into how people can come to form effective organizations.

Instead of a book, let me attempt the briefest of summaries of the 3 philosophers.  If a business wants to cultivate productivity, loyalty, and ethics in the workplace, it will need to focus on cultivating three things: (1) the pursuit of truth; (2) the pursuit of a “we-self”; and (3) the discovery of creative ways of expressing good will.

Instead of a list of “don’ts”, this is a list of positive things to do.  If a business focuses on doing these three things, I think the wisdom of the philosophers is that ethical issues like legal compliance will largely take care of themselves.  And the morale, loyalty, and productivity of employees will rise.

Iris Murdoch once commented that “at crucial moments of choice most of the business of choosing is already over.”  Businesses (or any organization or group) who wait until there is an important decision to be made, and then encourage employees to be ethical or effective, have waited too late.  The decision largely will have already been made.

The insight of the 3 philosophers is to cultivate an ongoing atmosphere, so that the important and difficult decisions will largely take care of themselves by a workforce that is already loyal, productive, and ethically-minded.  In the next 3 posts I’ll do my best to describe what it looks like to cultivate a workplace atmosphere in which there is a pursuit of truth, a pursuit of a ‘we-self’, and the pursuit of creative expressions of good will.  And I hope we’ll see how these pursuits connect both to ethics and to workplace flourishing.

Your Personal Statement of Purpose

Why Healthcare Matters To God

Creating Godly Space For Others To Grow In Their Work