Give Up the Quest for Middle Ground - Seedbed
close
Menu 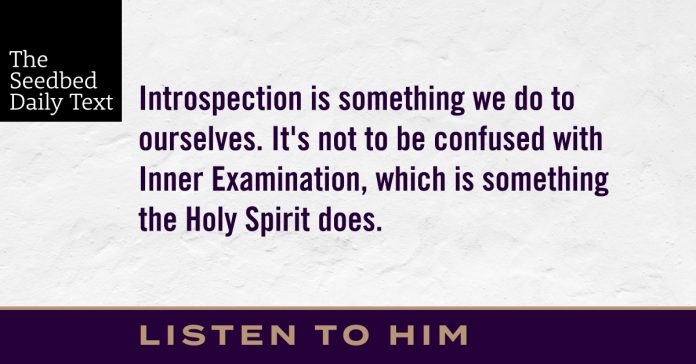 Jesus was driving out a demon that was mute. When the demon left, the man who had been mute spoke, and the crowd was amazed. But some of them said, “By Beelzebul, the prince of demons, he is driving out demons.” Others tested him by asking for a sign from heaven.Jesus knew their thoughts and said to them: “Any kingdom divided against itself will be ruined, and a house divided against itself will fall. If Satan is divided against himself, how can his kingdom stand? I say this because you claim that I drive out demons by Beelzebul. Now if I drive out demons by Beelzebul, by whom do your followers drive them out? So then, they will be your judges. But if I drive out demons by the finger of God, then the kingdom of God has come upon you.“When a strong man, fully armed, guards his own house, his possessions are safe. But when someone stronger attacks and overpowers him, he takes away the armor in which the man trusted and divides up his plunder.“Whoever is not with me is against me, and whoever does not gather with me scatters.“When an impure spirit comes out of a person, it goes through arid places seeking rest and does not find it. Then it says, ‘I will return to the house I left.’ When it arrives, it finds the house swept clean and put in order. Then it goes and takes seven other spirits more wicked than itself, and they go in and live there. And the final condition of that person is worse than the first.”As Jesus was saying these things, a woman in the crowd called out, “Blessed is the mother who gave you birth and nursed you.”He replied, “Blessed rather are those who hear the word of God and obey it.”

I’m going to cut to the chase today.

There is only one secure place to stand in this crazy world and that is “with me,” Jesus says. But if you are not actually “with me” then you are against me. If you are not building what I am building then you are tearing it down.

There is no middle ground. This is really hard teaching. It is so seductive to think we can live in this mushy, moderate, middle place. We can’t, because it’s not a real place. There is either “with me,” or “against me.”

Jesus makes it pretty clear what he means by being “with him.”

He replied, “Blessed rather are those who hear the word of God and obey it.”

One either hears the Word of God and obeys it or they don’t. There is no middle ground.

If there’s one thing we can say of the Word of God, it is consistent.

What good is it, my brothers and sisters, if someone claims to have faith but has no deeds? Can such faith save them? Suppose a brother or a sister is without clothes and daily food. If one of you says to them, “Go in peace; keep warm and well fed,” but does nothing about their physical needs, what good is it? In the same way, faith by itself, if it is not accompanied by action, is dead. James 2:14-17

I know your deeds, that you are neither cold nor hot. I wish you were either one or the other! So, because you are lukewarm—neither hot nor cold—I am about to spit you out of my mouth. Revelation 3:16

Do not merely listen to the word, and so deceive yourselves. Do what it says. James 1:22.

So we have a choice, and the prior texts make clear the choice has consequences. I think that’s what this conversation in today’s text is getting at. The big problem of not being “with him,” which is to say not obeying the Word of God, is it leaves us open to all sorts of danger. Jesus can deliver a person from an impure spirit, but he will not make a person obey the Word of God. If a person delivered from an impure spirit does not obey the Word of God they leave themselves open to an even worse infestation of evil and darkness. It’s either repent or relapse. A clean swept house must now be furnished with obedience to the Word of God.

In all of these texts, we aren’t given threats but bottom line realities.

With each step toward the cross, Jesus takes us deeper into the discipleship of his commitment to us. He teaches us that the sign that we are truly “listening to him” is obeying what we hear. There is a word for this so-called middle ground of listening to him and not obeying. The word is disobedience.

It makes sense. Don’t you think?

These days of Lent are intended for the kind of inner examination (not to be confused with morbid introspection) wherein we open ourselves to a deeper repentance; a closer alignment of our lives with his Word. Introspection is something we do to ourselves. It’s not to be confused with Inner Examination, which is something the Holy Spirit does. It happens when we pray like this and mean it.

Have you considered the reality of Jesus’ commitment to you as a disciple? We mostly think of it as our commitment. Where do you struggle with obedience?