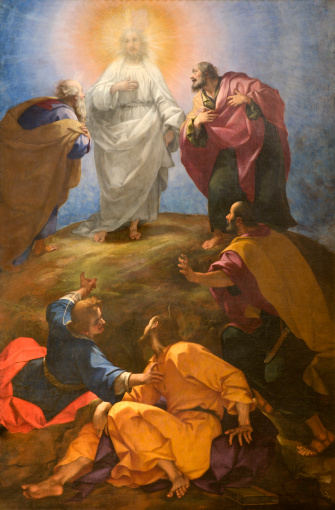 I tell you the truth, some who are standing here will not taste death before they see the Son of Man coming in his kingdom. Matthew 16:28

They scoff, which is

another way of saying

you can’t make me believe

in some kind of middle earth apparition

of Moses, Elijah and  Gandalf the White

or some so-called son of man, shining like the Sun.

a theory of strings leading to

an other world where

faith in math opens up a parallel universe

of probability where Moses, Elijah and

the man in white become admissible

evidence to prove a hypothesis in the

high court of science; only to be filed away

like the Ark of the Covenant at the end

of an Indiana Jones movie.

“Do you not perceive it?”

The thin veil between Heaven and Earth

advanced screening of the Kingdom of God,

ready and waiting to flip the switch

Stay at the Table: Building Community the Way Jesus Did