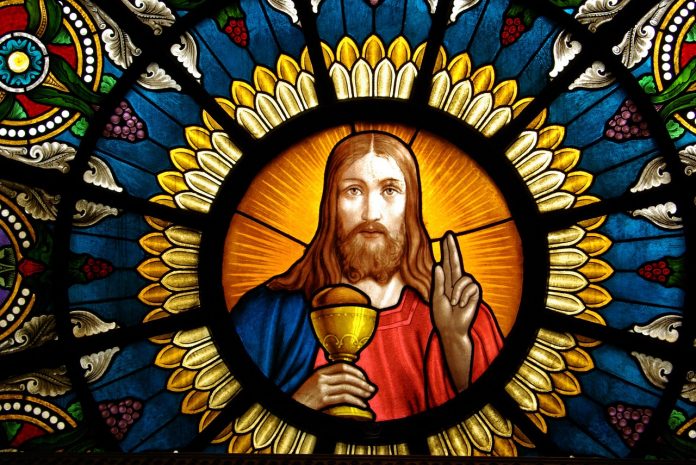 “All authority in heaven and on earth has been given to me. Go therefore and make disciples of all nations, baptizing them in the name of the Father and of the Son and of the Holy Spirit, and teaching them to obey everything that I have commanded you. And remember, I am with you always, to the end of the age.” (Matthew 28:18–20)

“But you will receive power when the Holy Spirit has come upon you; and you will be my witnesses in Jerusalem, in all Judea and Samaria, and to the ends of the earth.” When he had said this, as they were watching, he was lifted up, and a cloud took him out of their sight. (Acts 1:8–9)

When I think about the biblical basis for Christian mission, the words of Jesus in the two passages above come immediately to mind. In the first, at the end of Matthew and commonly known as the Great Commission, the risen Christ commanded his disciples to “go make disciples of all nations.” In the second, at the beginning of Acts, Jesus told his disciples that they will receive the power of the Holy Spirit and will be his witnesses “to the ends of the earth.” For years, these two passages—the Great Commission and the promise of the Holy Spirit—have stood as foundational pillars in undergirding my understanding of the basis for our mission to go into all the world with the gospel of Christ.

Until recently, however, I never grasped the relationship between these pillars and the ascension of Christ. Both of them, in fact, rest firmly upon it. Without his ascension there would be no Great Commission and no promise of the Spirit. It is the basis for both our being sent to make disciples and the Holy Spirit being sent to empower us as witnesses. Mission is possible because of the ascension.

The Ascension and the Great Commission

Look closely at the Great Commission again. Notice before the command to “go make disciples,” Jesus emphatically declared, “All authority in heaven and on earth has been given to me.” In fact, that declaration is the reason we are told to “go make disciples”—because all authority has been given to him. And when was all authority given to Jesus? It was, as Paul said, “when [God] raised him from the dead and seated him at his right hand in the heavenly places, far above all rule and authority and power and dominion. . . [and] put all things under his feet” (Eph. 1:20–22, italics mine).

It is when Christ ascends that all authority—the authority that is the basis for our going to make disciples—is conferred upon him. In an earlier post, we considered what Christ’s ascension and authority means for us in relation to our enemies. Because of his ascension and authority, and our position seated with Christ in the heavenly realms, we emphasized that we can be “more than conquerors” and, in fact, “rule in the midst of our enemies.” In this chapter, we want to focus on another important aspect of his ascension and authority. It is the basis for our going into all the world to make disciples. As Ben Patterson put it, “the great commission is grounded in the authority of Christ’s ascension.”1 Like Psalm 110, the psalm we have repeatedly come back to throughout this book, the New Testament writers also understood Psalm 2 as a messianic psalm fulfilled by the risen, ascended Christ. According to that psalm, though the nations rage and the rulers of this world conspire “against the Lord and his anointed”

(Ps. 2:2), God who sits in heaven laughs and emphatically declares, “I have set my king on Zion, my holy hill” (Ps. 2:6). And to his anointed king the Lord says, “You are my son; today I have begotten you. Ask of me, and I will make the nations your heritage, and the ends of the earth your possession” (Ps. 2:7–8, italics mine).

The nations, then, have been given by the Father to the Son as an inheritance and a possession. Echoing Psalm 2, and on the basis of his authority over the nations, the ascended Christ says to the church, “To everyone who conquers and continues to do my works to the end, I will give authority over the nations . . . even as I also received authority from my Father” (Rev. 2:26–28). Accordingly, Christ’s command that we make disciples of all nations flows from the authority he received when he ascended to the Father’s right hand. “All power and authority in heaven and on earth has been given to me” (Matt. 28:18). This means that the power and authority to carry out the work of redemption and bring it to consummation in every nation has been placed in the hands of the risen, ascended Christ!

Do you see, then, how the Great Commission is grounded in the authority bestowed upon Christ through the ascension? And, as if that weren’t enough, there’s more! After Jesus commissions them to make disciples in every nation, he immediately adds, “And remember, I am with you always, to the end of the age” (Matt. 28:20). Jesus promises that wherever they go, they will never be alone. He will always be with them.

And it’s because of his ascension into heaven that he can make that promise. As we emphasized earlier, because he is in heaven, he can now “fill all things” (Eph. 4:10). That means Christ can now be personally present, not just in one place at one time, as during his earthly life, but in all places at all times. Through the Holy Spirit, the ascended Jesus, who is in heaven, is here now with us on earth, in person, every moment, every day, everywhere. 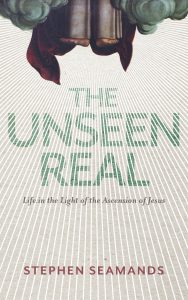 The early Christians believed that when Jesus ascended into heaven he had been installed and exalted as King, reigning as Lord of all. Today, it’s more tempting to view Christ’s kingship as only symbolic—as we treat contemporary British monarchs. With sin and suffering, pain and brokenness, evil and injustice all around, how dare we proclaim that Jesus is reigning now? So we push his kingship off into the future when he returns.

In The Unseen Real: Life in the Light of the Ascension of Jesus, Dr. Stephen Seamands explores the ascension of Christ, not as it relates to the past or the future but to the “here and now.”