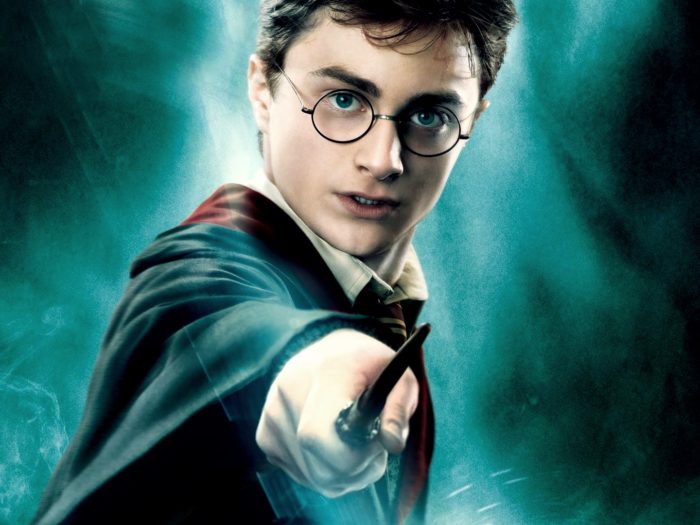 “No story lives unless someone wants to listen. The stories we love best do live in us forever.” JK Rowling spoke those words at the 2011 Premier of Harry Potter and the Deathly Hallows Part II. I remember observing the closing of an era. I grew up with Harry Potter—first the books, then the movies. I have summer memories of reading Harry Potter and the Goblet of Fire in my childhood home, on the couch, wishing that there could be more than 636 pages. Then, it became a tradition in my family to watch the newest Harry Potter movie during Thanksgiving break. I saw every Harry Potter movie that premiered during the month of November in Kansas City, Kansas, during the Thanksgiving Holiday with my family.

Just as any Harry Potter fan, I was delighted to hear that that the eighth story, Harry Potter and the Cursed Child, would be released in script shortly after its debut on stage in London in July 2016. It picks up where Harry Potter and the Deathly Hallows left off. The trio, Harry, Ron and Hermione are all grown and married with children, and the story features the adventures of Albus Potter, Harry’s son, and Scorpius Malfoy, Draco Malfoy’s son.

The eighth book is different than the original seven books series, partly because it was written as a play. Readers do not get the effects that come along with a production on stage; however, I think the heart of the story shares in the nature of the original Harry Potter books. One of the greatest and most lasting lessons that JK Rowling ever taught her readers about was the value of true friendship. In Harry Potter and the Cursed Child, there is indeed more to learn.

While various themes such as good and evil, light and darkness, redemption, and courage are taught in the Harry Potter series, the focus on friendship is consistent. One of the most beautiful moments in Harry Potter and the Sorcerer’s Stone is at the end when Gryffindor beats Slytherin to win the House Cup. Hermione receives 50 points for her use of intellect, Ron, 50 points for a well-played game of chess, Harry, 60 points for exercising bravery and courage, and Neville Longbottom receives 10 points for standing up to Harry, Ron and Hermione when they sneak out of the Gryffindor common room. Together, they earn enough points to win the House Cup, and the common denominator that binds their extra point earnings together is their selflessness towards each other—their friendship.

CS Lewis notes that friendship is one of the greatest loves. He says that “we picture lovers face to face, but friends, side by side; their eyes look ahead.” There are many moments in the Harry Potter series where friends walk forward, standing side by side. It’s the only way that goodness prevails and Voldemort is defeated. While reading Harry Potter and the Cursed Child, I noticed right away the value of friendship between Albus Potter and Scorpius Malfoy. Their own friendship brought healing to the rift between their parents. Then, when readers see few apparent ties between Albus and Harry, we learn that that they have more in common than we originally expected. My favorite part of the book comes in Part Two: Delphi [spoiler alert], the revealed daughter of Lord Voldemort and Bellatrix Lestrange, is torturing Scorpius and kills Craig Bowker Jr. Albus stands in shock as she tortures his friends, and she looks at him and says this:

The stories we love best really do stick with us; they teach us values and touch our souls with truth in deep ways. The truth of friendship that Rowling has taught through story is one that not only passes on from father to son—Harry to Albus—but from author to reader. Rowling reminds us that true friendship is about desiring the very best for each other and for the world. It brings out the intrinsic beauty, and the trueness and the realness of another person—what we might call the Image of God. There’s something beautifully redemptive about that message. The continued relevance of Harry Potter shouldn’t surprise us. We are people who latch on to stories that proclaim beautiful truths. While Rowling’s world of Wizardry has always been fanciful and adventurous, her plot lines and character relationships have always sung truth to our souls. Harry Potter and the Cursed Child is no different in that sense; it carries on in familiar song.