The Day Jesus Jumped the Shark 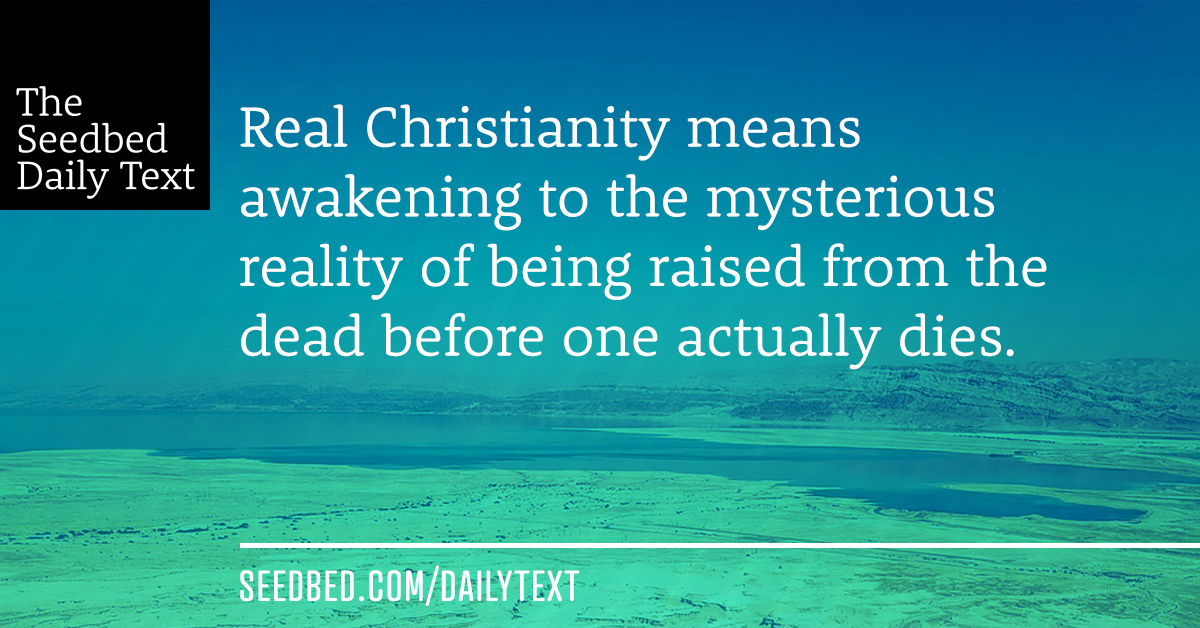 The Jews answered him, “Aren’t we right in saying that you are a Samaritan and demon-possessed?” “I am not possessed by a demon,” said Jesus, “but I honor my Father and you dishonor me. I am not seeking glory for myself; but there is one who seeks it, and he is the judge. Very truly I tell you, whoever obeys my word will never see death.” At this they exclaimed, “Now we know that you are demon-possessed! Abraham died and so did the prophets, yet you say that whoever obeys your word will never taste death. Are you greater than our father Abraham? He died, and so did the prophets. Who do you think you are?”

I try to keep references to pop culture to a minimum in the Daily Text, but sometimes I can’t resist. The phrase “jump the shark” has come to be identified with a particular episode in the fifth season of the popular fifties-themed television show, Happy Days, when Fonzie strapped on a pair of water skis and did a ski jump over a live shark. The phrase has come to represent the point at which a television series crosses the line from reasonable to ridiculous. The Fonz wears leather jackets and rides motorcycles. He doesn’t water ski and, for crying out loud, he doesn’t jump sharks!

It strikes me from the perspective of the Jews, this was the day Jesus jumped the shark.

“Very truly I tell you, whoever obeys my word will never see death.”

Really, Jesus?! From Adam to Abraham to Elijah to Ezekiel, everybody dies. Okay, well there was that chariot of fire thing with Elijah, but still. This present audience became convinced at this point that Jesus had gone stark raving mad. Sure, they believed in the resurrection of the dead, but that would not happen until the end of the age. Jesus clearly meant something beyond that. He just said his followers would not die. He skipped right over impossible and landed on incredulous.

Then there’s Lazarus. Sure, Jesus raised him from the dead, but in order to be raised from the dead you must be dead first. Then there’s that little problem of resuscitation where you have to die yet again later.

Jesus is talking about resurrection here, as in, “I am the resurrection and the life. The one who believes in me will live, even though they die; and whoever lives by believing in me will never die. Do you believe this?” (John 11:25-26).

He’s not talking in general about the resurrection of the dead. Neither is he talking about not physically dying. So what is he talking about? “Very truly I tell you, whoever hears my word and believes him who sent me has eternal life and will not be judged but has crossed over from death to life” (John 5:24).

Jesus is talking about the crossing over from death to life—now. He means something happens to those who believe in him that renders death dead. It’s called eternal life—which means, in essence, one dies to death before they die, which awakens them to life while they are alive—never to die again! It means we are already raised from the dead. It’s why Paul will later say, “Wake up, sleeper, rise from the dead, and Christ will shine on you” (Eph. 5:14).

Real Christianity means awakening to the mysterious reality of being raised from the dead before one actually dies. It is impossible. It is incredulous. It is inconceivable. It is . . . real.

So did Jesus jump the shark? The only way to find out is to follow him into the jaws of death.

Abba Father, we thank you for your Son, Jesus, who is the death of death and the birth of true life. Come, Holy Spirit, and awaken us to this life in a way we thought we knew but did not. Wake us up. We pray in Jesus’ name, amen.

1. Are you ready to jump the shark—to move beyond the impossible to the incredulous?

2. Could you be yet asleep to the fullness of the life Jesus has for you? Preach Ephesians 5:14 to yourself over and over again.

The Day Jesus Jumped the Shark