47 “Once again, the kingdom of heaven is like a net that was let down into the lake and caught all kinds of fish. 48 When it was full, the fishermen pulled it up on the shore. Then they sat down and collected the good fish in baskets, but threw the bad away. 49 This is how it will be at the end of the age. The angels will come and separate the wicked from the righteous 50 and throw them into the blazing furnace, where there will be weeping and gnashing of teeth.

51 “Have you understood all these things?” Jesus asked.

52 He said to them, “Therefore every teacher of the law who has become a disciple in the kingdom of heaven is like the owner of a house who brings out of his storeroom new treasures as well as old.”

“From thence he shall come to judge the quick and the dead.”

These familiar words come from the Apostles Creed. Anyone who has affirmed the Apostles Creed for any length of time knows how easy it is for these twelve cataclysmic words to roll right off our tongue with the ease with which we might ask for another donut.

On the final judgment and the consummation of the Kingdom of Heaven on Earth the Bible speaks clearly, consistently and unapologetically. If, indeed, the final state of affairs will come to such a day as this, would it not be the most merciful act in the world to share it with us in advance? This “not yet” dimension of the Kingdom is meant to incite and encourage us to align ourselves completely with the “already” dimension of the Kingdom. E. Stanley Jones, one of the greatest missionaries of the twentieth century put it this way:

Some pick out one set of passages and some the other. But to do so disrupts the account, for both are obviously there. And we need both. Gradualism gives me my task. I can be the agent of the coming of that Kingdom now. It can come through and as me. Apocalypticism, the sudden coming, gives me my hope. The last word will be spoken by God, and that last word will be victory.”

Talk #3, Jesus’ discourse on the parables of the Kingdom, began with the “already;” the soil and seeds. It ends with a vision of the “not yet;” fish and nets and the end of the age. We know what is to come and we know what is immediately before us. Jesus doesn’t stop there. He finishes with the most important question of all. It’s the one we will end with today.

“Have you understood all these things?” Jesus asked.

How do we answer this question? My answer: I think I’m beginning to understand but I still have a lot more questions.

There’s a big difference between thinking I understand and actually understanding. That’s why seeking first the Kingdom and his righteousness is what matters most now. 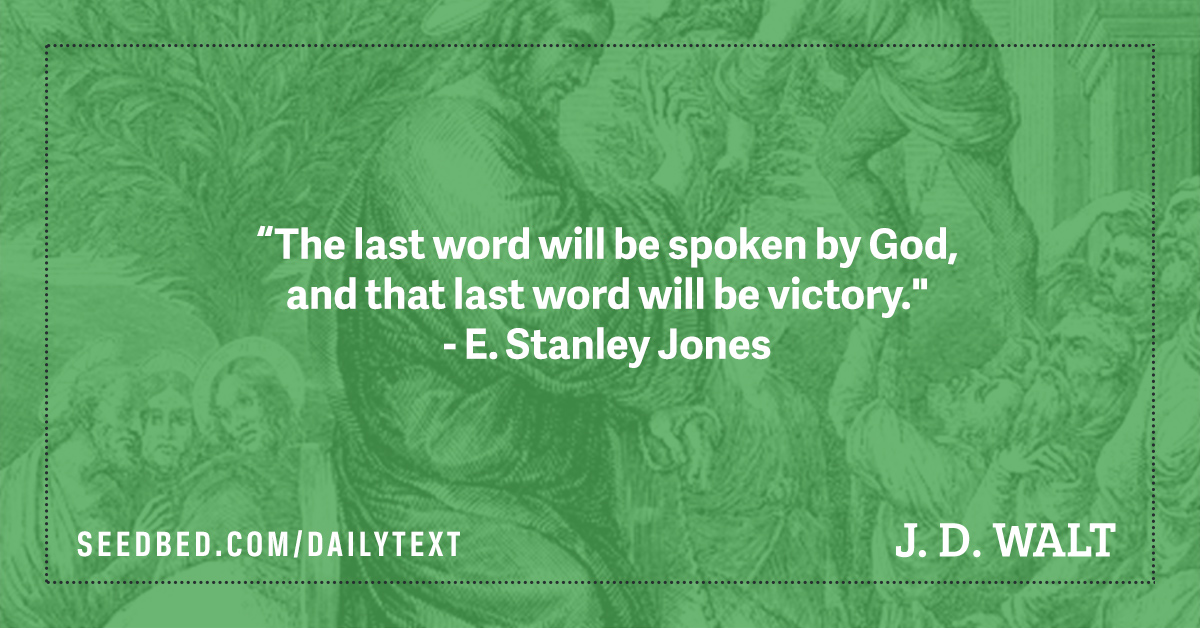 1. So how about it– have you understood all these things?

2. What do you better understand about Jesus and his Kingdom than you did before? Take time to articulate this.

3. Where might the gaps be in your understanding? What are your questions?