The Glory of God: Worship and Watching - Seedbed
close
Menu

I have posted watchmen on your walls, Jerusalem; they will never be silent day or night.  You who call on the Lord, give yourselves no rest, and give him no rest till he establishes Jerusalem and makes her the praise of the earth. — Isaiah 62:6-7

Do you remember Asa, the security guard at the Mayberry bank on The Andy Griffith Show?  Asa was not the most attentive watchman.  For starters, he was usually asleep in his chair when Andy and Barney walked in the bank.  And do you remember Asa’s bullet?  There is a scene when Barney (ever proud of the bullet in his pocket) asks Asa to produce his bullet for inspection.  Asa draws his gun (which falls apart), then brings forth an obviously neglected bullet covered in mold.  Barney is mortified.

Asa’s defense when caught asleep or with a moldy bullet is that nothing ever happens, not in Mayberry.  Why be ready, when everything today will be just like everything yesterday, and everything tomorrow will be more of the same?

In the world of Barney Fife, that is terrible logic.  For Barney, every day that nothing happens is one day closer to the day something big happens.  Isaiah would have appreciated Barney’s vigilance.  For the biblical watchman, every day God hasn’t shown up is one day closer to the day he does show up.  In fact, Isaiah would say that in the very act of praise—in every experience of acknowledging the goodness and power of God—gates are opened between the physical and spiritual realm, through which the glory of God flows.

Watchful worship anticipates the glory of God in the praises of His people.  When praise opens a gate the traffic flows in both directions.  As we move through the gates of praise, the glory of God flows toward us.  We become the watchmen on the wall that Isaiah references, scanning the spiritual horizon watching for God’s presence to manifest.  For every moment we watch and wait, we are a moment closer to the experience of God’s glory.

There is a powerful line embedded in a story in Luke, chapter nine, that seems to point to this reality.  Jesus begins with a word about the connection between our acknowledgement of God’s glory and God’s acknowledgement of us.  He says, “ If any of you are ashamed of me and my words, the Son of Man will be ashamed of you when he comes in his glory and in the glory of the Father and of the holy angels” (Luke 9:26).

The story goes on:  “About eight days after Jesus said this, he took Peter, John and James with him and went up onto a mountain to pray.  As he was praying, the appearance of his face changed, and his clothes became as bright as a flash of lightning.  Two men, Moses and Elijah, appeared in glorious splendor, talking with Jesus. They spoke about his departure, which he was about to bring to fulfillment at Jerusalem.  Peter and his companions were very sleepy, but when they became fully awake, they saw his glory and the two men standing with him” (Luke 9:28-32).

“When they became fully awake, they saw his glory.”  I am both exposed and educated by that line.  I recognize myself in the state of Jesus’ disciples.  I am more “Asa” than “Barney” in my approach to the spiritual realm.  What must I be missing, because I’m not fully awake?  If I am not seeing God’s glory is it because God’s glory is absent, or is it because (spiritually speaking) I am trodding through life half asleep?  As Thomas Merton says, the gate of Heaven is everywhere.  Only those who are fully awakened spiritually will recognize the open gates, pass through them and experience the glory of God.  The gate of Heaven is opened by watchful worship.

What if God is closer to showing up today than he was yesterday?  What if the gate to glory is as close as the practice of praise?  What if my posture makes the difference between encountering God and ignoring Him? 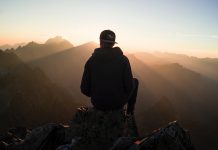 Longing for Real Life by the Power of the Holy Spirit 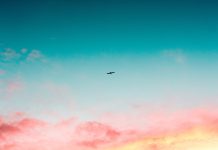 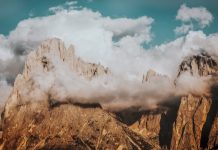 In Him All Things Hold Together 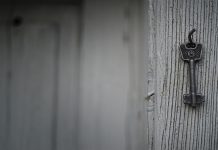 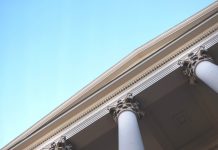 Christians Need Both Wisdom and Revelation 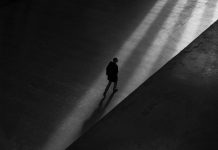 When Praying: Surrender in General, Obey in Particular