The God Who Cries with Us - Seedbed
close
Menu 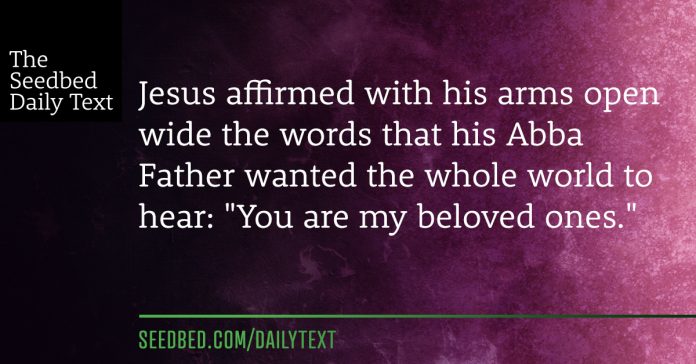 After the wise men were gone, an angel of the Lord appeared to Joseph in a dream. “Get up! Flee to Egypt with the child and his mother,” the angel said. “Stay there until I tell you to return, because Herod is going to search for the child to kill him.”

That night Joseph left for Egypt with the child and Mary, his mother, and they stayed there until Herod’s death. This fulfilled what the Lord had spoken through the prophet: “I called my Son out of Egypt.”

Herod was furious when he realized that the wise men had outwitted him. He sent soldiers to kill all the boys in and around Bethlehem who were two years old and under, based on the wise men’s report of the star’s first appearance. Herod’s brutal action fulfilled what God had spoken through the prophet Jeremiah:

“A cry was heard in Ramah—
weeping and great mourning.
Rachel weeps for her children,
refusing to be comforted,
for they are dead.”

Last year I met a friend who is a missionary in Guatemala, living and serving with people who live in economic poverty there. The love he has for those he lives and serves with exudes from him in waves of joy that you instinctively want to be around. It’s obvious that he didn’t go to Guatemala to “fix” the plight of the poor who live there. Instead, he entered their community so that their joys would become his joy and that their sorrows would become his sorrow.

He simply loved them and wanted to be with them.

In the fall of 2018, my friend joined in a migrant caravan that was making its way from Honduras to the United States border. He wanted to be with these people and to hear their stories as they fled from their communities, escaping brutality and oppression, desiring a home where they could feed their families and store up provision for the future.

My friend took small videos of refugees telling their stories on his phone and posted them on Facebook so that people like me, far away in another country, could hear their stories. One video was of a little girl he met in the caravan.

In the video, the little girl’s tired eyes look up at him as she sits on the ground, her mother behind her. Her lips are chapped and sores extend from her nose to her mouth and chin. She asks my friend if he’d like her to sing him a praise song. He tells her of course he would.

And she starts to sing.

When I hear stories like this—stories of children suffering, enduring abuse, being caught up in the power plays of leaders and governments, a despairing voice inside me cries, Where is God in all of this? And in the midst of my questioning, I read our passage for today.

Mammas are weeping for their little children. They cannot be consoled.

A despotic and insecure ruler has murdered all the boys in Bethlehem aged two and under.

The place made holy by God’s arrival as the Son of Man is now bathed in the blood of his brothers. The idyllic scene of the Holy Family nestled in a manger, basking in the glow of angelic light has faded. Now the God-child flees, and we see him fleeing with all of us, joining in the human flight from suffering, oppression, death.

In the desert, fleeing the mouth of the destroyer, his mother holding him close.

Walking in the dust, proclaiming that a new way of God is at hand, a new kingdom where leaders don’t lord it over others, where the first is the servant of all, where God washes feet.

Inside my skin, moaning within me over the exhausted little girl who is still singing her song.

Hanging on a cross, having emptied himself of himself to the very last drop, suffering in solidarity with the entire human race, affirming with his arms open wide the words that his Abba Father wanted the whole world to hear: “You are my beloved ones.”

He is here, crying with us.

The little girl in the caravan sang a beautiful praise song to my friend. She sang in Spanish, but since my friend is also fluent in the language, he was able to translate. These are the words of her song:

Jesus, you know our suffering.

Please minister to the crying ones in our world today.

Comfort them and comfort us in our pain.