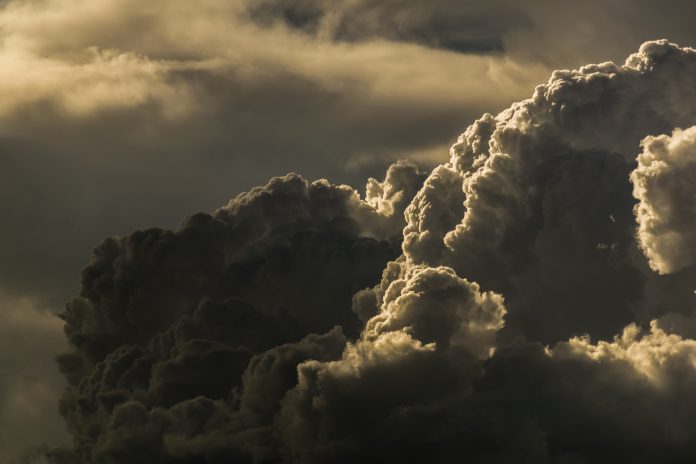 In the sixth century BC, the Judean people had lost everything. They had lost their country, their homes, many of their family members, their livelihoods—but even more, their hope. They had been sure that they were the chosen people of Yahweh, who was the sole God of the universe. They had been certain that he would protect them from the pagan Babylonians, who worshiped false gods, gods made with human hands. Surely, they thought, he would not allow his holy city and temple to be destroyed by people like that.

But now the unthinkable had happened. The Babylonians had captured all the land, and after a siege extending over two and a half years, had captured Jerusalem itself, desecrating the temple and destroying the city that had dared to rebel against them. Then they took the leadership of the nation into exile in Babylon, leaving only the poor and helpless behind.

But as bad as all that was, the worst thing was the almost inescapable conclusion that all their religious convictions had been wrong. Apparently they were not the chosen people; apparently Yahweh was not the sole god of the universe; evidently he was not even strong enough to defeat the Babylonian gods. All the promises that had shaped their lives were apparently false. How do you go on living when there is nothing left to live for?

To be sure, if the Judean people had listened to their prophets, they would have had a better understanding of what was happening. These recent events had not been a contest between Yahweh and the pagan gods, but were an example of Yahweh’s ability to use even pagan nations to discipline his people.

Indeed, the Judeans were his chosen people, but that did not, as they thought, give them a “pass” to live any way they chose and still be guaranteed security, comfort, and pleasure. In fact, precisely because he had chosen them and entered into an exclusive covenant with them, the expectations were all the higher. What happened to them was the result of nearly a thousand years of breaking their covenant over and over until even the patience of God was worn out.

So what does Yahweh say to these discouraged, disillusioned, defeated, sinful people? Is he done with them? Has he given up on them? If he is not defeated by the Babylonians, is he defeated by the Judeans’ persistent sinning? Isaiah 40 answers these questions with a resounding, “No.” God’s love for them has not changed; his power over all creation is not diminished, and his intention to deliver them is forever the same. He wants to deliver, he can deliver, and he will deliver. He says the same to you and me. Whatever the bondage in which we may find ourselves, this delivering word is for us. 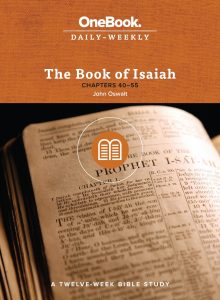 If  you’d like to learn more about God’s message to his people through the prophet Isaiah, you’ll enjoy John Oswalt’s OneBook Bible study, Isaiah: 40-55. In this study, you’ll:

Get your copy of the book and videos from our store here.