The Missionary Problem: “Another Generation Grew Up” - Seedbed
close
Menu 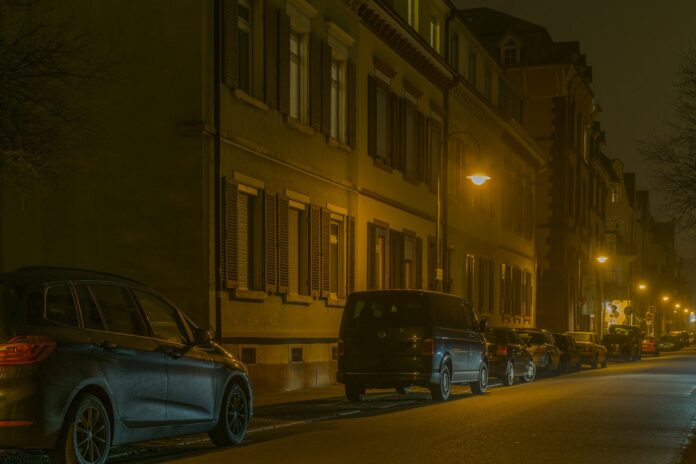 Once again, we are in a situation similar to Judges 2:10, “Moreover, that whole generation was gathered to their ancestors, and another generation grew up after them, who did not know the Lord or the work that he had done for Israel” (italics mine). A famous quip attributed to Mark Twain states, “History doesn’t repeat itself, but it often rhymes.” The missionary problem is concerned with the increasing 60 percent of the population that have no connection with the church.

Len Sweet and I propose in our book Contextual Intelligence: Unlocking the Ancient Secret to Mission on the Front Lines that in these times, we need Issacharian leaders, “Of Issachar, those who had understanding of the times, to know what Israel ought to do” (1 Chron. 12:32).1 In this passage, the people are in a liminal space, a time between the times, various constituencies of the tribes are rallying around David in the wilderness. The tribe of Issachar shows up; the semioticians—known as the sign readers—could see the signs and “knew what to do.” We need some semioticians to arise, some Issacharian sign readers, who can read the shifts and know how to engage the culture. IQ (intelligence quotient) and EQ (emotional quotient) are important, but some CIQ (contextual intelligence quotient) is sorely missing and needed in the church today.

What does it mean for the church to develop some contextual intelligence in this scenario of in-between-ness?

The Greek word for “signs” is semeia, from where we get the word semiotics. Len Sweet defines semiotics as “the art of making connections, linking disparate dots, seeing the relationships between apparently trifling matters, and turning them into metonymic moments.”3 Sweet goes on to remind us that Jesus instructed us to do semiotics: “You know how to interpret the appearance of the sky, but you cannot interpret the signs of the times” (Matt. 16:3).

Order Deep and Wild: Remissioning Your Church from the Outside In!

Has the church lost our semiotic prowess? How can we awaken from our apostolic amnesia, pay attention, see the signs around us, and attune ourselves to the disruptive work of the Holy Spirit? How can we cultivate some contextual intelligence?

Perhaps the greater challenge is to know what to do. If we take our cues from Jesus and the early church, some adaptation is before us. Jesus and his disciples read the signs, immersed themselves relationally in the context of the people’s daily lives, and became a community of transfiguration within it.

Hans Küng demonstrates how throughout various epochs of history, the church has mirrored the culture. Christianity is always “shaped by the particular concrete form it takes at a period in history.” He writes further, “Every age has its own picture of Christianity which has grown out of a particular situation, lived out and formed by particular social forces and church communities, conceptually shaped beforehand or afterwards by particularly influential figures and theologies.”4

We can see strong parallels between the church and dominant societal structures from age to age. The rise and decline of various iterations of the church reflect global cultural movements, as “new forms of faith grow alongside cultural developments.”5 So denominations in the US structured after the twentieth-century corporation can learn from the emergent structures and forms of a globalized network society.

Küng also provides caution that cultural adaptation can of course go too far, when the church “adapts itself and becomes enslaved by the present age or culture, and so abandons itself equally uncritically to the disasters of total changeability. . . . It must not identify itself completely with the programmes and myths, illusions and decisions, images and categories of any particular world or era.”6 This is both a description of exactly what has happened to the church in the US, and a warning for the task of adaptation before us in a network society.

The Gospel With Culture

Authors of Missional Church write, “There is no cultureless gospel. . . . the church is always bicultural, conversant in the language and customs of the surrounding culture and living toward the language and ethics of the gospel.”7 Perhaps H. Richard Niebuhr missed something in Christ and Culture. It’s not Christ against, of, above, in paradox, or even as transformer of culture. Christ and culture are not equitable concepts. Jesus was with culture, incarnate within, while embodying a holiness that transfigured it from the inside. Through withness, God uses the fallible church to draw people into the perichoresis—the circle dance of the Trinitarian life.

Jesus shows us to “empty ourselves,” come fully into the space of the other, and incarnate God’s love amid a spiritually hungry world (Phil. 2). We can make this love accessible in new ways, if we don’t bury our head in the sand and ignore the changes around us. We can listen, engage, and find fresh ways to offer communal life in Jesus.

So, while the content of fresh and vintage forms of gospel wine don’t change, the delivery mechanism—the wineskins of the church’s structures—are always changing within a certain spectrum (Matt. 9:17). These forms must be derived from the very life of Jesus. The gospel must be planted to grow wild in ever-changing contextual soils.

Order Deep and Wild: Remissioning Your Church from the Outside In!

The significance of decline calls for some deep contextual intelligence and some prayerful sign reading. A massive 2010 study by the American Church Research Project, surveying more than 200,000 churches, discovered that about 17 percent of the population attended church on any given Sunday. It is not a secret that the overall population growth rate far outpaces the church’s rate of growth. These figures are even more disconcerting than other research that puts regular church attendance much higher (around 40 percent). Unfortunately, numerous studies demonstrate people report going to church more than they really do.8

Robert Putnam notes that careful survey comparisons reveal that parishioners “misremember” whether they attended services, overreporting attendance to a tune as high as 50 percent.9 In clergy circles the term Chreaster (those who attend church on Christmas and Easter) has been used to describe these “regular attenders.” What some data are really measuring is whether North Americans think of themselves as regular attendees.10

Furthermore, Thom Rainer’s research demonstrates that 65 percent of current church attendees come from the “builder” generation, those born before 1946.

These staggering statistics, and the convergence of other forces, led Lovett Weems to write of a coming “death tsunami” for the United Methodist Church. Weems’s work can be easily applied to churches across the theological and denominational spectrum. He advocates for churches in a decline spiral to reset their financial baseline and to reorient their congregations around a new criterion, “reaching people, and the whole system needs alignment toward that goal.”11 Adopting the fresh expressions approach helps churches realign in this way. This is partly what creates the melee that Travis Collins describes as “mecessary,” as many churches in decline are primarily focused on taking care of their own, preoccupied with money to keep the church alive.12

Weems offers staggering statistics showing decreases of what he calls the “people down” trend in United Methodism (decreases of percentages from 1968 to 2009):

He makes a sobering statement: “Aging members with increased assets and generosity cannot substitute forever for the neglect of the basics on which all giving depends—changed lives and transformed communities.”14 An aging membership, coupled with a projected rise in deaths predicted between 2021 and 2050, places the US church on the edge of a “death tsunami” like something we have never experienced before.15

The new missional frontier requires a both/and approach to neighborhood and network. 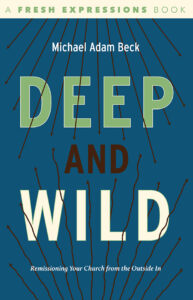 This is an excerpt from Michael Beck’s book, Deep and Wild: Remissioning Your Church from the Outside In. This work will help readers:

For better or worse, Jesus entrusted his mission to “make disciples of all nations” to us , and it starts in our own neighborhood. On the new missional frontier, being deep is not enough—God is calling forth some missional wild ones. We need to be deep and wild!

Across the United States and beyond, the God who makes all things new is up to something. Amid a Christian landscape that looks and feels like a desert of decline, new oases of the Spirit are springing forth. Inherited congregations with long histories and eep roots are experimenting with cultivating wild forms of church called “fresh expressions.”

Whereas revitalization often involves internal adjustments (an inside-out approach with better preaching, better coffee, better programs, etc.), remissioning through fresh expressions involves an outside-in approach. This book is a guide to help local church folks, the everyday heroes of the faith, make this much-needed journey toward vitality for the twenty-first century church.

You can also purchase the concise version of Deep and Wild titled Deep Roots, Wild Branches for your team here.

© Seedbed 2021
The Missionary Problem: “Another Generation Grew Up”
MORE STORIES