Every year about this time, some United Methodist pastors begin getting calls from district superintendents about new pastoral appointments. Even if you’re not United Methodist, you know that spring is generally the time when pastors and churches in the Wesleyan tradition make leadership transitions. Chances are that if you pass a moving van on the highway in the next couple of months there will be a set of John Wesley’s Journals somewhere in a box inside the trailer

A change in appointment brings with it equal parts of excitement and anxiety. As Kurt Schuermann says in his great little book Ministry is a High Calling: Aim Low, “Arriving at a church is a lot like jumping on to a moving train. Leaving a church is like jumping off the same train a few miles down the track. Both events can be disorienting and painful.” I would also add “dangerous.” The cost of a bad start between a new pastor and congregation can be disastrous in terms of conflict, decreased attendance and financial giving, and lost momentum. Indeed, one piece of research on leadership transition suggests that the failure rate is 40 percent. Not only can you miss the train, it can actually run over you!

But there’s a lot of hope in transition as well, and tapping into that hope involves both the new pastor and congregation working intentionally through the transition process. Planning for transition, especially those critical first 90 days or so, provides a framework for both congregation and pastor to learn about one another, clarify expectations, and shoot for some early wins that build momentum and move them toward the future together.

In February of 2010, I got a call from my district superintendent about a new pastoral appointment. I had been happy where I was for seven fruitful years, but I looked forward to the new challenge, even though I would be following a much beloved pastor who was retiring. I also wanted to make sure that I left my current church well and entered the new church with a good start-up plan. I read some literature on clergy transition, but a lot of it strongly recommended doing nothing for a full year. While that might be good advice in some settings, most churches are looking to a new pastor to bring new energy and vitality along with the moving van and boxes of books. The conventional wisdom is that change is hard, but it can also be transformational if it’s handled well.

Using some of the newer wisdom on transition from experts like Harvard Business professor Michael Watkins, I developed a ten-point plan with the Staff-Parish Committee of the new church that we executed together over the first few months after my arrival in July. With the help of a transition team from the church, I began the process of learning about the congregation while simultaneously fixing some long-standing problems that became early wins. At the end of three months, we saw our attendance go up by 15% and our giving by a whopping 25%. It was clear that people were buying into the change, and I believe it’s because we managed the change intentionally, clearly, and together.

The free Seedbed short, So You’re Moving: Guidance for Pastors and Churches in Leadership Transition, describes the ten key tasks we executed in the transition and provides you with some tools and ideas on how you can create a similar kind of plan. I’ve been teaching this plan at workshops in the Rocky Mountain Conference, and my dissertation research through the Beeson Center at Asbury Theological Seminary reveals that other churches who are using this planning process are experiencing accelerated and energized growth in the first few months of transition. Here’s hoping that it helps you jump safely on the train!

If you’re looking for a more in-depth guide to help you along the process, consider the Your Best Move: The Transition Package available in the Seedbed store. 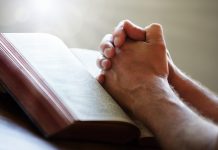 The Practicality of Prayer through Pastoral Transitions 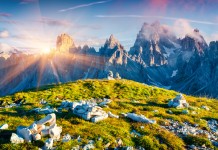 The Unexpected Move of the Holy Spirit