The Odds Are Never in Our Favor, or, Why Optimism Isn't the Solution for Pessimism - Seedbed
close
Menu 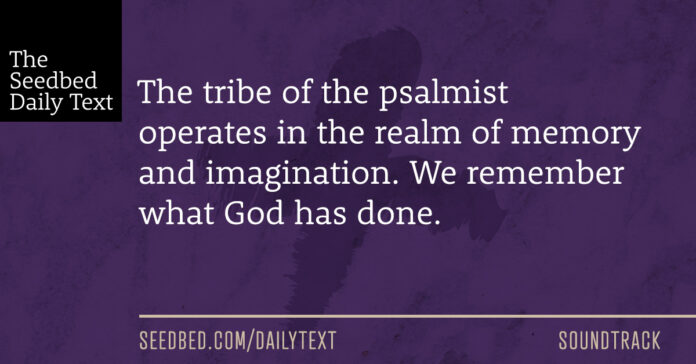 To the tune of “Come Thou Fount of Every Blessing” 87.87 Sing it at seedbed.com/soundtrack

1 Rescue me, O Lord, from evil,
violent men—O protect me!
2 They devise plans in their hearts and
stir up evil constantly.

3 They make tongues as sharp as serpents,
poison is upon their lips;
4 Keep me, Lord, protect me from them,
for my feet they plan to trip.

5 Proud men hide a snare to catch me,
they set traps along my way.
6 I cry, “Lord, You are my God”; and
for Your mercy I will pray.

7 Sovereign Lord, my strong deliverer;
for the fight, Your shield I need;
8 Don’t grant wicked their desires, Lord;
do not let their plans succeed.

9 May all those who do surround me
be entrapped in their own lies;
10 Burning coals fall down upon them,
thrown in fire, never to rise.

11 Let not slander be established;
anywhere the land around;
Those who slander, men of violence—
may disaster hunt them down.

12 For I know the Lord loves justice,
and upholds the needy’s cause;
13 And the upright ones will praise You;
they will live who love Your laws.

Because of my brutal realism at times, people often mistake me for a pessimist. Early in our friendship, in response to my grim assessment of a particular situation, my friend asked me in a slightly sarcastic tone, “So J. D., are you a pessimist or an optimist?”

“Neither,” I quickly retorted, and just as I was about to tell him I was a realist, a new word came to me with the suddenness of certainty. “I’m a hopefulist.”

Pessimism and optimism are both boxed-in ways of thinking. They form a finite continuum somewhere along which our general dispositions tend to hover. Most of us would claim neither end of the spectrum, preferring some version of realism. We like to call it a “third way.” We frame it like a pragmatic compromise.

The psalmist shows us a different way. Rather than fretting endlessly in analysis over the pros and cons of this move or the other and the probable outcomes, the psalmist sings his way into the divine perspective. The psalmist refuses to ignore the reality that he is hiding in a cave. He will not put a nice face on a miserable circumstance and apparent defeat. He initially comes off as a pessimist. Neither does the singer succumb to the optimistic possibilities of conventional warfare. He refuses the overtures of positive thinking. He remembers God.

The Psalms simply do not exist on the two-dimensional human continuum of pessimism and optimism and realistic outcomes. These songs create another spectrum altogether. The tribe of the psalmist operates in the realm of memory and imagination. We remember what God has done. We imagine what he is capable of. We do not fret as to whether the odds are in our favor precisely because we are not betting on ourselves. The odds do not matter one whit to those who are already “all in.” It is God with whom we deal, not our detractors or enemies.

Yes, I am a hopefulist.
“And He must win the battle.”
—Martin Luther,
“A Mighty Fortress Is Our God”

The psalmist teaches us the soundtrack of hope. Do we have the audacity to sing along?

How about you? Are you a pessimist or an optimist? A realist? Do you grasp the distinction between these options and becoming a hopefulist? Do you grasp that hopefulism is not a fourth option or a middle way, but a complete paradigm shift? What would that look like for you?