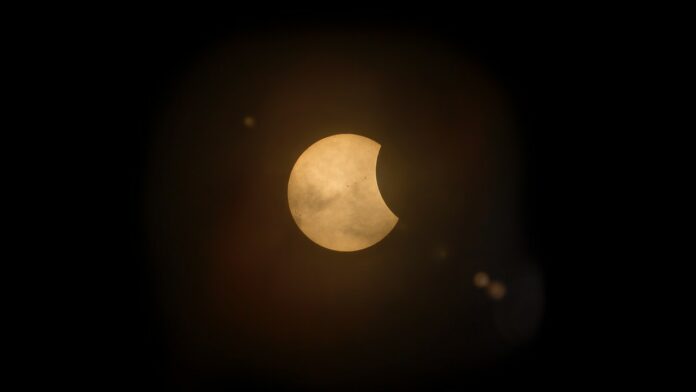 In Nehemiah, after the group became effective at working with the trowel in building the wall, there came a time when their enemies gathered and they had to become skilled with the sword. What a picture for an effective gospel worker: a trowel of evangelism in one hand and a sword of prayer in the other. Such a person will not only find their way to the front lines, but they will also have what it takes to stay on the front lines. Seedbed is pleased to announce the release of A Trowel and a Sword: Prayer Practices for Those on the Frontlines of the Gospel (A Fresh Expressions Book) by Verlon Fosner and Jon Davis.

In the age of enlightenment, we can seem dismissive of the supernatural. We analyze, explain, and justify things by the scientific method. I am all for science and what it has taught us about the world. I have to believe if you are reading this you are also a person of faith knowing that all we see is not all there is. I don’t want to delve into all of the mysteries of faith and Scripture. I do believe the Word of God is true and as Article Six of the Thirty-Nine Articles states:

Holy Scripture contains all things necessary to salvation: so that whatsoever is not read therein, nor may be proved thereby, is not to be required of any man, that it should be believed as an article of the Faith or be thought requisite or necessary to salvation. In the name of the Holy Scripture we do understand those canonical Books of the Old and New Testament, of whose authority was never any doubt in the Church.

I would also approach this from a creedal perspective. I believe that Apostles’ and Nicene Creeds state true Christian faith and this is what a Christian believes. As related to Scripture, it is an absolute that God created this world. Was it accomplished in six, twenty-four-hour days? Or are the days mentioned segments of time beyond what we understand? There is room for interpretation on this; we may disagree on the how of creation, but I still believe the essential tenets of the creeds—I believe in God the Father, Maker of heaven and earth. My point would be as we look at a biblical warrant for spiritual warfare, we might interpret the material differently at times, but we will all see the presence of spiritual realities.

A quarter of Jesus’ ministry dealt specifically with conflict between the kingdom of God and the dominion of darkness and evil. The very incarnation of Christ was the beginning of an assault on Satan’s domain. Jesus came to crush Satan under His feet. Jesus begins His ministry, immediately following His baptism by John in the Jordan River, by being led by the Spirit into the wilderness where He would fast for forty days and be tempted by the devil. In this spiritual warfare, Jesus uses Scripture as His response to what the devil was offering and He emerges victorious from this wilderness journey.

There are multiple instances of demonic deliverances throughout the Gospels. In these accounts, the demons declare who Jesus is, submit to His authority, and recognize their defeat. We cannot ignore these stories and teachings simply because we are living in an age of rationalism. All that being said, the biblical picture is not one of dualism. We are not in Star Wars dealing with equal parts of the Light Side and the Dark Side of the Force. Thankfully, our God is omnipotent and omniscient—He is all-powerful and all-knowing. Satan and the forces of evil are not.

In the story of Job in the Old Testament we are given an account where God is proud of His servant Job and Satan challenges God that Job is only good because God had blessed him! God permits Satan to wreak disaster on Job’s life, destroying his family, taking his wealth, and then inflicting him with disease. Satan could not do this without God’s permission. God is not the cause of evil; He is holy and righteous.

I don’t have the space here to deal with all the issues of providence, sovereignty, and the problem of evil in this world. We can say that Jesus came to establish the kingdom of God, to defeat Satan, and to redeem us from sin. Mike Atkins, my lifelong friend and mentor, once explained it this way:

People ask: “If God is good, then why is there evil in this world?” Be assured God will judge every evil act. Every violence, murder, thievery, atrocity. All the evil in the world is being recorded and there is a day of judgment coming. It is time that is posted on God’s eternal calendar. God will pour out His wrath against sin and His justice will prevail.

There was also a day of judgment two thousand years ago when Jesus was nailed to the cross and took upon Himself the burden of all the evil that had been and would be committed. “For our sake he made him to be sin who knew no sin, so that in him we might become the righteousness of God” (2 Cor. 5:21 ESV). The good news is that we choose which day of judgment we will be under. Will we stand alone before almighty God, giving an account for our lives, knowing that if we are guilty of one infraction—one lie, one evil thought—we are guilty of breaking all of the law; or will we put our faith in Jesus, repent of our sin, and believe in Him to be our Savior and Redeemer.

There is a widely held view regarding the consummation of the kingdom of God and the second coming of Christ rooted in a metaphor of D-Day and VE-Day. On June 6, 1944, when the Allied invasion of the European continent was successful, the war was over. Germany had lost and they could not stand against the wave of military that would flow all the way to Berlin. However, there would be some eleven months of battles, destruction, and thousands of lives lost until Germany would surrender on what became known as Victory in Europe Day, May 8, 1945. The cross of Jesus and His resurrection were a D-Day moment. Satan was utterly and completely defeated. Jesus was the Christus Victor! The consummation of God’s kingdom at the return of Christ will be like a VE-Day. Until then, we live in an in-between time of the “already” and “not yet.” Victory in Christ is ours. In the spiritual sense, we possess everything necessary as kingdom people, heirs and joint heirs, redeemed, reconciled, and made righteous in Christ. However, in this season we still have spiritual warfare; there are battles to be fought, casualties, and destruction. Yet we fight on, knowing of an assured victory in Jesus.

We have instruction to put on the whole armor of God and, having done all, to stand against the fiery darts of the devil (see Ephesians 6:10–18). We are also told that our warfare is not fleshly but rather divine, destroying strongholds of the enemy (see 2 Corinthians 10:3–6). Again, we are warned: “Be sober-minded; be watchful. Your adversary the devil prowls around like a roaring lion, seeking someone to devour” (1 Peter 5:8 ESV).

Missional, frontline, trowel-and-sword prayer is grounded in spiritual warfare. It is fulfilling a first-commission mandate, found in Genesis 1:28 (ESV):

And God blessed them. And God said to them, “Be fruitful and multiply and fill the earth and subdue it, and have dominion over the fish of the sea and over the birds of the heavens and over every living thing that moves on the earth.”

In Luke 10, Jesus sends out seventy-two of His followers and disciples on a mission. It is a central narrative to how we understand the mission of the church today. They return, rejoicing, and we have this account:

The seventy-two returned with joy, saying, “Lord, even the demons are subject to us in your name!” And he said to them, “I saw Satan fall like lightning from heaven. Behold, I have given you authority to tread on serpents and scorpions, and over all the power of the enemy, and nothing shall hurt you. Nevertheless, do not rejoice in this, that the spirits are subject to you, but rejoice that your names are written in heaven.” (vv. 17–20 ESV)

These words of Jesus are important for so many reasons. While there is an over-focus in some corners on spiritual warfare and demonic activity, what I hear in this passage is the power of evil is to be contended with and confronted. While we contend with evil in order to advance the kingdom, our loud rejoicing is reserved for what Christ Jesus has done for us! So, as we go forward into the chapters before us, may we never forget to rejoice over the “already” more than we contend for the “not yet.” This is Jesus’ directive to us all.

If you found this helpful, you’ll enjoy Verlon and Jon’s new book, A Trowel and a Sword: Prayer Practices for Those on the Frontlines of the Gospel. 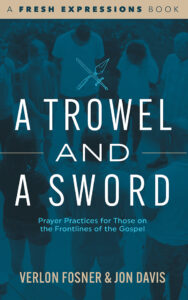 On the front lines of the gospel, Christians are in the business of kicking in the front door of the strongman and plundering his house—removing people he has worked hard to oppress. Accordingly, prayer must take on a declarative, bold, and authoritative tone. To show up on the front lines of the gospel without this form of prayer is the equivalent of bringing the proverbial knife to a gunfight. This conflict becomes more acute as a church becomes more effective at reaching lost people. Learn more about the kind of prayers that take spiritual warfare seriously with this book now—get your copy of this book from our store here. 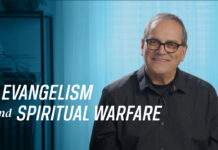 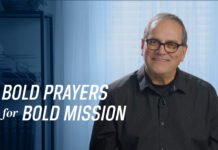 The Kind of Prayers We Need for Missional Living 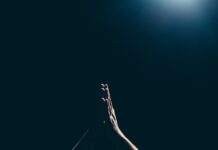 Two Confusions When It Comes to Prayer