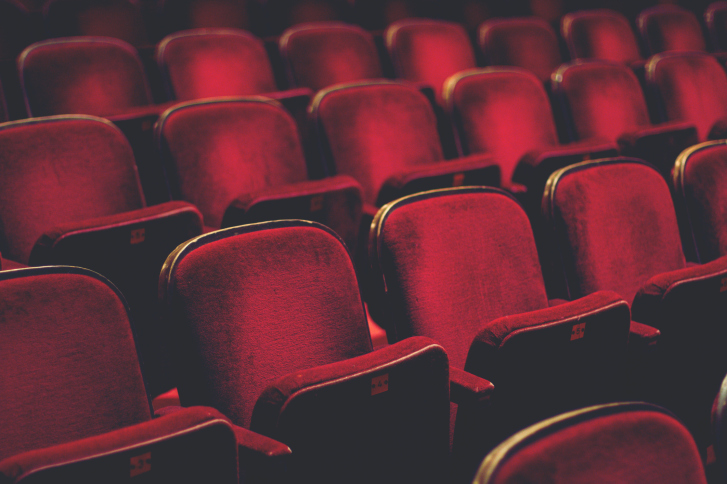 Recent years have showcased a number of somewhat high profile Christian films. The most famous (or infamous) of these is God’s Not Dead.  April 2016 will bring the release of the sequel, God’s Not Dead 2, starring Melissa Joan Hart (Sabrina the Teenage Witch). The original film portrayed a Christian student who stands up to an atheist philosophy professor who criticizes the student’s beliefs (the story was inspired by a chain email that was entirely false). The sequel recycles the theme of the “persecution” of American Christians and once again involves a Christian at odds with an institution of education. Hart plays a history teacher who gets into hot water for the way she answers a student’s question about Christianity and Jesus in her classroom, with a dramatic court case as the end result.

When I recently heard the news about this film, my mind checked back several years ago to a conversation I had with a friend about the “Christian culture” of American Christianity. We talked about how Christians claim to take a separatist position from the world, but when someone from the outside looks in, they may see a reality that’s not too much different from the worldliness that Christians shun. We talked about how we have our own brand of entertainment. We have our own rock stars, separate book stores, our own awards shows (remember the Dove Awards?), and, of course, our own movies. It can amount to a worldliness within the worldliness that is looked over if it has a Jesus sticker slapped on the front.

I’m not saying all of these things are bad things (though I fail to see the need for the Dove Awards). I like John Mark McMillan and David Crowder as much as the next person and that final scene in the verse by verse film adaptation of The Gospel of John gets me every time (white Jesus aside). My concern is when that happens, we unwittingly exclude the people we’re trying to reach. When we over Christianize entertainment, we sometimes fail Jesus’ primary mission. Are we reaching people with all of this media, or are we excluding them with judgmental messages, Christianese jargon, and overly specialized Christian entertainment, creating what has been labeled collectively by others as Jesus Junk? Is a movie like God’s Not Dead or its sequel an effective tool for evangelizing, or is it merely a means of exclusively entertaining and empowering Christians? Given that these films appear to demonize the secular opposition and go against Scripture that speaks against engaging in controversies, I find it difficult to believe that they would be accessible to many non-Christians.

The question of accessibility of films such as the God’s Not Dead series leads me to other issues: Christians vs. Non-Christians and the “persecution” of American Christianity. My problems with these themes are that they are not entirely true. First, there is no “Us vs. Them.” Our greatest enemies are not people, and God does not need us to defend Him. We are not His lawyers arguing His case, and our salvation doesn’t depend on it (there’s possibly something to be said about works-based salvation here). If we confess with our lips that we believe in the all powerful God who loves us, the excellence that exudes from our lives via the power of the Holy Spirit within us will silence any naysayers and bring more people into the Kingdom than ten God’s Not Dead sequels. God is big enough for any problem. Trust Him; He can handle it.

Second, Christians have yet to experience mass persecution in America. Some claim that these movies are a wake-up call because the film makers see that it is slowly happening. I can’t predict the future, but I do know that one need not dig very deep through world news in recent years to discover true persecution of Christians elsewhere.  In America, we are not barbarized for our faith like the Christian community in Iraq that has been forced underground by ISIS, yet still prays for its enemies. In America, we pour out wrath and rage (which is a sin, by the way) on social media when Duck Dynasty cast members or Chik-Fila get criticized. The sad thing is that we tend to be louder about the latter and not the former. When the American church’s response to the plight of global Christians is overshadowed by our own culture war, we should indeed be ashamed.

As far as Christian media goes, what can we do better? In the music world, one sometimes hears the word “crossover genre”. It generally refers to something transcending its normal or expected audience to those who would best be described as being outside that expected norm. For example, the bands Switchfoot and P.O.D. have enjoyed success on mainstream radio as well as Christian radio. Thus, there was something a bit more accessible about their music that drew in non-Christian listeners. The same goes for other forms of media with the likes of authors such as George MacDonald, C.S. Lewis, and J.R.R. Tolkien, all Christians, who all wrote a number of books in the fantasy genre that enjoyed crossover success. The Lord of the Rings was described by Tolkien as being inherently Catholic without explicitly preaching the particulars of Christ and Catholicism. Christians understand the allegory of the Narnia series, but they’ve been read by countless others who enjoyed them and were not Christians. Even my wife read them when she was an athiest and to this day names them as being integral to her eventual Christian conversion. She once told me that she believes her strong sense of morals, despite being a militant atheist, was probably influenced by the black and white worlds of fantasy fiction (the genre being heavily influenced by all three aforementioned men). Isn’t it great to look back and realize that grace was at work even in our seemingly more insignificant moments?

My point in all of this is not taking Christ out of our entertainment. My unpopular opinion is that we need to find new ways to put Christ into entertainment. We need film makers, authors, and musicians who are Christians and who are also willing to make Christ accessible to more than just one group of people. Christ says in the Gospel of Luke 5:31-32 that “It is not those who are well who need a physician, but those who are sick.  I have not come to call the righteous but sinners to repentance.” I’m not sure that calling someone to repentance involves making a show of defeating an atheist in a debate. There is no “us and them,” which, as ISIS has demonstrated, leads to an “I-it” mentality (the person who is other becomes sub-human). In Christ, there is only “I and Thou.” Perpetuating the division in our country in an entertainment piece will not win many people over, if any at all. Such things seem to only create enmity.  How are we to love our enemies and give them the Gospel of Christ when our entertainment is showing us all of the wrong ways to do it?