Jesus stepped into a boat, crossed over and came to his own town. 2 Some men brought to him a paralyzed man, lying on a mat. When Jesus saw their faith, he said to the man, “Take heart, son; your sins are forgiven.”

3 At this, some of the teachers of the law said to themselves, “This fellow is blaspheming!”

4 Knowing their thoughts, Jesus said, “Why do you entertain evil thoughts in your hearts?5 Which is easier: to say, ‘Your sins are forgiven,’ or to say, ‘Get up and walk’? 6 But I want you to know that the Son of Man has authority on earth to forgive sins.” So he said to the paralyzed man, “Get up, take your mat and go home.” 7 Then the man got up and went home. 8 When the crowd saw this, they were filled with awe; and they praised God, who had given such authority to man.

I wonder what this paralyzed man thought. I suspect he felt about himself like everyone else in his society felt about him—that he had it coming. You know, he must have done something sinful to deserve this kind of plight falling upon him. Or maybe it was his parents who sinned. After all, as this kind of thinking goes, I am not paralyzed; which necessarily means that I did not deserve to be paralyzed because of my own “right living.” All of this is just another way of describing karma. Remember Job’s friends?

This is why we say things like, “God must have a reason,” in the face of desperate circumstances or inexplicable tragedies. It’s another way of saying, “God also has a reason this didn’t happen to me.” We desperately want our world to be safe like that. We want to think if we do the right things we (and our children) will somehow be immune from suffering and tragedy. It’s not true.

So why does Jesus say, “Take heart, son; your sins are forgiven?” I suspect this guy was hoping for a miracle. As I see it, Jesus was saying that “this” (his paralysis) was not about “that” (his sin). As in, take heart, this is not about your sin, because your sin is forgiven. Imagine how that must have felt to this man who carried the weight of a lifetime of guilt and shame over something he had no control over. It’s like Jesus was saying, “Enough! No more of this!” This unnamed paralytic was finally vindicated in the presence of the religious leaders as a valued human being and not reduced to the problem of sin.

Of course, the religious leaders did not appreciate this knock on their system. Where was the sacrifice for this sin? Who atoned for it? Who gave Jesus the right to forgive sins. How dare he come against our entire understanding of who God is and how God works?

Jesus chose to begin not with the paralysis but with the deeper inner pain; the pain of living with the stigma of having gotten what he deserved—the pain of being related to as a problem for his whole life rather than as a person. Then, for good measure, he confirmed the inner healing with an external demonstration.

Which is easier: to say, ‘Your sins are forgiven,’ or to say, ‘Get up and walk’?

We know the rest of the story. It’s yet another demonstration of Jesus’ Kingdom authority. This is the kind of authority he shares with his disciples, i.e us. 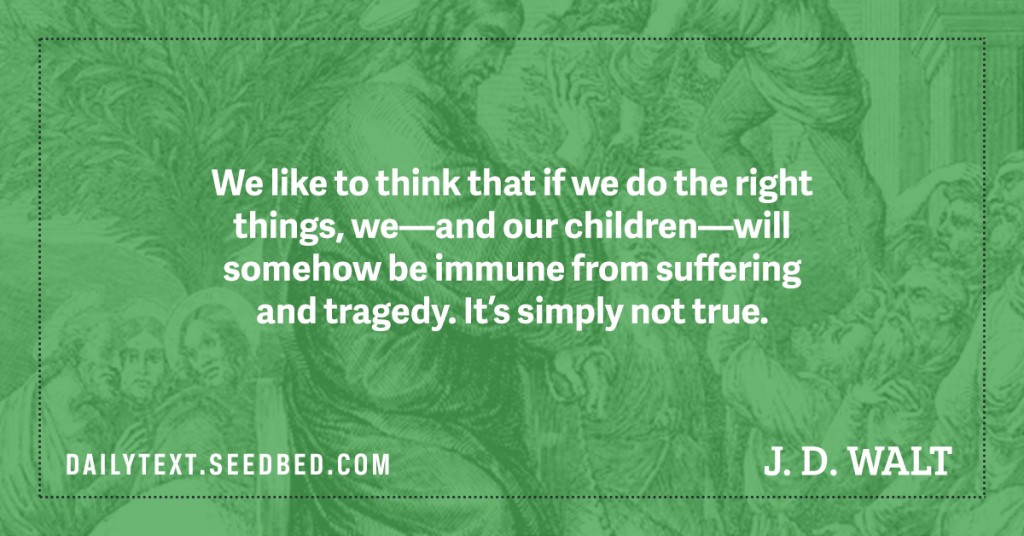 1. Think about how far we are from this kind of authority? Why is that so?

2. How do you understand the difference between this inner and external healing at work here?