The Second Commandment in the 21st Century - Seedbed
close
Menu 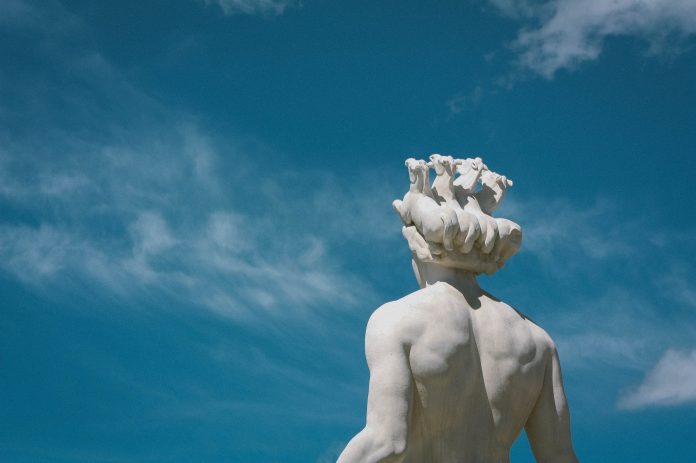 The second command, probably more than any of the Ten Commandments, seems rather remote to many contemporary Christians living in the Western world. This commandment, on the surface, focuses specifically on the prohibition of idolatry. The primary manifestation of idolatry in the ancient world was in the making of idols and the use of them in various acts of worship. In the context of the ancient world, an idol refers to any man-made material object used to represent God. The prohibition against idolatry appears throughout the Old Testament.

The second commandment specifically prohibits making an idol “in the form of anything in heaven above or on the earth beneath or in the waters below” (Exod. 20:4). This command is designed to eliminate all impulses to make idols of the stars or planets, or of any creature on the earth, whether in the sky or on land or in the sea. Other places in the Old Testament mention specific materials that were apparently used in idol making. For example, in Leviticus 19:4 Moses said, “Do not turn to idols or make gods of cast metal for yourselves.” The casting of metal, especially in the ancient world, was an old but specialized technology. The shaping of idols was widespread, and Israel had to be warned against it. Another part of Leviticus makes reference to idols carved from stone: “Do not make idols or set up an image or a sacred stone for yourselves, and do not place a carved stone in your land to bow down before it. I am the Lord your God” (26:1).

In reflecting on the second commandment, we should be wary of two potential dangers. The first is the assumption that idol worship and the kind of idol making described in the texts above was only to be found in the distant ancient world. The second is the assumption that given the absence of literal idol making and idol worship in our society, the second commandment is no longer relevant for contemporary Christians today. Let’s examine both of these assumptions. Over the last twenty-five years, I have traveled to India every year to teach at New Theological College (NTC), a training school located in the mountains of North India, close to the Ganges river and at the heart of the Hindu religion. Over the years I have seen hundreds of idols of various gods and goddesses, especially Shiva and various incarnations of Vishnu, such as Rama and Krishna. They can be found, quite literally, in Hindu temples in every corner of the country, as well as in Hindu homes and various public places. Some of these idols are massive figures that tower over an entire city and were built with great sacrifice and effort. Others are small idols that can be found on a shelf in a home or in someone’s business. Hindus living in the twenty-first century are, therefore, unaware that idol making and worshipping various forms of graven images is an offense to God’s holiness.

It is important to remember that the Bible is for all peoples in all cultures, and this particular command in its original form and force is just as applicable to Hindus (as well as other religious groups in the world) as it was to the Israelites when it was first given. We should also not under-estimate the presence of physical idols in all parts of the world. Due to the rise of global migrations, as well as the growing fascination with eastern religions, idols can now be found all over the world. Hindu and Buddhist temples are being built across the Western world, and they are becoming increasingly common.

As to the second assumption, we should not think that we have “kept” the commandment by merely avoiding the kind of outward idolatry that we might associate with popular forms of Hinduism. The second commandment would apply to anything we put in the place of God. In the contemporary world the word idol is used to describe any person or thing that we greatly admire. Many people think of certain film stars as “idols,” and everyone knows the popularity of the singing competition show American Idol, which has launched the careers of many rising singers by making them “idols.” This is an example from popular culture, but it does under-score how an idol can be anything we set up in the place of God. It could be a person, a job, a salary, a position, a title, or a secret sin, to name just a few examples.

You see, there is nothing inherently wrong with a piece of carved wood, a chiseled stone, or a cast of metal. We all have various items in our homes that have been carved from wood or are made from a cast of metal. We do not need to destroy these items out of a fear that we have violated the second commandment. Something—indeed, anything—becomes idolatrous when we falsely impose on it a place and a dignity it does not deserve. That is the essence of all idolatry, whether in the Late Bronze–early Iron Age of the biblical period or in twenty-first-century America.

The prophet Isaiah powerfully demonstrates the true nature of idolatry in the forty-fourth chapter of his prophecy. He describes an idol maker who takes a cypress tree and cuts it down. With one part of the trunk, he cuts a piece of fire-wood and uses it to keep warm or to bake bread. With the other part of the trunk, he fashions an idol and then bows down to it and worships it, saying, “Save me! You are my god!” The prophet then points out how ridiculous this is. He says, “No one stops to think, … ‘Half of it I used for fuel; I even baked bread over its coals,’” and with the other half, “‘I [made] a detestable thing’” and “‘bow[ed] down to a block of wood’” (Isa. 44:13–19).

In the same way, two people may be side by side, doing similar jobs in the same company. One person views his or her job as an opportunity to use his or her gifts in service to the Lord. For the other person, though, the job has become an idol, or “like a god” to him or her. In both cases the job provides sustenance, security, and a sense of purpose. The first employee in our example sees this as a gift from God and knows that ultimately his or her sustenance, security, and sense of purpose comes from God alone. The second employee has put the job itself, rather than God, in this position. This is the nature of all idolatry. Thus, the second command calls us to examine ourselves and to honestly ask ourselves what or in whom do we trust?

Is there anyone or anything on the throne of your life other than God Himself? Pope Francis recently commented on idolatry, saying, “Idols exist . . . as a pretext for setting ourselves at the center of reality and worshiping the work of our own hands.”

There is another way in which idolatry manifests itself. For some of us, we may never have worshipped any physical idol, and we may truly believe that God is on the throne of our lives. Yet, we have a distorted and false conception of God that we have put in His place. Sometimes a distorted view of God Himself can become an idol, if we replace the true and living God with a god more in keeping with our own imaginations. We may have placed a god without judgment—or a god without grace—on the throne. The second commandment calls us to worship the true and living God, who has revealed Himself in Scripture and ultimately in Jesus Christ. He alone do we worship, and to Him alone we bow down. 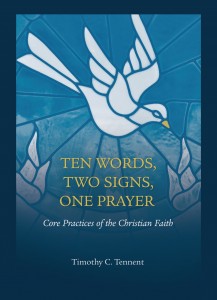