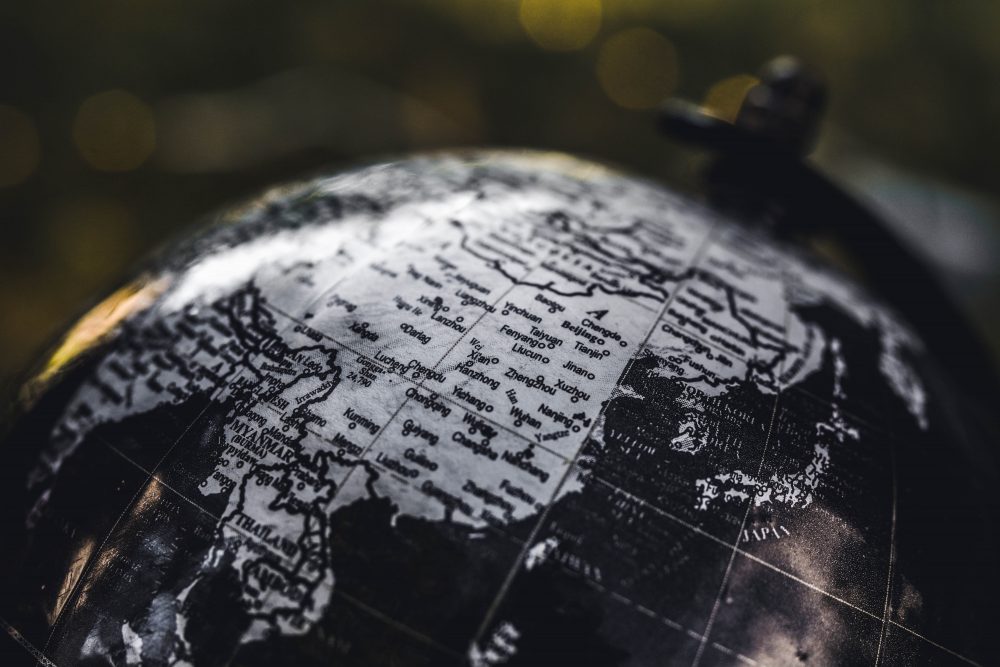 The word the ESV translates “has suffered violence” and the NIV renders “has been forcefully advancing” is the single Greek word biazetai. This word can be equally translated in passive voice, that is, what is being done to the church, or in active voice, what the church is doing. There is nothing in the word itself that leans one way or the other, which is why the translations come down differently. The context must make it clear. But even this is not easy.

To state the question clearly: Is this passage teaching that the story of the church of Jesus Christ is one of glorious advance into the world, or it is the story of a church under persecution, defensively holding on until Jesus returns to turn back the tide and defeat the onslaught of the world, the flesh, and the devil? Are we “suffering violence” or are we “force-fully advancing”? This is a very important question, because it serves to set our expectations about the role of the church in the world.

Interestingly, a similar tension is found in Matthew 16, where Jesus asked His disciples, “Who do people say the Son of Man is?” (v. 13). Peter famously replied, “You are the Christ, the Son of the living God” (v. 16). Jesus called Peter blessed and in verse 18 said, “And I tell you that you are Peter, and on this rock I will build my church, and the gates of Hades will not overcome it.”

This tension occurs a third time in Matthew’s gospel, but this time in a different way. In chapter 24, Jesus’ disciples were questioning Him about the end of time. “What will be the sign of your coming and of the end of the age?” they asked (v. 3). Jesus responded by reciting a long litany of terrible things that will happen to the church, describing the onslaught of the enemy in graphic detail. The church in Matthew 24:4–13 is a picture of a church “suffering violence.” There will be wars and rumors of wars, nation rising up against nation, kingdom against kingdom. There will be famines and earthquakes in various places. Then, we are told that we will be handed over to be persecuted and put to death, and we will be hated by all nations because of Christ. Jesus went on to say that many will turn away from the faith and will betray and hate one another, and false prophets will appear and deceive many people. There will be an increase in wickedness, and the love of most will grow cold. This is a picture of a church that is holding on against the advancing powers of hell. Indeed, in verse 13 Jesus concluded His recounting of the church’s end-time sufferings with, “But he who stands firm to the end will be saved.” We are exhorted to be faithful, to persevere, and to await the coming of Christ.

However, the next verse is the most remarkable in the whole passage, especially when read in the context of Jesus’ litany of the world’s advances against the church, such as persecutions, martyrdom, apostasy, and so forth. Suddenly, like a light bursting forth into a dark room, Jesus said in verse 14, “And this gospel of the kingdom shall be preached in the whole world as a testimony to all nations, and then the end will come.”

Jesus was saying that even though the world and all the hosts of satanic wickedness are advancing most forcefully against the church, and the church is seemingly on the defensive and just barely hanging on for dear life—God is triumphing. At the very moment the hosts of darkness launch their most powerful assault and God’s kingdom seems to be suffering the worst violence the world has to offer, the Lord will make His move, overturning His foes and demonstrating the prevailing power of the gospel. This gospel of the kingdom shall be preached in the whole world as a testimony to all nations!

Perhaps we shouldn’t be so surprised at this. After all, isn’t this what God did at Calvary? As the beautiful Easter hymn declares, “The powers of death have done their worst, but Christ their legions hath dispersed.”6 As Jesus hung on the old, rugged cross, the powers of death had done their worst. Darkness, it seemed, had prevailed. The Son of God, God’s gracious gift to the world, had been cruelly executed. Who would believe that at that very moment, when it seemed as if darkness had triumphed and the powers of hell had secured their victory, a great light was bursting forth onto the world? Our greatest act of rejecting God became simultaneously His warmest embrace of us. Our worst hour, when we nailed God to a cross, became His finest hour, when He nailed our sins there. The ugliest, darkest, most revolting form of execution was crucifixion, and the cross itself was a symbol of hate and torture. Yet, that same instrument of torture became the greatest symbol of love and light. You see, this is the way God is. Death itself is swallowed up in His victory. How much more so all the other, lesser trials of life? The last few words the world ever said of Jesus were spoken in smug triumphalism: “He saved others, but he can’t save himself,” they mocked (Matt. 27:42; Mark 15:31). But never forget that it is God who has the last word. Three days after the crucifixion, an angel announced on resurrection morning, “He is not here; he has risen” (Matt. 28:6; Luke 24:6)! God’s purposes prevail, even in the face of the worst this world has to offer.

God faces that which is worst in us and transforms it into a testimony of His grace. The apostle Paul called himself “the worst” of sinners (1 Tim. 1:15), but by God’s grace he, of all people, became the greatest of God’s apostles. In reckless defiance of Christ, he had set out for Damascus to vent his hatred against the church of Jesus Christ. Yet, it was on that very road that God met him and said, “I will show you how much you must suffer for My sake, as you forcefully advance the gospel” (Acts 9:16, paraphrased).

We live in an age of ever-encroaching spiritual darkness, secular humanism, and postmodern cynicism, all of which shroud our lives like a deep fog. The church is suffering violence at every turn. We wonder sometimes if we can prevail against the onslaught of evil. Yet even amid this tumultuous and war-ridden world, we need to know that God is unfolding His plan.

Before the morning of June 6, 1944, known as D-Day, it appeared by all reckoning that Adolf Hitler would be triumphant in the global war that had been raging since 1939. He seemed invincible as his powerful armies swept through Europe. Hitler was drinking champagne in Paris as German bombs fell on London. But beneath the early morning fog of June 6, something else was under way. While Hitler was off celebrating his birthday, the Allies were quietly launching the decisive attack. Likewise, beneath the fog of this world, while many are unaware of God’s unfolding work in the world, the gospel of the kingdom is being preached and sent forth to all nations in a way unprecedented in the history of the church.

In 1949, there were only about a million Christians in China. Since that time the Chinese church has experienced unparalleled persecution as the forces of evil set their face against it. But today, there are more than 75 million Christians in China. I was teaching in China during the summer of 1993 when I had the privilege, along with my colleagues, not only to lead several new Chinese to Christ and to baptize one in the Yangtzee River, but to meet many Christians who are willing to give their lives to extend the message of Christ into China. And they are spreading the gospel, even in the midst of growing darkness, right in the teeth of government hostility.

In India, beginning in the 1970s, the Indian government refused to grant new visas to support traditional Western missionary work. The number of foreign gospel workers has dropped from more than twelve thousand to fewer than two hundred today. But for every missionary that was forced to leave India, God has raised up not one, but two Indians who have given themselves full-time to expanding God’s kingdom by bringing the gospel to the unreached peoples of India. For thirty years I have been closely involved in the spread of the gospel in India. There are thousands and thousands of new churches being planted all over this subcontinent, many among people groups who have never had a church, or any Christian witness, throughout history.

Across the great continent of Africa, the church is growing. An estimated sixteen thousand men and women are coming to Christ every single day across the continent. The gospel’s spread across Africa is one of the great unfolding chapters in the history of the church. One hundred years ago, the representative Christian would have been a forty-seven-year-old British man. Today, it is a twenty-seven-year-old Nigerian woman. In 1981, the white races of the world, who for centuries represented the heartlands of the Christian faith, became the minority. That is how quickly the church of Jesus Christ is growing in Africa. South America is also experiencing a tremendous growth of evangelism. Evangelicals during the last century in South America have grown from 69 million to more than half a billion.

Time does not permit me to tell you of the remarkable things God is doing all over the world. The point is this: the church of Jesus Christ is force-fully advancing, even while many grow cold in their love for Christ, fall away, and lose the faith.

So, how should we translate the word biazetai? Is the kingdom of God forcefully advancing or is it suffering violence? What has become clear is that it is experiencing, and always has experienced, both. Indeed, the church advances only as it is willing to suffer violence. Our suffering purges and cleanses us. Our advance extends the rule and reign of Christ. That is why God gave us in the inspired text the word He did. It is one of the few Greek words that simultaneously highlights both aspects of the church’s life in the world. The question before all of us is, where are we in this great move of God in the world? Are we going to participate in this great advance of the gospel, which is silently slipping across the world beneath the fog of so much else that catches the world’s attention? Are we as the people of God going to step out and fulfill the mission of God in our own time? May we all learn to accept the sufferings of Christ so that we, too, can fully participate in God’s forceful advance into the world. 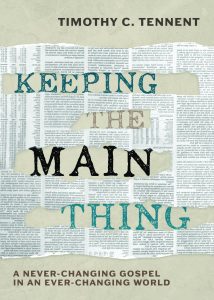