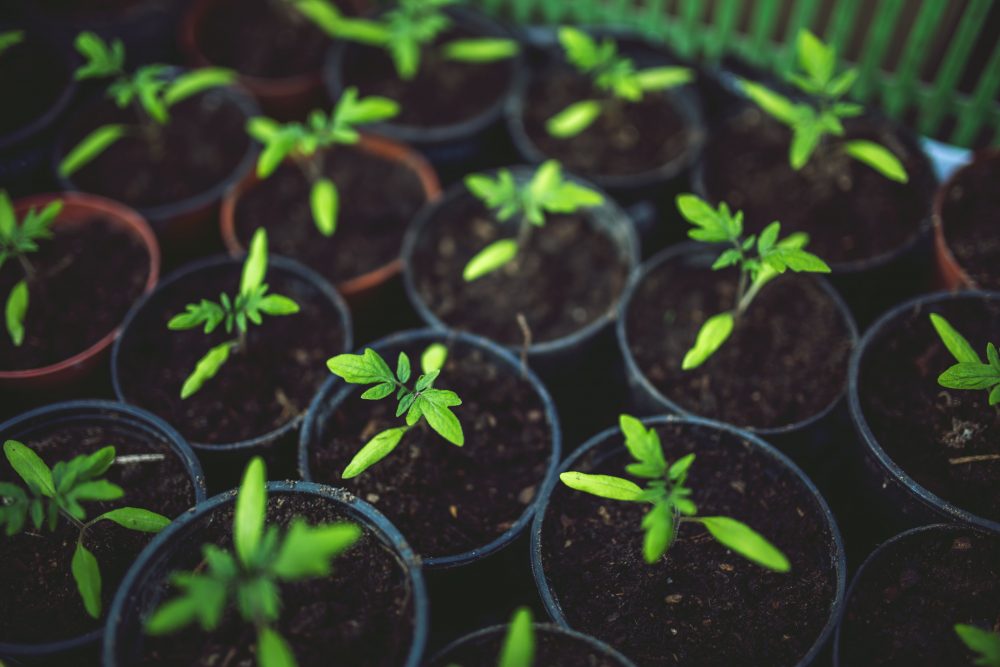 Let us enter the ecosystem of scriptural imagination with three Jesus stories we must hold together in tension.

The Parable of the Barren Fig Tree

Then he told this parable: “A man had a fig tree planted in his vineyard; and he came looking for fruit on it and found none. So he said to the gardener, ‘See here! For three years I have come looking for fruit on this fig tree, and still I find none. Cut it down! Why should it be wasting the soil?’ He replied, ‘Sir, let it alone for one more year, until I dig around it and put manure on it. If it bears fruit next year, well and good; but if not, you can cut it down.’” (Luke 13:6–9)

Overall, this is a story of God’s patient and persistent love. After being challenged consistently by the religious leadership of his day, Jesus is responding with a story about the barrenness of those leaders and the bankrupt nature of the religious system.

If we see the owner of the field as God, then we understand that God expects trees to bear fruit. We can understand the frustration of the vineyard owner. Here is a tree wasting the space and nutrients of the soil. If we understand Jesus as the gardener, we see his compassionate heart to provide some TLC that will nurse the tree back to health. He gets down on his hands and knees to do the dirty work of fertilization and cultivation. Perhaps the three years are the three years of Jesus’ ministry.

We can make some easy connections here to our own context. Jesus gets down on his hands and knees to cultivate new life in people and systems. Speaking of local churches, there are many that appear at times to be wasting the soil of their communities—occupying space but bearing little fruit in the lives of people. The good news is that Jesus doesn’t give up on us. No one likes to be dug up, pruned, or covered in manure, but the transformation process from barrenness to fruitfulness is never easy.

It is the desire of Jesus that all churches should bear fruit, and he is with us, down on his knees doing the dirty work of tilling, pruning, and fertilizing. Just as in the incarnation, he gets dirt beneath his fingernails so the church is called to this work of revitalizing barren trees.

The Parable of the Sower

The parable of the sower is a story about the profuse, generative love of God. The sower casts the seed far and wide, generously across the landscape. The seed doesn’t change; every seed has the potential for new life. The goal of the sower is to produce a crop. The potential of the seed can be limited by the condition of the soil; seeds can’t grow to fruition in rocky, shallow, or crowded soil.

The church is called to profusely and generatively cast the seeds of God’s love into the world.

In the blended ecology, both the work of the gardener tilling, pruning, and fertilizing existing trees so that they might bear fruit, and the sower going out to cast the seeds that will one day yield a harvest are equally important. We must do the work of stewarding and caring for the inherited church, that it may produce much fruit. We must hold that work in creative tension with being sent to cast the seeds on the new missional frontier—planting the emerging forms of church, offering God’s love to those who will receive it in fresh ways.

The Parable of the Vine

“I am the true vine, and my Father is the vinegrower. He removes every branch in me that bears no fruit. Every branch that bears fruit he prunes to make it bear more fruit. You have already been cleansed by the word that I have spoken to you. Abide in me as I abide in you. Just as the branch cannot bear fruit by itself unless it abides in the vine, neither can you unless you abide in me. I am the vine, you are the branches. Those who abide in me and I in them bear much fruit, because apart from me you can do nothing. Whoever does not abide in me is thrown away like a branch and withers; such branches are gathered, thrown into the fire, and burned.” (John 15: 1–6)

In this parable, Jesus himself is the living organism, the true vine, his living essence flows through the whole complex network of the vineyard. The father is the vinegrower. God himself is doing the work of pruning, fertilizing, and removing the parts that do not bear fruit. Once again, the focus of Jesus’ agrarian metaphors is the expectation of fruit-bearing. Who’s doing all the work in this analogy? God! We are the branches; our only function is to abide. Abiding in Christ, our being with him, results in bearing fruit for him. We are all part of the same vineyard, all connected, by Jesus himself.

The grafting process involves combining a shoot system (called a scion) of one species with the root system (called a rootstock) of another. There is an exchange at a fundamental level in which the two species not only enter a symbiotic union, but they transform each other. A new kind of grape is created from the union—a new creation. This is the understanding of revitalization I will seek to explore.

The vineyard is a place of deep roots and wild branches. It is a complex, interweaving, organic, polycentric, dispersed, networked system. What if local congregations were to base themselves, structurally speaking, on Jesus’ parable of the vine, rather than some corporate entity? 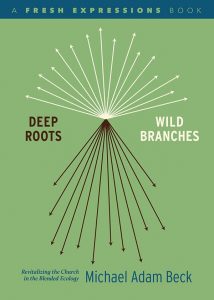 If you would like to learn more about how the blended ecology of churches can help transform your community’s self-understanding and engage in meaningful mission, you will find Deep Roots, Wild Branches by Michael Beck helpful. “Michael Beck is the premiere practitioner and pioneer of the Fresh Expressions movement in the United States today. He has real life experience leading a traditional church that is also leading the way in the blended ecology of church. His faith community is making new disciples of Jesus in new places and in new ways all while being anchored to a traditional church that is also growing.” (Jay T.) Get it from our store here.