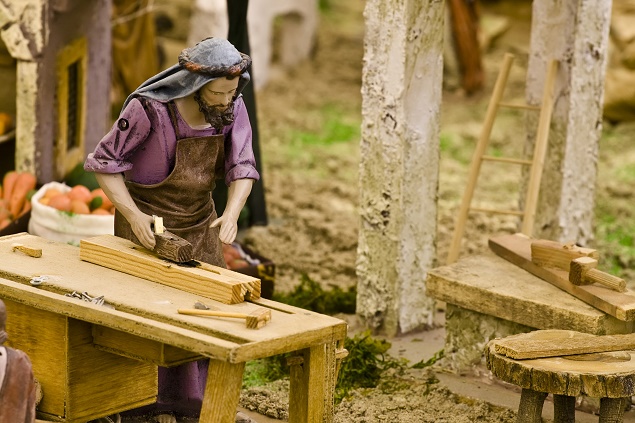 It’s always nice to have understanding friends when we’re having struggles, including work struggles. It’s comforting to know we’re not alone. And it’s encouraging when others share their stories of coming out the other end of their struggles.

Whatever the particular work challenge you yourself might face, my guess is that you’ll be able to find at least one character in the Bible with a very similar challenge. And if you find yourself with a particular, negative reaction to your work challenge, you’ll probably find a Biblical character with this corresponding response as well.

The writer of Ecclesiastes might well say such things.  A lot of that Old Testament book can be summed up with the phrases “what’s the point?” and “why bother?”. A writer who concludes in his dark moments that “all is meaningless, a chasing after the wind” (Eccl. 1:14) is someone we can read and relate to at times when we’re struggling to find reasons why it matters whether we do the work we’re having to do.

Ever feel like you have work responsibilities that you never really signed up for?  Ever think to yourself: How did I end up getting stuck with this?  Yes, you may be grateful to God to have work to do in the first place. But still, why this work?  Why couldn’t I have had more of a say in choosing my work, instead of having so much of what I do seemingly forced upon me by factors outside my control?

If this is ever the kind of feeling you have, you have an ally in Moses. He first tried his best to beg out of the call God gave him to go to Egypt and free the Hebrew people. Then, after God miraculously enabled Moses to lead them out of captivity, and after Moses’s mountaintop (literally!) experiences of seeing God’s glory, Moses still found unhappiness at times with his calling as leader. When the people would grumble, Moses would complain to God about them. And note the revealing way he would refer to them. He would complain to God about “these people you gave me.”  For all his merits as a leader, Moses was not above, well, whining. He wasn’t averse to reminding God from time to time that he, Moses, never did ask to be put in this position.

Ever had your work questioned by others?  Your motivations questions?  Ever had work colleagues misunderstand you or downright try to undermine you?

Pick up one of any number of New Testament letters from St. Paul. He was always having to confront people who sought to discredit him and undermine the work he had done. In some places Paul seems to just about go off the deep end. He resorts to sarcasm in defending himself, saying at one point, “I am acting like a fool—but you have made me do it!” (2 Cor. 12:11). Paul is sick of being slandered. He’s worked so hard, and he’s fed up with having his motivations questioned and even willfully misrepresented.

Other examples abound within the Bible of the various ways we can struggle with our work. Gideon is a good example of someone who is given work that he just doesn’t feel qualified or ready to do. His story can be an encouragement when we feel the same. The lamentable stories of so many of the kings of Israel and Judea include their succumbing to pride and becoming way too big for their britches. Their examples can serve as a warning when all seems to be going well with our work and we begin to think we can move forward by relying on our own wisdom and strength. The story of Jeremiah in the cistern can serve as a reminder that hardship can sometimes come to us, precisely because we are faithful to our work before the Lord.

Of course, the story of Jesus captures so many of the different kinds of struggles one can have when trying to be faithful in one’s work. He was misunderstood and slandered; his work was looked down upon by the elites of society; he had to remain faithful in his mission even when his allies failed to come through; he was given the task of loving people who were not acting lovable; and so on and so on.

It’s nice to have particular characters in the Bible to whom we feel we can especially relate. I once read of some churches in the same region of Africa where Jethro (Moses’s father-in-law) was thought to have once lived. The struggles and influence of Jethro served as a deeply felt connection point to the larger story of God’s deliverance and nurturing of the Hebrew people. I have to admit I myself have never felt a special camaraderie with Jethro as my connection point to the story!   But it is an encouragement to find a particular Biblical character who connects to whatever struggle we might currently be experiencing. Camaraderie can be a great thing among kindred spirits. And there’s so many to choose from within the grand narrative of the Bible.