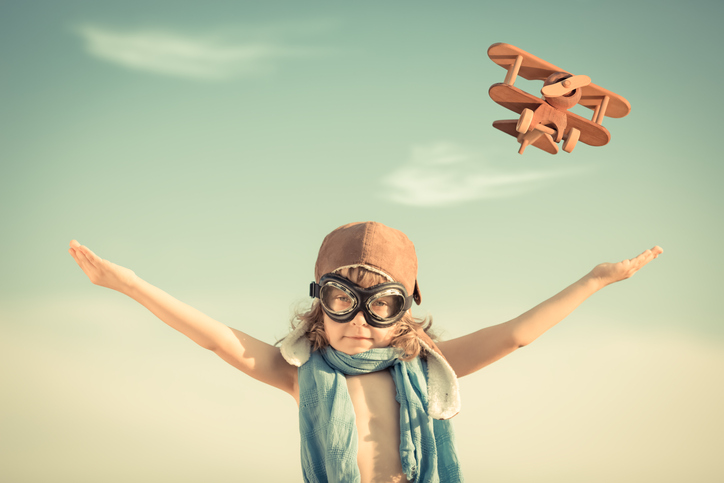 My grandson began kindergarten, and his imagination was crushed within the first weeks of school. He received a worksheet of a tree and was told to color the tree with his green crayon. Using his vivid imagination, he colored the tree orange and yellow. To him, this was a fall tree. Needless to say, his masterpiece was sent home containing a stern note from his teacher stating that he was a child who had difficulty following teacher directions. His imagination suffered a major blow and taught him that this world required that he think, feel, and act within certain fixed boundaries.

Schools today put very little stress on educating our imaginations. Janine Langan, Professor Emeritus of Christianity and Culture at the University of Toronto, writes, “We tend to think of imagination as ice-cream on the cake—as flight, fantasy, distraction, and decoration.” She sees nothing more fundamental than our imagination and sees this as a direct link to religious apathy. Langan says that creativity is a “gift that makes us, for all our weaknesses, just a little lower than the angels.”

The world is under the pressure of those outside the Christian faith, who desire to divorce Christianity from many of the parts of our American lives. In her book, Death of the Imagination, Elizabeth Sewell states emphatically that, “It is of no pretending that with the Fall behind us the imagination is not, like all man’s other powers, liable of corruption and disease and death…The imagination at present is in a very bad way indeed. It receives no proper food, no love…”

In Matthew 18:2-6, Jesus put a child in the midst of his disciples and said, “Truly, I say to you, unless you turn and become like children, you will never enter the kingdom of heaven.” How can we truly receive His Kingdom if we have lost our ability to come to Him with our imaginations intact; just like little children? Children see God!

Creativity expert, Sir Ken Robinson, relates a story in which a six-year-old little girl was having a drawing lesson. Her teacher asked her, “What are you drawing?” The child replied, “Why, I’m drawing a picture of God.”  Her astounded teacher replied, “But no one has ever seen God, so no one knows what he looks like.”  To this, the child answered, “They will know what he looks like in a minute.”  Robinson adds, “Children are not frightened of being wrong. As adults, we are frightened of being wrong.  We are now educating people out of their creative capacities. Picasso said that, “All children are born artists. The problem is to remain an artist as we grow up.”

Ana-Maria Rizzuto postulates that children’s first consciousness of God comes somewhere between two and three years of age. She believes that these childhood images of God are very powerful and influence a person throughout their lives.

The unseen God is very real to children. Little ones often say they can hear His voice. One child told Robert Coles, a child psychiatrist and anthropologist, “No one talks to me the way God does—He gets me thinking, then I hear Him…He doesn’t speak to us when we pray; we speak to ourselves. But it’s Him telling us what to say to tell ourselves.” Other children reported to Cole seeing Jesus’ face. One child shared, “When I woke up and was scared, I pictured His face: the big eyes and the smile. He wasn’t scared, so I decided I shouldn’t be either.”

In Joining Children On the Spiritual Journey: Nurturing a Life of Faith, Dr. Cathy Stonehouse relates the way she asks children to join her in Sunday Worship. Stonehouse asks the children to relax, close their eyes, and then she says, “We can’t see Jesus with our eyes, can we? But in our imaginations, we can see him. Do you see Jesus coming into our room? He walks over and sits right down next to you. Now is your time to tell him anything you want to tell him.”

Lord, you made your children to have humble and sincere hearts that are very trusting by nature. Please recreate this in my heart. Help me come to you as a child today.