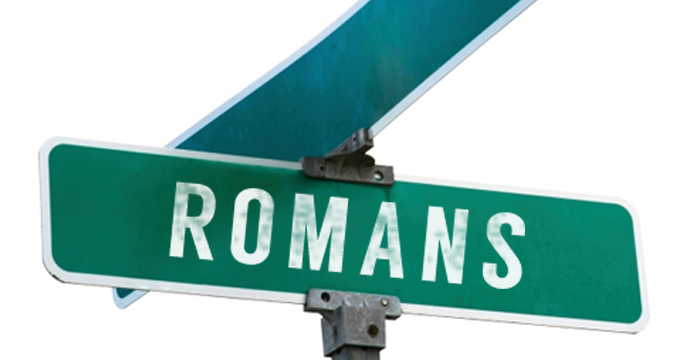 Christians are very familiar with the “Roman Road” way of explaining salvation and doing evangelism. But what if it leads you down the wrong way? In this article, Ken Roach argues that this reading of Romans misunderstands the point Paul is making and ultimately obscures the vision of salvation presented in the New Testament.

Editors know that it is virtually impossible to proofread your own work. The reason is simple: you know what the text is “supposed” to say, and you “auto-correct” what you see, substituting an alternative reading without ever realizing what you have done.

Auto-correction is an annoyance when it comes to typos, but can pose a more serious stumbling block when it comes to interpreting scripture. I encountered this a couple of years ago in my own reading of Romans.

I had been reading N.T. Wright’s Surprised by Hope and I was challenged by Wright’s contention that the church has overemphasized “going to heaven (or hell) when I die” and underemphasized “resurrection.” So I decided to imitate the Berean church and “examine the scriptures to see whether these things were so.” I re-read every public preaching of the gospel in the book of Acts. I was shocked to see that virtually nothing was mentioned of the “afterlife.”

So I continued my quest on through the epistles. Making my way down the well-worn “Romans Road” that I had memorized as a child, I hit a speed bump at 6:23. I had to re-read the verse 3 or 4 times for it to register: I was seeing, “the wages of sin is hell, but the gift of God is heaven when you die.” That may be true, but it is not Romans 6:23. The scripture says “For the wages of sin is death, but the free gift of God is eternal life in Christ Jesus our Lord.”

I had heard pastors and teachers repeat so many times that “death” meant “hell” that I was “auto-correcting.” Certainly Revelation 20:14 equates the “lake of fire” with the “second death,” but that cannot drive our primary reading of Paul’s epistle, unless we are to take the uncomfortable position that the Holy Spirit did not intend for the letter to comprehensible on its own grounds to its initial Roman audience.

For that Roman reader, there is every indication that when Paul writes “death,” he means “death.” And although he uses the phrase “eternal life” (ζωὴ αἰώνιος, the life of the ages, or of the age to come), the reader is clearly intended to understand “life”, not some alternative form of death that takes place in a realm called “heaven.”

My point is not to argue against the existence of hell, or heaven, or a conscious postmortem state prior to the final resurrection and judgment; rather, my concern is that by jumping to these constructs, we might be missing what the actual text is offering to us.

For me, the beauties I was barreling past in Romans 6 were the intrinsic connections Paul was uncovering: sin does not just lead (eventually) to some arbitrary place of punishment. Sin leads to more sin, corrupting and decaying, and in the uttermost, revealing itself as death (cf. James 1:15). On the other hand, heaven is not an arbitrary reward for the faithful. Rather, through Jesus Christ, grace leads to faith, faith leads to obedience, obedience to righteousness, and in the end it unveils itself as the very life of God in us (cf. 2 Peter 1:4).

The apostle is unearthing for us the roots of the tree of life, and the tree of the knowledge of good and evil, showing us how death is the fruit that grows naturally from the seed of sin. The juice of eternal life can already be tasted in the first bites of faithful obedience.

In a culture that sees only arbitrary judgment in our gospel preaching, the church needs to recover this message of the deep inner connection between what is presently seen, and what will be in the age to come. It may be increasingly opaque why God would “send people to hell” but it is all too clear that death is already at work among us. To those who walk in great darkness, heaven is too long to wait; but life—implanted here and now, breathing and growing within—is a candle of hope that cannot be ignored.

So many even among those who have supposedly received this “gift of God” still struggle in the slavery of sin, because they have not yet seen full, transformative power that connects justifying, to sanctifying, to glorifying grace—which is none other than the living Christ himself. They hope to be redeemed “in the sweet by and by,” unaware they can “taste and see that the Lord is good.”

What texts might you be auto-correcting? What if the Roman road turns out to be different than the well worn path you thought it was—and what if daring to follow it leads you to breath-taking new views of life in Jesus Christ?