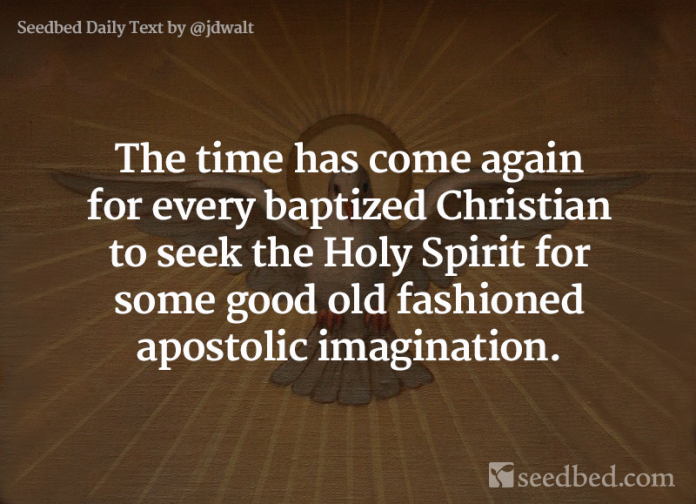 M. Robert Mulholland Jr. (1936-2015) passed on to be with the Lord on Sunday, December 20th due to complications from pneumonia. He is survived by his wife, Lynn, and he left behind a rich legacy of biblical scholarship, pastoral care, and resources for spiritual formation. Mulholland was a graduate of the U.S. Naval Academy, earned his ThD at Harvard Divinity School, and was emeritus professor at Asbury Theological Seminary.

Below find some of his most treasured works, along with some of his contributions to Seedbed.

Invitation to a Journey: A Road Map for Spiritual Formation

In this text much beloved by Mulholland’s followers, he explains spiritual formation as: “The process of being conformed to the image of Christ for the sake of others.” Here he offers a biblical, practical, and freeing expression of the classical disciplines for becoming more like Christ.

The Deeper Journey: The Spirituality of Discovering Your True Self

What if at the heart of the Christian gospel is not a destination often referred to as heaven, or even a list of dos and dont’s, but a transformed identity, rooted in Christ? Through this work, you’ll come to understand the false selves that compete with the Christian goal of becoming like Jesus Christ.

Shaped by the Word: The Power of Scripture in Spiritual Formation

The Bible is not a text to merely be studied, memorized, or gleaned for information. Rather, one must engage in a very particular kind of spiritual reading that is attentive to the work that the Holy Spirit wants to accomplish through his word.

In this commentary accessible to the interested lay person, Mulholland gets into the critical background information that must be reckoned with if we are to move beyond the gross misreadings of this important book by modern Christians.

What is Revelation Really About? (Seven Minute Seminary video)

In this video, Robert Mulholland explains that Revelation is not about end times as we’ve come to know it, but about radical discipleship. It sets up and contrasts two ways of being—one based on God’s kingdom, and the other on Satan’s.

NT 666 is an exegetical study of the book of Revelation in podcast form. It focuses on the background materials of Jewish prophecy and apocalyptic, the structure of the book, its relationship to the other New Testament writings, and an examination of the perceptual framework which forms its imagery.