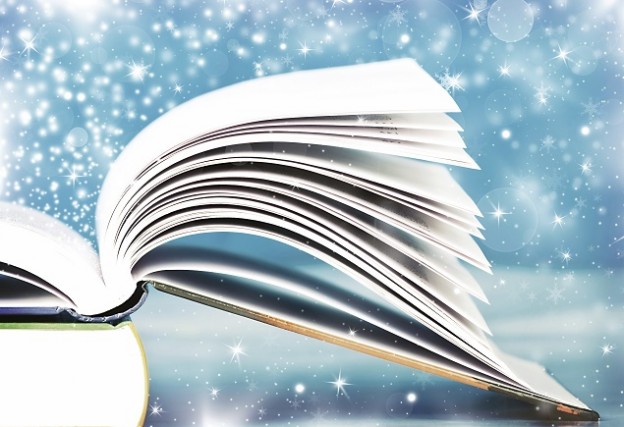 A few years back, I was preparing a sermon for yet another Christmas Eve, trying to come up with another way to express the mystery of the incarnation: God becoming flesh in the person of Jesus Christ. That’s always a difficult task for any preacher during this season; trying to say something new in the midst of a story that’s very old and very familiar. It’s so familiar, in fact, that people often miss the real meaning under all the layers of Christmas tradition.

That year, however, I found an illustration that really spoke to me about the reality that John speaks of when he writes: “The Word became flesh and dwelt among us.” The story was from a small church on another Christmas Eve, where another sanctuary was packed to standing room only. That year, this particular church had decided to have a living nativity in front of the church while the service was going on, including the presence of a real, live baby in the manger instead of the usual, predictable and quiet baby doll. As the pastor was preaching his sermon, the baby did what babies tend to do: he filled his diaper to overflowing. Pretty soon, the disgusting smell began to waft through the crowded, warm sanctuary, causing people to wrinkle and plug their noses, their eyes watering from the stench, all right in the middle of the sermon.

Now, there are certain distractions that preachers can handle during a sermon, like fussy children and a cell phone ringing, but this one wasn’t going to be overlooked. Without missing a beat, the pastor looked at his grossed out congregation and back at the now smiling baby, and said, “Now we have an idea of what Christmas, the incarnation, is really all about. It’s not clean, it’s not pretty, it’s not fragrant, and there’s no halo around the holy family. There’s an odor not an aura, and God becoming a human was a messy, smelly business!”

I thought this was a brilliant illustration, so I used it on Christmas Eve to wrap up the sermon. On the day after Christmas, an older couple from the church was waiting for me when I got to the office. They were furious. They said to me, “You ruined our Christmas. Your illustration was disgusting. How dare you imply that baby Jesus had soiled diapers! That’s all we could talk about on Christmas Day!” I imagined them still fuming while changing their own grandchild’s diapers on Christmas morning–the irony completely lost on them (but I digress). They railed at me about it for an hour, and it was clear to me that they were offended by the idea of Jesus being really human and engaging in things like digestion and excretion. They stormed out of the office, threatening to leave the church, which they eventually did.

A few hours later, I decided to treat myself to a post-Christmas lunch at my favorite Chinese restaurant when in walked this couple. They sat down at the other end of the restaurant, seeing me but purposefully ignoring me. I must tell you that it took every ounce of my sanctification to keep from ordering a poo-poo platter to be sent to their table.

Truth is that the heresy of Docetism, the belief that God, in Jesus, only appeared to be human, is still alive and well in our churches. Many people coming to our churches during this season expect to hear about a perfect child very unlike us. We actually give homage to that Docetism every time we sing lines like the one from Away in a Manger, which is popular but a little heretical: “the little Lord Jesus, no crying he makes.” I mean, how many human newborns do you know that don’t cry? Not to mention that whole “fit us for heaven to live with thee there” stanza that ignores the hope of resurrection (a little Gnosticism to go with your garden variety Docetism). Or how about that line from Silent Night: “radiant beams from thy holy face” (as if the human Jesus always had a different kind of glow than a normal newborn). Most people are comfortable with a Jesus that is confined to the ethereal realm of divinity and the artwork on a Christmas card, but much less so with a Jesus that demonstrates what it actually means to be fully human. The Docetic Jesus is easy to hold at a distance and admire, but the human Jesus is far more challenging to follow and imitate.

Christmas offers us a great opportunity to preach the depth of the incarnation and what it means for our humanity as well as God’s divinity. The Word became flesh and took on everything that goes with it. As Karl Barth put it, “Jesus Christ is not only truly God, he is human like every one of us. He is human without limitation. He is not only similar to us, he is like us.”

When people pack the sanctuary on Christmas Eve, don’t hesitate to ruin their Docetic Christmas and give them the best poo-poo preaching you can — the gritty reality of what it meant for God to become human and what it means for all of us to find our true humanity in Christ.

The mess is part of the message!