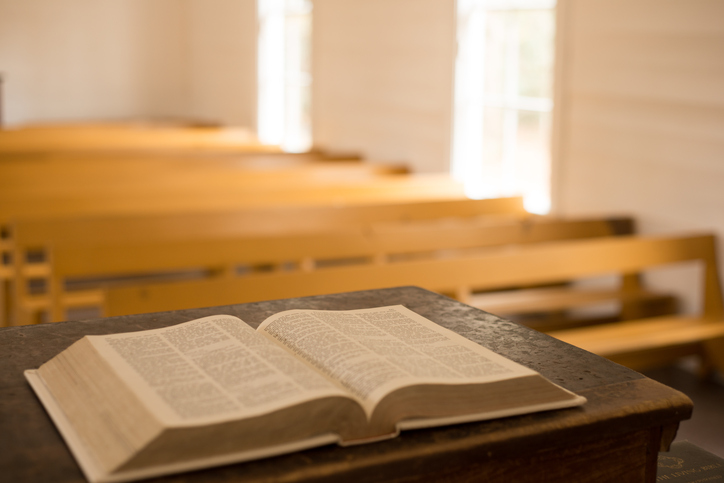 I hate preaching. There I said it. I really do. And right now someone reading this is saying, “I hate it when you’re preaching, too!” I have been preaching regularly now for 15 years, and it is almost always an agonizing experience for me. Here’s my attempt at explaining why.

Illness and weather are no respecter of sermons

So much work and scheduling goes into preaching engagements, and yet headaches, stomach bugs, head colds, and bad weather are no respecter of sermons. I have a friend who just planted a church and, on the third Sunday, they had to cancel services because the pipes froze at the church they’re renting. Preaching is hard enough, but when you have to preach with a sore throat, a headache, or after being sick with a stomach bug, it can sure make you hate preaching if you’re not careful.

Preaching is stress, and stress makes you lose IQ points

I get butterflies every time I preach. Even the most seasoned preachers I know admit that they experience a few butterflies right before speaking, too. The bad news is that stress, strong emotions, or anxiousness makes you lose temporarily IQ points. That stress can impair the functioning of the prefrontal cortex – the part of the brain responsible for problem solving, emotional expression, and helps make decisions. So the stress of stage fright makes you lose IQ points, and yet in the very moment when I am trying to explain things, I cannot say things as clearly as I might want to because the stress that accompanies public speaking has impaired my ability to do so. Man, I hate that about preaching.

Praise and criticism are hard to predict

I hate preaching because there is no one way to do it well. Preaching is an art, not a science. Some of the sermons that I have preached that are the most well-remembered and oft-quoted back to me are the same sermons that prompted the most angry emails or phone calls. I remember one week in particular when I was absolutely sure that I had preached a good sermon. It felt good as I was delivering it: hard truth mixed with pieces of cultural relevance and humor. It was a good sermon. The people in my church even loved it. They were talking about it on social media, and bringing it up in conversations with me throughout that week. It always feels so good to hit a home run like that once in a while. But then a man walked in to my office with a list of complaints about that very same sermon. He literally read his complaints off a piece of paper without looking up at me. He had been a friend, but now he wouldn’t even look at me. It was hard to believe that a sermon had done that. Especially such a “good sermon.” The very same sermon that had evoked such strong praise all week was now also drawing sharp criticism.

I hate preaching because of how I usually feel afterward. The adrenaline drop, the exhaustion, remembering how I forgot to share that story, or the second-guessing that always happens between my own ears. Even when a Sunday has gone well, I go home exhausted. I hate how drained I feel after preaching (whether it went well or not). Preaching takes a lot out of me, and I hate that.

A pastor friend of mine posted recently about how embarrassed she was that, during their Ash Wednesday service, she had misspoken when trying to say the word “ash.”

Apparently her story struck a nerve, because several other pastors chimed in with their own stories about misspeaking. One pastor mentioned a Sunday when he was referring to the comic strip Peanuts but stumbled on the word “peanuts,” and said another word most pastors would probably try to keep out of their sermons. Another pastor shared about a youth reader in church who got quite a few chuckles when he repeatedly mispronounced the word “Gentiles”.

Misspeaking is every pastor’s nightmare, and yet something every pastor has experienced at some time or another! Anytime I hear a preacher or public speaker misspeak, or stumble over their words, especially when in an embarrassing way, it makes me ache, and it makes me hate preaching a little.

I’ve received enough angry emails, letters, or phone calls over the years, but the most perplexing ones to respond to are the ones where people are angry about something I never actually said; or, things I said but not in the way the listener somehow heard. In fact, I’ve only ever had someone walk out in the middle of a sermon because of something I’ve said in a sermon (at least that I’m aware) and it was because this person completely misheard what I said.

That can get in your head if it happens to you enough times, and when I find myself wondering if someone might twist or mishear a statement I’ve made right in the middle of a sermon, it makes me hate preaching a little.

You spend a week or more preparing a message, and 25-30 minutes talking, and yet when I think of all the times people have ever gotten angry at me for something I said while preaching, it was rarely something at the heart of the message. Usually they were angry about some non-essential point (and usually, in the final analysis, it wasn’t what I actually said, but what they thought they heard me say).

I think it’s easy to assume that most people are just being polite, but our critics are the ones being really honest with us, saying what everyone else is thinking. You can be complimented and praised by dozens, hundreds, or thousands of people. All it takes is one angry person to make you second-guess everything.

But every time a critic finds a way to rob me of all the joy of a Sunday’s worth of preaching with an angry word or email, I hate preaching a little.

Preaching isn’t just risky because you open yourself up to the critics, though. Preaching is risky because it is a challenge to have something fresh, new, and true to say week after week. If you play it safe, you risk being boring. If you try to be creative, you risk saying something that no one else ever said before … because it isn’t true. Preaching every week is like white-water rafting: it’s exhilarating, it’s exciting, but even veterans respect how easy it is to get swallowed up by the current.

There are no shortcuts to good preaching.

Whenever someone asks me when I finish working on my sermon I answer, “After I am done preaching it.” When I am preparing to preach, I live with the sermon throughout the process. I think about it in the shower, I think about it when I’m driving, and it can even disrupts my ability to focus on other areas of my life. The intensity of the preparation process doesn’t drop off for me until after I am done preaching. I have refined my preparation process, but I am yet to find any shortcuts. My process may be more “fuel efficient” than it was when I first started, but it’s no shorter.

Thomas Mann once said of writers, “A writer is someone for whom writing is more difficult than it is for other people.” It seems to me that’s true of preachers, too. I know that I’m better at preaching than I was when I first started, and my listeners tell me I’m even a lot better than I was at it 2-3 years ago. But while the end result is getting better, the process isn’t getting any less arduous for me. Boy, do I ever hate that.

Why I preach anyway.

So why do preach anyway? I do not preach because I feel like I must be heard. I preach because I’m convinced the Gospel needs to be heard, and that it is my duty to teach the scriptures. When I preach I do so as a living sacrifice to honor my King. I hate preaching but I do it anyway because I am not ashamed of the Gospel of Jesus Christ, because it is the power of God (Romans 1:16).

Actually, my relationship with preaching is really a love-hate relationship, so my follow-up article will express ten of the reasons why I really do love to preach.