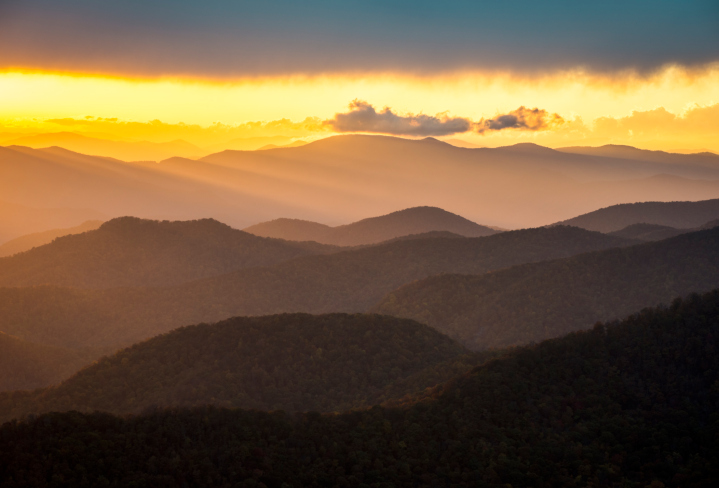 “Enemy-occupied territory – that is what this world is.  Christianity is the story of how the rightful king has landed, you might say landed in disguise, and is calling us all to take part in a great campaign of sabotage.” – C.S. Lewis, Mere Christianity

Signs of a great battle are visible to those who have eyes to see it in War, West Virginia. Once a prosperous community, this “Southernmost town in West Virginia” has fallen upon hard times in recent decades due to the decline of the coal industry. Today, the marks of poverty are omnipresent. Streets are dotted with rotted houses caving in due to years of neglect. The local junior high school, which closed its doors years ago but was never torn down, looks like Berlin in 1945, its floors littered with broken glass and scattered with National Geographic magazines from the 1980’s. In the gym across the street, black marks trace the history of a fire at the center of the old basketball court.

For lack of vision, Solomon wrote, the people perish (Pro. 29:18). “Pills and prostitutes” runs the gamut of things to do in War, according to Charlie Brown, the first person whom I and four friends from my church in Asheville, North Carolina, met on a recent weekend trip there. Like most people in McDowell County, Charlie receives government assistance. Like many others, what he makes reselling prescription drugs dwarfs the check he receives every month from Uncle Sam.

“Why would I work a job for minimum wage,” he asks, “when I can make more than a living selling people something they’re going to get anyway?” he asks rhetorically. The rhetoric masks the fact that he is not only a dealer, but a user as well. His profits fuel his habit, which is slowly destroying his body, claiming one of his kidneys a few months ago.

Only in his twenties, Charlie has already served a four-month prison sentence. He is now facing an indictment for larceny and the prospect of a second term, a prospect that he says doesn’t frighten him at all, although his voice does grow a little softer at the thought of leaving his wife, Jeannette, behind.

“I’ll never find anyone else who loves me like she does,” he says wistfully.

At a local diner, a conversation with Father Xavier Cooney, a Catholic priest who has served the area for 34 years, provides us with a little context for the run-down town we see. War was once a boomtown, he tells us, with trucks backed up all the way down Main Street running coal out of the mountains to the flatlands. No more.  The coal industry has been in decline for decades and the town of War has declined with it, losing two-thirds of its population. Today, 80% of the people in McDowell County are living on government assistance. Once-prosperous towns are riddled with abandoned buildings and many of them are dominated by drug dealers dealing quick fixes to hopeless people. Pointing to the newspaper, he explains the morning headline, which tells of the sheriff in neighboring Mingo County being shot point-blank by a major drug dealer just a few days earlier for vowing to get tough on crime. In the war between God and the devil, the devil seems in many ways to be winning in West Virginia.

There are exceptions, though. In a public park, we strike up a conversation with a young man named Mike, who turns out to be a worship leader at Living Water, a local charismatic church. Like countless others of his generation, he has flirted seriously with the idea of leaving the area for greener pastures. He has decided to stay put, however, out of a sense of rootedness. He loves the people among whom he grew up, and he longs to see the day when things take a turn for the better. Speaking thoughtfully in a Southern drawl, Mike tells us of a prophecy he once heard given in his church. Someone had had a vision of a heart in the shape of West Virginia, filling up from the bottom with blood. Mike sees it as an indication of future spiritual renewal.

“I believe revival’s coming,” he says, “and I hope it will begin here in War.”

At Open Arms Ministries, an Assemblies of God church in the nearby town of Bradshaw, pastors Junior and Sherry McClanahan also see signs of hope, though there are also significant challenges. As a young man, Junior was typical of young men in the area, working hard in the coal mines during the week and partying even harder on the weekends, a lifestyle to which his insomnia (caused by an overexerted adrenal gland) still bears witness today.

Junior met Jesus in young adulthood, however, and gave him his whole life. There is love in Junior’s voice as he speaks of his people, a people who respond quickly to religious appeals but whom he says it is difficult to truly disciple. His church owns an enormous warehouse stocked with clothing, food, furniture and other freely donated supplies, which the church gives just as freely to anyone in need. Their liberality has earned them a sterling reputation in the area, but their reach only extends so far. The temptation to escape back into drugs and the world of violence that often comes with them is a powerful enticement to people who can go months at a time without being able to find work. Only recently, Junior told us, a young man he knew well had shot and killed someone in a drug-related dispute.

The night before we return to North Carolina, we run back into Charlie Brown at a park in War and invite him to help us finish the pizza we ordered. Over the pizza, he tells us more about his stint in prison and his looming indictment and possible second prison term. In spite of his brushes with the law, he says he doesn’t regret the life he lives — he sees selling people drugs almost as a sort of ministry, a way of helping people escape their pain.

“Besides,” he says. “They’re going to get it anyway. I just make it a little bit easier for them.”

The conversation turns to ultimate things. We ask him if he believes in God.

“Yeah, I know he’s there,” he says quickly. “But I never pray anymore,” he adds. “I gave up on prayer as a kid. All I ever got in return was a handful of nothing.”

As the conversation winds on, his wife Jeannette joins us. Charlie tells her gleefully that this proves he hadn’t been lying the night before, when he told her he had been late getting home because he had been chatting with five Christian guys for over an hour. She laughs and joins us in conversation for a while, but when talk turns back to Charlie’s health problems and possible prison sentence, she breaks down and begins to cry.

“What am I going to do without him?” she asks, wiping her eyes with embarrassment before walking away.

All five of us begin to feel genuine love for Charlie and for West Virginia. Jim asks if we can pray for him. After deliberating for a moment, he says yes. We pray earnestly, asking God to reveal to Charlie the love he has for him. We feel that love burning in our own hearts as we watch him walk down the street and back to his pills, prostitutes, and poverty. We pray that he would not remain trapped in sin forever.

On the way out of town the next morning, as we drive down Main Street out of town, we ask the Lord to save Charlie and many others like him. We pray along the lines that he would raise up men and women who will lay down their lives, throwing their backs into the fight, for the sake of the people who live here. Perhaps God is calling men and women to this work even now. Perhaps, even now, God is calling you.