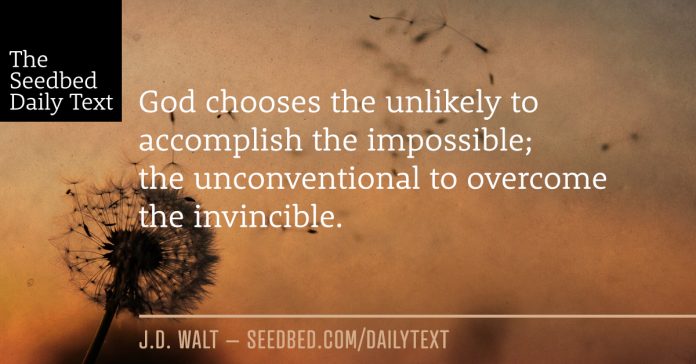 When they heard this, they were furious and wanted to put them to death. But a Pharisee named Gamaliel, a teacher of the law, who was honored by all the people, stood up in the Sanhedrin and ordered that the men be put outside for a little while. Then he addressed the Sanhedrin: “Men of Israel, consider carefully what you intend to do to these men. Some time ago Theudas appeared, claiming to be somebody, and about four hundred men rallied to him. He was killed, all his followers were dispersed, and it all came to nothing. After him, Judas the Galilean appeared in the days of the census and led a band of people in revolt. He too was killed, and all his followers were scattered.Therefore, in the present case I advise you: Leave these men alone! Let them go! For if their purpose or activity is of human origin, it will fail. But if it is from God, you will not be able to stop these men; you will only find yourselves fighting against God.”His speech persuaded them. They called the apostles in and had them flogged. Then they ordered them not to speak in the name of Jesus, and let them go.The apostles left the Sanhedrin, rejoicing because they had been counted worthy of suffering disgrace for the Name. Day after day, in the temple courts and from house to house, they never stopped teaching and proclaiming the good news that Jesus is the Messiah.

The gavel was falling. The sentence of death was about to be pronounced. We were about to get our first martyrs a chapter early.

But a Pharisee named Gamaliel, a teacher of the law, who was honored by all the people, stood up in the Sanhedrin. . .

One man, a minority report, persuaded a super-majority, the rest of the court of perhaps 23 men, to reverse course.

Did you ever consider that he was in point of fact a demonstration of the very words he spoke. Think about it.

For if their purpose or activity is of human origin, it will fail. But if it is from God, you will not be able to stop these men; you will only find yourselves fighting against God.”

That this one man managed to persuade a raging court with such a short speech was itself a sign that the Apostles mission was from God and not of human origin. If ever there was a chance for the purpose of the Apostles to fail it was here. The verdict was against all odds.

Gamaliel, . . . could he have been a covert agent of the Kingdom? Maybe even a double agent? We will hear about him once more before this story ends. It turns out he taught and trained the primary author of the New Testament.

The bottom line: God chooses the unlikely to accomplish the impossible; the unconventional to overcome the invincible. He just wins like that.

Get this picture in your mind, of the fledgling band of Apostolic brothers. . . freshly flogged. . . beaten bloody. . . walking down the road. . . heads lifted high. . . smiles on their faces. . . slapping first century high-fives. . .  BECAUSE THEY HAD BEEN COUNTED WORTHY OF SUFFERING DISGRACE FOR THE NAME! WOW!

Have you ever considered what it might mean for you to be considered worthy of suffering disgrace for the name of Jesus? Why might this thought never cross our mind?