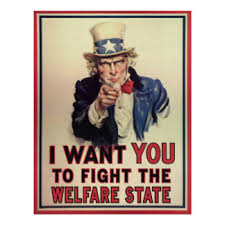 Should Christians support welfare for the rich?

It might make sense. If the rich get richer, everyone benefits. Pour water into a cup long enough and it flows down abundantly, giving everyone a drink.

I commend to you an astute essay by James Ryerson in the December 20, 2015 Sunday Book Review of The New York Times titled “All Things Being Unequal.”

The article reviews five new books dealing with economic disparity: The Inequality Trap, by William Watson; On Inequality, by Harry Frankfurt; Income Inequality, by Matthew Drennan; America’s Founding and the Struggle Over Economic Inequality, by Clement Fatovic; and Welfare for the Wealthy, by Christopher Faricy. This is my reflection on Ryerson’s article.

First off (to set aside an issue some of these books raise): Economic inequality itself is not the issue. From a Christian and public welfare perspective, the question is not equality or inequality. It is economic justice. Let’s avoid the trap of thinking the public-policy goal should be economic or income equality, since that is both unachievable and undesirable. Would be we be happy if everyone’s income were equal but unlivable, or just at the poverty line? Would we want everyone to be equally poor, or equally rich, or equally middle-class? This line of reasoning quickly leads to absurdity.

So let’s lay aside the question of equality and speak rather of equity and justice in economic, political, and social relationships.

A main argument of capitalism is that economic inequality is a key driver of the economy, gradually leading to general prosperity. Rising living standards in the West were driven by the pressure of economic disparity, it is said, whereas Communism with its attempt to enforce economic equality was a disaster. In a measure that’s true, but it’s not the whole truth.

Ryerson succinctly summarizes the first four books and then focuses on Welfare for the Wealthy: Parties, Social Spending, and Inequality in the United States, by political scientist Christopher G. Faricy (Cambridge University Press). Faricy’s argument and evidence are worth noting. I quote the final three paragraphs of Ryerson’s article:

Faricy’s contention is that for the past four decades, Democrats and Republicans have increasingly used big government to promote social welfare programs—but each party has employed different tools and targeted different beneficiaries. [Comment: Other analyses I have seen make essentially the same point.]

Democrats, as we know, use higher taxes to fund programs like Social Security, Medicare and Medicaid, which serve society’s poor and vulnerable. That is the public welfare state. But Republicans do much the same thing in service of a private welfare state: They use tax breaks to subsidize employer-sponsored 401(k) plans and employer-sponsored health insurance, which serves the better-off. Faricy observes that tax breaks, logically speaking, are just government spending in another guise (both cost the government money), and that programs like the 529 college savings account, which is supported by such a tax break, are welfare programs for rich families. (About 70 percent of that program’s benefits go to households making more than $200,000 a year, costing the government $1 billion over the next decade.)

Those of us in the Free Methodist Church will know that our main founder, B. T. Roberts (1823-1893), commented precisely on that point in his prescient little book, First Lessons on Money.

Today in the U.S. when political leaders raise the issue of economic disparity between rich and poor, their opponents accuse them of “class warfare” (with hints of Communist ideology). But we Christians need to remember that discussions of rich and poor are deeply rooted in Scripture, in both Testaments. The writers of Proverbs and Psalms, of Torah and the Prophets, speak of rich and poor and economic injustice. It’s no surprise then that this is a key theme in Jesus’ life and teaching, picked up in the New Testament also by James, especially.

These are biblical issues. Perhaps Paul best summarizes the general biblical perspective in 2 Corinthians 8:13-15—“I do not mean that there should be relief for others and pressure on you, but it is a question of a fair balance between your present abundance and their need, so that their abundance may be for your need, in order that there may be a fair balance. As it is written, ‘The one who had much did not have too much, and the one who had little did not have too little.’”

Some may object: Paul is talking about the church, not government or general society. But the mission of the church is to model now what should be true in society—and not only model it, but be salt and light, leaven, so that the kingdoms of this world look more like the kingdom of our Lord and of his Messiah.

I write this not to convince ideologues on the Right (who won’t be convinced) nor ideologues on the Left (who may use Faricy’s argument as a weapon rather than a bridge toward workable compromises). I write this to say: As Christians, these are public policy issues we should concern ourselves with. In the public square we should work for kingdom of God priorities that bridge Right and Left, drawing insights from both, always reflecting the biblical concern for economic and social equity as well as freedom and personal liberties. Not playing off the church or personal liberties against government, but affirming the need for and legitimate role of both. We all—persons, church, government—have a stake in “the general welfare” (as the U.S. Constitution has it). That is, the wellbeing of all and not special privileges for the few.

These are gospel priorities in society. Yet as Christians we find our greatest meaning, security, community, opportunity, and prosperity not in or through government or public policy, but in responsible discipleship in and through the Christian community.

I close with this quotation from Franklin D. Roosevelt’s Second Inaugural Address in January, 1937 (with thanks to Mike Rynkiewich for the citation): “The test of our progress is not whether we add more to the abundance of those who have much; it is whether we provide enough for those who have too little.”