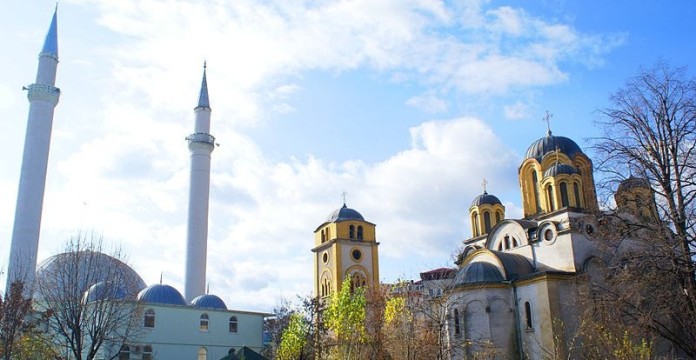 Every now and then it’s important to remind ourselves of our common commitments. This is the commitment of the global Wesleyan Methodist family when it comes to relating to the Islamic world.

The world’s two largest religions, Christianity and Islam, are today perceived by many people to be on a collision course, as a result of militant religious fundamentalism and aggressive secular militarism.

As Wesleyan Methodist Christians, we believe that Christ Jesus is the Lord of creation and history and the Savior of the world. As followers of Jesus, we believe in the rule of love, the worth of all persons, tolerance of others and Christ’s vision of a kingdom of peace.

As a consequence, we respect much of what we witness in Islam. We share Islam’s strong emphasis on prayer and fasting, the call for the pursuit of personal holiness, and the focus on charity and the dignity of every human being. We are aware that Islam, like Christianity, is expressed in many different ways in different cultures. We recognize the faithfulness of most Muslims as they seek to live lives committed to Allah and free from the perversions of this world. We also appreciate the many great contributions of Islamic culture that have benefited humankind.

We are keenly aware that Muslims have been abused, oppressed, humiliated, and enslaved by the political, economic, and military forces of Western nations and that, even though these nations have functioned primarily as secular entities, they have been associated with the Christian community. Further, we clearly acknowledge that the abuses of Muslims by Westerners connected with the Medieval Crusades, the imperial colonialism of the eighteenth and nineteenth centuries, and the militarism of the twentieth and twenty-first centuries have often been driven more by greed, self-preservation, and a distorted interpretation of the Christian faith than by the peaceful and loving commandments of our Lord and Savior Jesus Christ. For these abuses by the Christian community, we seek the forgiveness of Islamic people throughout the world.

We are also aware that Christians were abused and enslaved by force in the establishment of the Islamic Empires. As disciples of Jesus Christ, we abhor the terrorism of militant Islam and the militarism of Western governments that are escalating in a tragically violent spiral causing immense suffering, fear and grief throughout the world. We join with peace-loving persons of both faiths in rejecting the use of Christianity and Islam for the abuse and enslavement of persons. The Qur’an and the Bible call us to honor and respect all people, to submit to the will of God in all things, and to bring about a just and peaceful society in which love and tolerance overcome hate and fear.

Aggression against people or nations, for any reason other than self-defense or the defense of others, is in conflict with the teachings of Christianity and Islam, in both the New Testament and the Qur’an. We call on all Christians and Muslims to bring an end to the cycle of hatred and violence threatening all persons and creation.

Even though we recognize and affirm some similarities between Islam and Christianity and between the Qur’an and the Bible, we believe the distinctions between us are significant.

Though we understand that Muslims believe that Allah is revealed to the world in the Qur’an, we affirm that God is revealed in the Bible and God’s ultimate self-revelation is in the person of Jesus Christ.

Though we understand that Muslims affirm the absolute oneness of Allah, we believe that God is one and has been revealed to us in three persons as God the Father who gave us life, as God the Son in whom God’s complete nature is disclosed, and God the Holy Spirit who abides within us and continues to give us strength and guidance in all that we do.

Though we understand that Muslims believe that all of life’s realms – personal, religious, social, family, political, economic, and military, must come under the authority of Allah, Christians affirm God’s sovereignty and the Lordship of Christ Jesus over all of life.

Though we understand that Muslims believe that salvation comes through complete submission to Allah through affirmation of the declaration of faith (shahada), participation in daily prayers (salat), giving of alms (zakat), observation of the Ramadan fast (sawm), and participation in the pilgrimage (hajj), Wesleyan Methodist Christians believe that salvation comes through justification by grace through faith in the revelation of God in the person of Jesus Christ. Jesus is the singular, unique event in human history which makes the salvation of all human beings possible. This salvation received by grace is lived out in a life of discipleship seeking holiness of heart and life. In a world ripped apart by sin, fear, hopelessness, and meaninglessness, we believe that the coming of God in Jesus of Nazareth and the teachings, sacrificial death and miraculous resurrection of Jesus offer healing, hope, and salvation for all. This salvation provides escape from the bondage of sin, meaningful new life, the reconciliation of persons, the renewal of all creation, and the hope of eternal life for all who trust in the Lord Jesus Christ.

We believe that God calls us to affirm the dignity and wholeness of every human being and we respect the right of all persons to worship God in the way that is most meaningful to them. Therefore, we hope and pray that governments will not impose laws that infringe on the religious rights of their citizens. We affirm that if it is acceptable to build Mosques in Christian cultures, it should also be acceptable to build Christian churches in Islamic cultures. As Christians, we also believe that we are called to share God’s love, forgiveness, and gracious action in the person of Jesus Christ with everyone.

Christians seek to live in a world community that is shaped by the reign of God, and we pray for and expect the kingdom of God, righteousness, peace, and love to come on earth as it  is in heaven.

Therefore, all Wesleyan Methodist Christians are called by God, first, to lovingly accept Muslim brothers and sisters as persons of faith; second, to stand firm against violence and hatred in all its forms; third, to stand with persons who are being persecuted and are suffering for their faith; and fourth, trusting in the power and guidance of the Holy Spirit, to share with all persons, including Muslims, the love and grace of our Lord Jesus Christ through our words, deeds, and signs by the power of the Holy Spirit, and invite them into life-changing relationships with God through Christ.

Developed by the Officers, Staff, and Regional Secretaries of World Methodist Evangelism