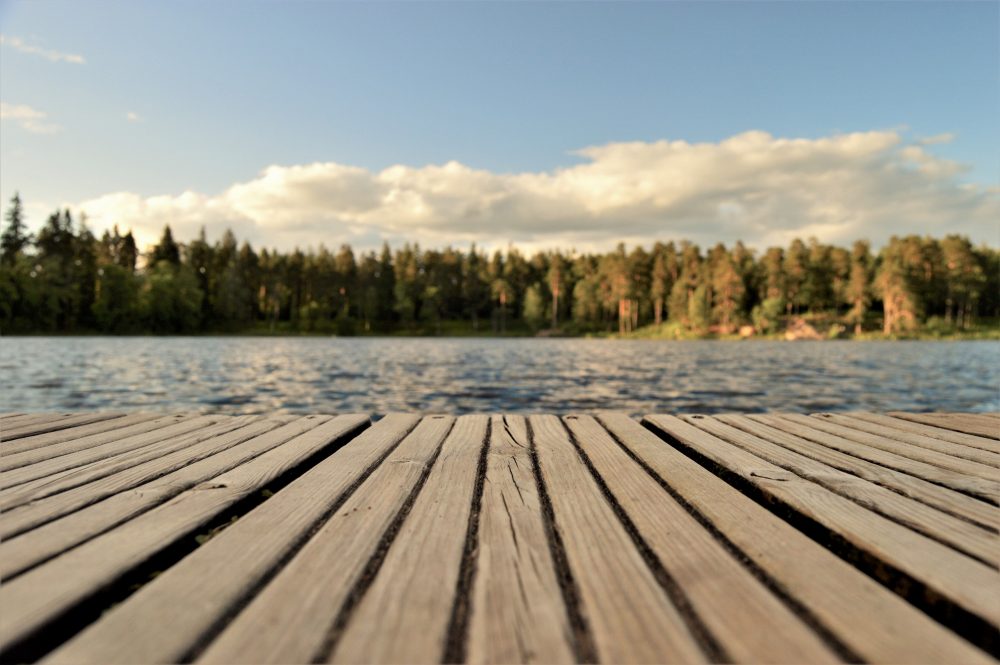 While many of us, especially us extroverts, are good at talking with people, we often struggle when it comes to speaking with God. Prayer can be overwhelming for many because we don’t know the words to speak. That said, when it comes to prayer, the most important part isn’t speaking. It’s listening!

When we speak, we need to give God a chance to respond.

We need to be open and aware to God starting a conversation with us.

We need to listen and give him a chance to talk.

Listening and giving God a chance to speak isn’t just good advice. It’s necessary and vital to having a true conversation with God.

While I regularly listen to God, I have to be candid in saying that I’ve never audibly heard his voice. I imagine a voice similar to Morgan Freeman or James Earl Jones booming from heaven. Or like Mr. Belding over the loud speaker on Saved By the Bell. I wish I could say I’ve heard his audible voice but I haven’t. I know I have a few questions that I would love to ask God and get a specific answer to.

So, I haven’t audibly heard God’s voice, but I have heard God speak though.

In the morning, as I’m getting ready and am a bit overwhelmed by the day ahead of me, I hear his voice.

In the car, after I drop the kids off for school and am on my way to the office, I shut the music off and hear his voice.

During the busiest of days.

In the middle of a church service.

Standing on the shore at my small lake cabin.

As I’m reading my Bible.

When I’m sitting on my front porch.

In a crowded noisy room.

On a bitter cold night, when I’m on my walk.

When I can’t sleep and it’s quiet.

I hear God speak. It isn’t audible. I hear it within me. Within my soul.

I can’t fully explain what it’s like. I just know what it sounds like. It’s kind of like describing my dad’s voice to you. It’s warm and friendly. A manly voice but not too deep. Does that help? After 30 plus years of hearing his voice, I know exactly what it sounds like, but I struggle to describe it to another person. It’s just something you learn, once you hear it yourself.

In the book of John, Jesus describes himself and he says:

“I am the Good Shepherd. I know my own sheep and they know me.”

“My sheep listen to my voice.”

Jesus is saying, “Those who know me, will know my voice.”

While I can’t fully explain the voice of God, I know what it sounds like because I’ve been listening to him. Day after day.

By spending time with him. Time. Listening to his voice. 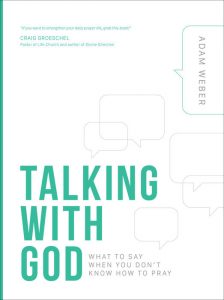 Get Adam’s new book, Talking with God: What to Say When You Don’t Know How to Pray (Waterbook & Multnomah, 2017). “The truth is, prayer is simple. It’s like talking. Talking with a good friend. And the best part? Our God can’t wait to talk with us.”