What Happens When We Live Out Our Salvation in Christ? - Seedbed
close
Menu 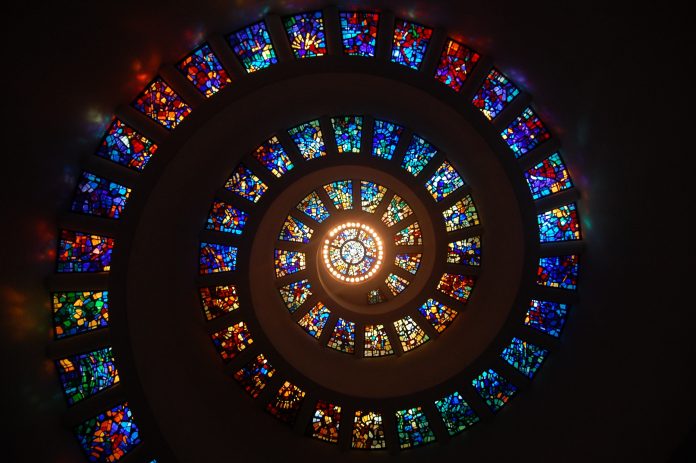 Question: What Happens When We Live Out Our Salvation in Christ?

Answer: God continues to work in us to make us holy and blameless.

But now he has reconciled you by Christ’s physical body through death to present you holy in his sight, without blemish and free from accusation. (Colossians 1:22)

Okay, so there are a few big, fancy words that we use when we talk about salvation.

We’ve just been talking in the previous lesson about justification and regeneration (though we didn’t use those terms).

Justification is being set right again with God. Making peace with God. It’s being forgiven for our rebellion.

Regeneration is the new life that comes from believing in God. It’s being welcomed into God’s household again where there’s food and shelter. And being given the ability to live as faithful servants.

Sanctification is the process of God helping us to work out the last shreds of rebellion from our hearts and minds.

Everything important is worth saying twice, so I’ll say this again and put things even
more simply:

Justification spares us from death. It is God’s action of pardoning us in Christ, so that it is “just as if” we’d never sinned.

Regeneration gives us life. It is God’s action of bringing us back from the dead and giving us power to follow Christ.

Sanctification gives us new ways of living. It is God’s action of helping us to actually become like Christ. Through justification and regeneration God has planted in us a seed of new life, where once the soil was dead and barren. Sanctification is “growing in grace” until the plant is fully grown (2 Peter 3:18).

To understand sanctification, it helps to know what the word means.

Sanctification means the process of becoming holy, which means to be set apart for its intended purpose. In our case, that means to do the good works

God planned for us in Jesus Christ (Ephesians 2:10). In other words, we are meant to be righteous the way that Jesus is righteous.

And we can’t do it on our own. But there’s good news.The whole Trinity is on the case.

This is necessary because we come out of the box, even when we are newly born,
with a sinful nature. And we’ve grown up in a sinful world, among sinful people.

Even when we’re forgiven and given new life we don’t have the understanding or ability to live as members of God’s family.

Here’s a bit what it’s like. Imagine you were lost in the forest as a child and, like Mowgli from The Jungle Book, you were raised in the wild by wolves. You learn all the wolfish ways of living and hunting. You learn to fight like a wolf. You survive by killing and hiding food and scaring off other animals to make sure you always have enough to eat.

One day, though, a tiger comes into the forest and you can’t fight him off.

He’s too powerful, so you retreat to your cave, but he corners you.

Except just then you hear a gunshot. The tiger runs off, and there are your parents. They’ve found you at last. And they take you home.
They are overjoyed at your return. And you’re glad to be saved, but you find life in the human world confusing. You get in fights with people who come to visit, you steal and hide food from your parents, and you live in constant fear that others will try and kill you.

In other words, you are still living in all the ways that you learned in the forest. Those ways may work in the forest, but they don’t work in a human family. You have to go back and learn all the stuff you never learned as a child.

You have to learn to bathe (but you’re afraid of water), and learn to read (even though it’s not as exciting as running around in the woods), and you have to learn to trust other people (which is very hard for you). Your parents have taken the boy out of the forest—which was hard—but it’s turned out to be even harder to take the forest out of the boy. That’s how it is with us and God.

To return to the example of the rebels who become servants of the king, it’s the work of a moment to surrender to the king, but it’s a long process to stop thinking, and acting, and feeling like a rebel. The king gives us pardon and new life, but it’s work to become faithful servants (Romans 6:18, 22) That’s sanctification. It’s the work of going from just being saved by Jesus’ death to being imitators of Jesus’ life. So if it’s so hard and difficult, why does God bother? Again, going back to why the Father sent His Son Jesus, the reason God saves us and then transforms us, is because He loves us. C. S. Lewis said it well:

We are, not metaphorically but in very truth, a Divine work of art, something that God is making, and therefore something with which He will not be satisfied until it has a certain character. Here again we come up against what I have called the “intolerable compliment.” Over a sketch made idly to amuse a child, an artist may not take much trouble: he may be content to let it go even though it is not exactly as he meant it to be.

But over the great picture of his life—the work which he loves, though in a different fashion, as intensely as a man loves a woman or a mother a child—he will take endless trouble—and would, doubtless, thereby give endless trouble to the picture if it were sentient. One can imagine a sentient picture, after being rubbed and scraped and recommenced for the tenth time, wishing that it were only a thumbnail sketch whose making was over in a minute. (The Problem of Pain, 29–30)

In the same way, it is natural for us to wish that God had designed for us a less glorious and less arduous destiny; but then we are wishing not for more love but for less. God loves us so much he won’t be satisfied until we’re perfect. In this way we can be reminded of Leonardo da Vinci, who kept the Mona Lisa with him continually, even when he moved from Italy to France. He loved the painting and wanted it to be great.

And so he worked on it for years and years so it would be
perfect. We’re like that. We’re God’s great masterpiece that He started at the beginning, and won’t be satisfied until it’s just right again.

As Paul wrote in Colossians 1:22, Jesus is working to make us holy and blameless. He’s rubbing out all the stains, and repainting the rough lines until the picture is perfect and beautiful.

What this means for us is that as long as we let Him, God will continue to change our hearts and minds until we’re totally free from those old rebellious ways. 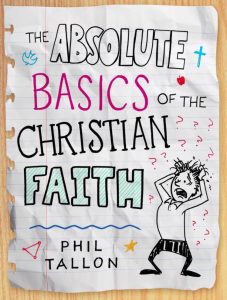 If you found this entry helpful, you’ll enjoy the illustrated, down to earth catechism called The Absolute Basics of the Christian Faith by Phil Tallon. It’s the perfect little study for: Confirmation classes; Newcomer classes; Families; New Christians. The Absolute Basics of the Christian Faith is a visual introduction to the core beliefs of the Christian faith. While it assumes no background knowledge of the scriptures or church teachings, this eight-week study is stocked with rich explanation and engaging videos that bring catechesis to life for people of all ages, backgrounds, and stops along their spiritual journey. Get the book and video resource from our store here.