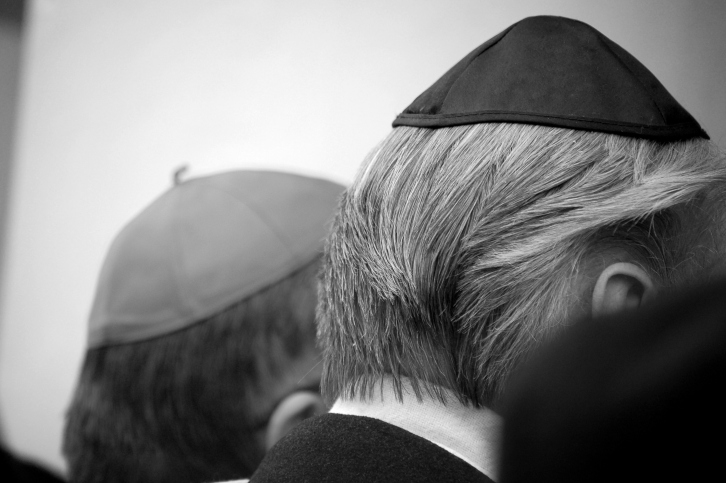 Read Part 1 of this miniseries.

I was very apprehensive about the whole “Mary” subject. In an effort to avoid any type of Marian adoration or worship, the Protestants have left her behind. Sure, we may not want to go as far as meditating on a Hail Mary and putting her statue in our yards, but we should keep her example and her willingness to be the “handmaid of the Lord” at the forefront of our daily walk with the Lord. She could be called the very first disciple of Jesus (John 2). She knew what he could do and believed fully in Him.

The most important thing is to understand what Catholics actually believe about Mary. For more explanation on Mary, I would urge you to read a companion to the Catechism, like Catholic Christianity (Ignatius Press, 2001) by Peter Kreeft, or hear a great teaching by reformed Pastor and speaker, R.C. Sproul, on the topic, simply titled, “Mary.”

After journeying for sometime in the Catholic Church, I’m realizing how much my prayer life has deepened. I feel that I can now sit in silence and solitude and not be uncomfortable. You may not understand the Rosary or be keen on the “Hail Mary” and “Hail Holy Queen” being uttered, but the purpose of meditation and contemplation behind the Rosary is beautiful.

The Catholic Church has a large list of prayers that can be lifted up to God, like the “Glory Be” and “Our Father,” but also beautifully worded prayers of meditation and reflection like “Divine Mercy Chaplet,” which simply asks the Lord to have mercy on the world.  Saint Ignatius’ Anima Christi prayer and some of Saint Francis’ prayers are among the scripted prayers that give us words we sometimes have trouble finding.

Among the Catholic attention to prayer, the reverence they have for the Lord and the Church is beautiful. Most churches have at least one 24-hour period a week where the Eucharist is exposed and people come and spend time with Jesus in Adoration of Him. Some churches even have 24/7 adoration.

At mass, they bow, they kneel, and they cross themselves. They respect the altar where communion is served and they treat church teaching and mass liturgy with respect and honor. There is incredible reverence and respect for how mighty and powerful, and how gracious and loving the Lord is. Everything has a purpose and everything has meaning. Each action and each phrase that is uttered means something and expresses something worshipful. Dr. Scott Hahn, a Protestant-turned-Catholic scholar and theologian has great teachings on the Mass in his books, like the Lamb’s Supper (Doubleday Religion, 1999) and his audio sermons like the “Fourth Cup.”

This is a hot topic for debate among Protestants. Most think that Catholics believe that you have to confess your sins to a priest to be forgiven; you can’t just go straight to God. Confession is a necessary part of our faith. It keeps you accountable to someone and allows you to release things you have confessed to the Lord, but for which you may have a problem forgiving yourself. Paul warns us to keep our hearts clean when approaching communion. He says we reap judgment upon ourselves if we approach communion dishonorably.

8. Communion Is More than a Symbol

This was why I was drawn to the Catholic Church in the beginning. The church I was attending and the other churches I had visited treated communion like any ritual act and any other meal at church. There was no discussion of it’s true meaning; is it a symbol or does it mean something more? There was no call for repentance and confession before receiving the sacrament. There was no reverence for the thing Jesus specifically asked us to remember Him by.

This is not to say you have to believe in the “Real Presence” or transubstantiation. However, understand that communion, the bread and the wine, is much more than merely a symbol. John Wesley himself believed in the special graces the Sacrament affords its partakers. It is a sacred and intimate act with the Living God.

Many of the things the Catholic Church has taught for centuries have stood the test of time and are still influencing its practitioners and faithful believers. There is beauty in the tradition that influenced, at least in some way, the Protestant arena we live and work in today. What would it look like for us to be able to have unity with our Catholic brethren and be able to worship with them uninhibited? Surely there is significant work to be done by both traditions. As Paul says in 1 Corinthians 9, for the sake of the Gospel we should be “all things to all people.” In this way, we should embrace the richness that Catholic brothers and sisters bring to the Christian faith.