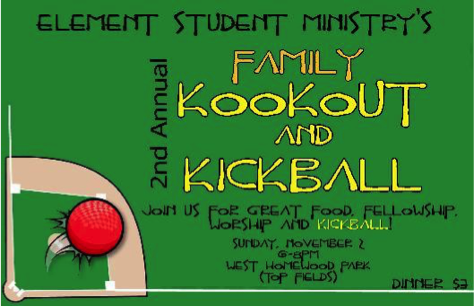 But why the caution? I mean, if the OT is loaded with positive things to say about wine and beer, and if Jesus clearly blessed them by making wine at Cana and sanctifying the Passover cup as a sacrament, why hold back? If we avoid the pitfalls of confusing their culture practice with ours, why not boldly go where the Bible points? Is the whole idea of complete abstinence from alcohol just some legalistic fantasy created by people who can’t stand the thought that someone, somewhere is having fun?

It’s always surprising to realize that in the midst of the Bible’s affirmations about wine and beer, surprising statements appear commending… total abstinence, for set periods, sometimes, for life.

Several situations in the Old Testament include strong commendations of complete abstinence from alcohol, and all are worth mulling over as we seek to construct a responsible, informed, biblically shaped life. I plan to spend a couple posts unpacking these categories.

The first is a person in the life of ancient Israel called the Nazirite. Almost anyone who reads the Bible knows the nazirites were required to abstain from alcohol, along with also staying separated from anything related to death and also

keeping their hair and beard uncut (cf. Numbers 6). As described in Numbers, the nazirate was entered into voluntarily for a limited period of time. Most scholars, however, believe this is a “subset” of a larger tradition that sees the role of nazirite as permanent, like that of the priest or, especially, the prophet. All our narratives about nazirites involve the nazirite rule as a life-long habitus.

Nazirites aren’t popular among most evangelical writers, especially on the topic of alcohol. The approach is usually to concede the existence of the office and then dismiss it. Few, of course, would appeal to the Nazirite as the model for everyone, because after all, nazirites were the spiritual elites of ancient Israel. Who would want to aspire to maximum spiritual devotion? We should recall that the nazirite was not considered some aberrant, weird person everyone avoided or felt awkward around. Consider:

So the abstinences of the nazirite, even though they were a minority, were not considered odd, bizarre, or odious, but were cherished as pointers to a life of total devotion to God and plays a role in understanding the ministry of Jesus. As a matter of fact, the same terms are used to describe the holiness of the nazirite as are used to describe the holiness of Israel’s High Priest (cf. Lev. 21:11ff and Numb. 6)

Here’s an intriguing irony about the Nazirite. Though defined by abstinence from alcohol, the Hebrew term נָזִיר nazir, normally (correctly) translated “dedicated, devoted” at times connotes equally freedom, something allowed to run wide open, given free rein. For example, in Leviticus 25:11, the grapes growing “wild” in the sabbatical year, when no harvest is to be taken, are called עִנְבֵי נְזִירֶיךָ ‘inbê nezîrêka “the grapes of  your nazir” which essentially conveys “the grapes you have allowed to grow freely in the observance of the sabbatical year.” So the idea seems to be a peculiar blend of following a rule and, at the same time, running wild and free! And as for avoiding corpses or anything connected with death, clearly the idea here is to defy death, to bear witness to death’s not being Yahweh’s ultimate plan for his people. The Nazirite represents a powerful witness for the defiance of death and the unleashing of life, wild, luxurious and free. Those original life-long nazirites were charismatic warriors and devotees of Yahweh, the xTreme version of personal OT faith. So emblematic was the nazirite as a leader in devotion that the term for a leader’s crown or diadem is nezer, cloned from the same term as nazir. Far from being a peripheral, disposable feature of the OT faith, the nazirite embodied its high expression.

Like I keep saying: does this mean that total abstinence is somehow mandatory? Of course not.

But it’s important to note that total abstinence is not frowned on either! So when someone writes, as I saw in an editorial recently, that total abstinence is abnormal or might harm a person’s Christian witness, I can only say “Bul… uh, horse-manure!” Someone saying that is an immature person who can’t simply exercise his freedom in Christ: he has to lean on others who make a different, and biblically, possibly higher choice!

The nazirite reminds us that in the community of God’s people, as a whole, abstinence has a cherished place: it is a sign of total dedication to God. These persons in ancient Israel were seen as parallel to the prophets, as embodying  both self-restraint and unleashed death-defying life… As Gordon Wenham writes, “These examples suggest that vows and other self-imposed obligations may still have a place in church life, pointing to the total dedication to God’s service that is the goal of all Christian disciples.” (Tyndale Commentary; Numbers, p. 100, italics added)

Which leads me to a question for my total-abstinence readers. So… is your abstinence a sign of xTreme devotion, of unleashed life, of defiance against death… or is it just a prickly legalistic thing that leads you to judge others?

So… that’s something else that “they” didn’t tell you about alcohol and the Bible!

What They're Not Telling You About Alcohol and the Bible (4)