What a Christian Millennial Woman Has to Say about Sex 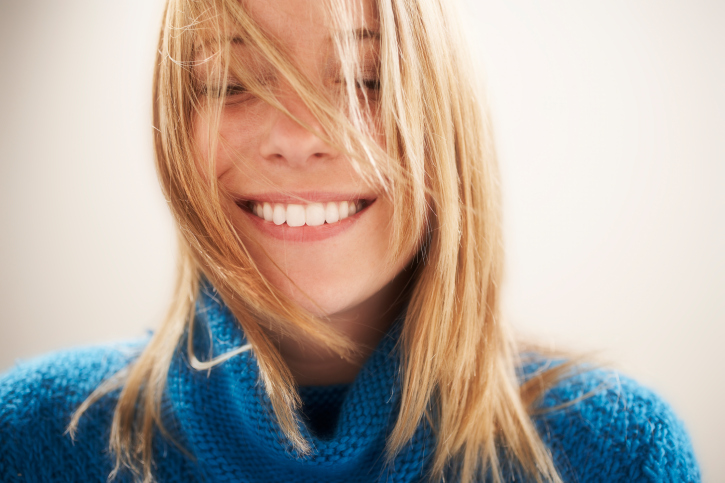 I am a product of the millennial generation.

I was born in the late eighties in an age of information and digital revolution. This means that the generational cohort with whom I grew up had more access to Internet pornography, sensual media, and information on sex than ever before.

I am also a product of the Christian subculture.

I grew up in the Church where Christian leaders taught me to save sex for marriage. I learned slogans like “modest is hottest” and “true love waits.” This ideology led some millennial Christians to develop a negative connotation toward sexuality; for others, the phrase in Christian teenage praxis looked more like, “true love waits for junior or senior year of high school.”

As a millennial teenager who attended public school, I was exposed to sensual media and privy to countless accounts of my peers’ sexual experiences. As a Christian teenager, I relied upon those I trusted in the Church to responsibly appease my curiosity with accurate and reliable information. With a few exceptions, I quickly and disappointingly discovered how uncomfortable and inexperienced Christian baby boomers and gen-Xers were with talking about sexuality from a healthy biblical perspective.

Once I reached adulthood, I began to ask my married Christian friends about what to expect on my wedding night, how to mentally and emotionally approach sex, etc. Planning for marriage myself, I naively thought that I would finally receive some helpful information from those who had gone before me.

Instead, I discovered the following:

1. Many married Christians in older generational cohorts are no better at talking about sex than they were when I was growing up.

2. Many millennial married Christians have just as many questions as I used to because few within the Church have wrestled with their own theology of sex.

3. More often than not, well-meaning Christian couples who are willing to talk about sex are either: too embarrassed to communicate effectively with others about sex, or too personally disclosing to prove beneficial to the listener.

4. More often than not, the Church has either: Remained silent on the topic of sexuality, or conveyed a plethora of unhelpful messages about sex (awkward at best; psychologically damaging at worst).

Thus, I sought out to find my own answers. In addition to Scripture, the most insightful information I received on the spiritual, emotional, and psychological components of sex came from reading books on the topic that were theologically sound (Dr. Ed Wheat and Gay Wheat’s Intended for Pleasure: Sex Technique and Sexual Fulfillment in Christian Marriage and Christopher and Rachel McCluskey’s When Two Become One: Enhancing Sexual Intimacy in Marriage are two great resources). However, the most helpful information I received on the physical aspect of sex came from my non-Christian friends!

I don’t know about you, but this reality frustrates me. Why, as Christians, are we so uncomfortable with our own sexuality? After all, if God created us male and female and saw that it was very good, why have we come to view sex as very bad or at least not very good?

Why, as the Church, are we so far behind in teaching others about sex as God designed it, particularly in this age of information? Between magazines, television, Internet, conversations with peers or parents, and personal experiences, all of us come to learn about sex in one way or another. Why has the Church not done a better job of helping us filter out messages related to shame and selfishness so that we might come to a redemptive view of sexuality?

I love the Church. I am a part of it. But I am burdened for many who have been negatively affected by the Church’s shortage of sound teaching and her lack of life-giving guidance in regard to sexuality as God designed it. Furthermore, I take responsibility in my generation to promote a positive, balanced, and well-informed view of sexuality based first and foremost on truths found in Scripture.

What a Christian Millennial Woman Has to Say about Sex