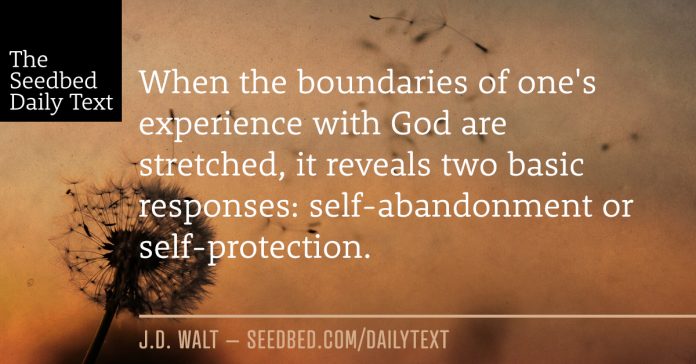 When the day of Pentecost came, they were all together in one place.Suddenly a sound like the blowing of a violent wind came from heaven and filled the whole house where they were sitting. They saw what seemed to be tongues of fire that separated and came to rest on each of them. All of them were filled with the Holy Spirit and began to speak in other tongues as the Spirit enabled them.

Now there were staying in Jerusalem God-fearing Jews from every nation under heaven. When they heard this sound, a crowd came together in bewilderment, because each one heard their own language being spoken.Utterly amazed, they asked: “Aren’t all these who are speaking Galileans? Then how is it that each of us hears them in our native language? Parthians, Medes and Elamites; residents of Mesopotamia, Judea and Cappadocia, Pontus and Asia, Phrygia and Pamphylia, Egypt and the parts of Libya near Cyrene; visitors from Rome (both Jews and converts to Judaism); Cretans and Arabs—we hear them declaring the wonders of God in our own tongues!” Amazed and perplexed, they asked one another, “What does this mean?”

Some, however, made fun of them and said, “They have had too much wine.”

The movement began with phenomenology:  Tornadic sounding winds, tongues of fire descending on people, women and men speaking in foreign languages they could not themselves understand. This was not a pre-scripted ceremony as one might expect at say, a Passover Celebration. This was “live” reality TV. Things were happening that were not in the bulletin.  The Holy Spirit did not come with an announcement of his arrival. He just arrived.

Note the two very divergent responses from those present.

1. Amazed and perplexed, they asked one another, “What does this mean?”

2. Some, however, made fun of them and said, “They have had too much wine.”

As it was then, so it is now. When the boundaries of one’s experience with God are  stretched, it reveals two basic responses: self-abandonment or self-protection. The former marvels in stunned awe. The latter mocks with sarcastic antagonism.

To be sure, much of what gets passed off as Holy Spirit phenomenology these days may or may not  be dramatic expressions of  human personality, but how we respond says much more about us than it does about them.

Years ago when my wife and I were in seminary a traveling revival descended upon our town. Never before or since  have I witnessed the kinds of apparently supernatural phenomenology  occurring in those meetings. Fireworks abounded, but so did miracles. And yes, it split the community into two groups; those who marveled and those who mocked. It always does.

At one of the evening services  I approached a seminary professor and asked his take on what was unfolding. I will always remember his response. In a spirit of awed humility he said, “J.D., there’s a lot happening here that is  clearly “of” the Spirit, and yes, there are some things happening that are clearly being driven by human personality. Don’t be afraid of this. Lean into it with discernment.”

Let me close today with  a few simple rules of engagement when it comes to spiritual phenomenology  outside our comfort zone.

2. Resist the compulsion to be a spiritual thrill seeker. I call them storm chasers. (Oops! I think I just broke rule #1.)

3. Suspend your initial need to make a snap judgment, lean into the possibilities, and instead ask the question of true spiritual discernment: “What does this  mean?”

4. Live a Scripture saturated life. Everything always comes back to the “governing story” of our lives. We will see this in action again in tomorrow’s reading in a profound way.

When it comes to the phenomenon surrounding the Holy Spirit do you tend to be one who responds with abandonment and awe or with sarcasm and skepticism? What is it about you that makes you respond in this way?