Faced with a bombshell revelation, a teenager went to her United Methodist minister seeking counsel. He did not have much to say. Indeed, the now grown Melissa Ohden describes her pastor as looking “like a deer caught in the headlights.” Young Melissa had just discovered that her birthparents had not lovingly put her up for adoption as she had always been told but that she was the unexpected survivor of a late term abortion.

In 1977, a doctor at the then Methodist affiliated St. Luke’s Hospital in Sioux City, Iowa had injected a toxic solution into her birthmother’s amniotic sac. For five days, the preborn Melissa stewed in this deadly concoction designed to burn her inside and out. The scared teenage girl that carried her and who had been subjected to this procedure against her will was induced and supposed to deliver a stillborn child. Instead, the faint cries of a 2 pound 14 ounce baby indicated that the procedure had been a failure. Attempts by some to leave the child to die were thwarted by a nurse who stepped in to save the tiny girl and transport her to ICU rather than the unofficial dying closet.

Faced with this jolt to her identity, the adolescent Melissa turned to the institution that had for years been at the center of her family life, but the man in the pulpit had little to directly offer. Indirectly, though, the church was the vehicle through which she had found the gift of scripture. A few weeks later, when she confirmed her faith, she chose the following verse to adorn a celebratory cake: “Before I formed you in the womb, I knew you; before you were born, I set you apart.” (Jeremiah 1:5)

Without an atmosphere of support, though, Melissa struggled to deal with the news. She put on a brave face in public but privately coped with the help of what she called the “unholy trinity” of bulimia, sex, and alcohol. In time, she would return to a more faithful daily walk and “cling to Jesus in prayer” as she put it. Ohden began a career in teaching and social work, answering a call to help the weak and the abused. She also searched for her birth family, wanting to fill a hole in her heart and help to mend the ruptures in theirs by extending forgiveness.

The story that she tells in You Carried Me: A Daughter’s Memoir (Plough Publishing House, 2017; affiliate link) is as extraordinary and dramatic as her entry into the world. Her quest for answers and healing is filled with revelations and set-backs; joyous reunions (some with relatives who had no idea that she is alive) and heartbreaking disappointments. In the end, she even comes face to face with woman who carried her through pregnancy. All this is shared with a raw honesty seasoned by grace. And through Ohden’s words, it becomes clear that abortion is not just a quick personal choice but a traumatic act that has ripples extending throughout families and over decades.

Sadly, many in the Wesleyan tradition are ill-equipped to minister to the multitudes impacted by one million elective abortions performed every year in the United States. Our denominations have a checkered past on the topic and, for some, a contentious present. The author of Roe v. Wade was, sadly, the last Methodist on the Supreme Court. The United Methodist Church was also among the founders of the Religious Coalition for Abortion Rights and only recently left this group behind. The Episcopal Church is among those still actively supporting it. The AME Church has been identified as opposing elective abortions but has also feted abortion defenders like First Lady Michele Obama. More firmly in the pro-life camp, the Wesleyan Church draws a link between its historic opposition to slavery and its current advocacy for the unborn. The Nazarene Church and Free Methodist Church have similarly strong teachings about the sanctity of life, while the Salvation Army has faced public criticisms from both sides for its stance against most abortions while making exceptions that trouble some in the pro-life movement. Regardless of official church positions, many lay and clergy are, no doubt, tempted to cabin abortion as merely political and thus avoid the topic in the name of maintaining congregational harmony. But abortion is about people as much as it is about politics. People always need to be cared for well, or they may well keep moving until they find a caring place.

Ohden eventually found her way to the Catholic Church years after a pro-life volunteer placed a rosary in her hands and planted the seeds of her current activism into her heart at a Planned Parenthood abortion clinic—one to which Ohden had rather naively come as a married woman seeking birth control. Despite being raised, confirmed, and wed in United Methodistism, the church and its people were largely dumbfounded by her crisis. Conversely, Catholicism with its deeply rooted and vibrant tradition of affirming life felt to her like home. 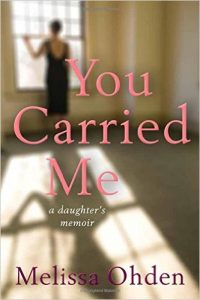 Pastors, you may not encounter a person like Melissa who was once directly targeted for destruction. (Or perhaps you will. Through the Abortion Survivors Network that she now heads, Ohden has met some 210 others who have stories that echo hers.) Nevertheless, the other walking victims of abortion—the mothers, fathers, siblings and extended family—are undoubtedly present in every congregation. Ministers who do not want to get caught in the headlights would do well to read Ohden’s powerful firsthand account of an abortion’s aftermath.