When God Outwits You: The Faithful Legacy of Maxie Dunnam - Seedbed
close
Menu

Years ago I had the unenviable task of introducing Maxie Dunnam to a large group of people gathered for a weekend of preaching and teaching. I stood before the group and asked, “How does one introduce their hero?” After that I broke down and began to cry. Unable to speak, I motioned for Maxie to take the stage and sat down.

It’s precisely how I feel again all these years later as I am charged to introduce his autobiography, God Outwitted Me: The Stories of My Life. The great Danish theologian Søren Kierkegaard once said something to the effect that life must be lived forward but could only be understood backward. It’s an apt agenda for a memoir. As Maxie has surveyed the circuitous and unpredictable journey of his life, a singular theme threads the whole story: “God outwitted me!” It is indeed a summative phrase for the stories of his life. Back to my quandary: How does one introduce their hero?

We could recount what he called his “barefoot days of the soul” as a child in Perry County, Mississippi. We might sit on the banks of that cold creek of his baptism or wander up to the clearing on the hillside where his beloved parents are buried. We could tell the stories of the hidden place where he suffered the scourge of poverty, which became the wounds of deep inferiority, which today he bears as the redeemed scars of glory and the source of his greatest riches.

We would need to tell the story of his courageous stand against racial discrimination and injustice in the early days of the civil rights movement that earned him his exile from the state of his birth to the far western boundary of the country. It brings to mind the words of the Mexican proverb, “They tried to bury us. They didn’t know we were seeds.” Indeed, this journey westward would become the story of multiple church plants and the depths of soul only suffering can bring.

This introduction must take us back to the heartland of this nation to Nashville, Tennessee, where he served a distinguished tour of duty as world editor of the Upper Room. Here he penned what would become, by most standards, his magnum opus. The Workbook of Living Prayer, what many thousands would come to know as their awakening to prayer, ultimately became an international best seller, reaching well more than a million souls. In many ways his profound journey became the answer to his ponderous question, “What if there are some things God either will not or cannot do until and unless his people pray?” 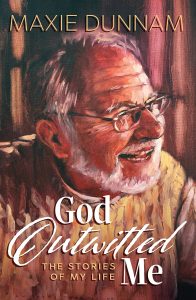 It was during those Upper Room years that he and a few friends founded the Walk to Emmaus, a spiritual renewal movement that hundreds of thousands now count as the decisive turning point in their life and faith. Because Maxie knew the rising tide of faith would depend on the deepening currents of orthodoxy, he gave himself to the arduous work reclaiming the “faith once handed down to the saints.” Again, he and a band of brothers and sisters followed the Spirit into the waters of theological pluralism and denominational chaos and founded the Confessing Movement, contending for the ancient creeds, the authority of Scripture, and the uniqueness of Jesus Christ. This journey would take him all the way to the obscure town of Wilmore, Kentucky, to serve as the fifth president of Asbury Theological Seminary, a bastion of evangelical faith forged in the fire of the Holy Spirit. He led the seminary to unprecedented expansion, planting a campus in Orlando, Florida, and launching one of the first and finest online learning platforms in theological education.

While Maxie would count his decade at the helm of Asbury Seminary as his greatest contribution to the church, if we want to understand his greatest passion we need to go to Memphis, Tennessee. Maxie has given the better part of three decades of his life to building up the body of Christ in what may be regarded as one of America’s most troubled cities. Through his dozen years as the senior minister of Christ United Methodist Church, he led God’s people to work together in ways that fostered a demonstration plot for God’s kingdom. And immediately upon finishing his tenure at the seminary he made a beeline back there to serve the church and the city he loves so much.

Maxie has loved Jesus and he has loved the church in ways we can only describe as extraordinary. Yet in all of this, through seasons of both heartbreak and happiness, Maxie has most deeply loved the little community of faith that was his first and will be his last—his family. His bride of more than sixty years, Jerry, a celebrated artist, has literally and figuratively provided all the color to their shared calling. Then there’s Kim, Kerry, and Kevin, about whom there are enough family stories alone to warrant another book.

In his short and magical biography on St. Francis of Assisi, G. K. Chesterton offered this captivating logic:

The last half of the twentieth century reeked of counterfeit Christian leaders. Christian celebrities and capitalists, pragmatic CEOs, and throngs of company pastors littered the landscape of the church. The quest for crowds far exceeded the love of people. The closer one came the more disillusion magnified. Where were the kingdom heroes? In a sea of slickly imaged Christian leaders, Maxie and Jerry Dunnam have provided a mirror of Christ. In becoming so vulnerably near and authentically real they have shown us who Christ could become in our lives.

What gave him his extraordinary personal power was this; that from the Pope to the beggar, from the Sultan of Syria in his pavilion to the ragged robbers crawling out of the wood, there was never a man who looked into those brown burning eyes without being certain that Francis Bernardone was really interested in him; in his own inner individual life from the cradle to the grave; that he himself was being valued and taken seriously . . . (Ibid.)

It’s no secret that Maxie Dunnam had a love affair with Charles Schultz’s famed comic strip Peanuts. One of Maxie’s favorite entries opens with Snoopy pondering a deep question: “Why were some created humans and others created dogs?” The next frame repeats the question as Snoopy’s consternation grows. “Why were some of us created dogs and others humans?” The final frame closes with Snoopy joyfully dancing to these words, “Why should I have been the lucky one!?” It’s a question Maxie has asked himself on many occasions and in many places.

My first encounter with Maxie Dunnam happened when I was a student at Asbury Seminary serving as his yard man. Today I am his publisher. It’s an understatement to say that God has outwitted me! “Why should I have been the lucky one?” I think that’s how I’d like to introduce my hero. As we explore the well-lived life of this giant in ordinary, may we find ourselves outwitted by this outwitting God. And may the ponderous question of that joyful beagle be ours: Why should we have been the lucky ones!? 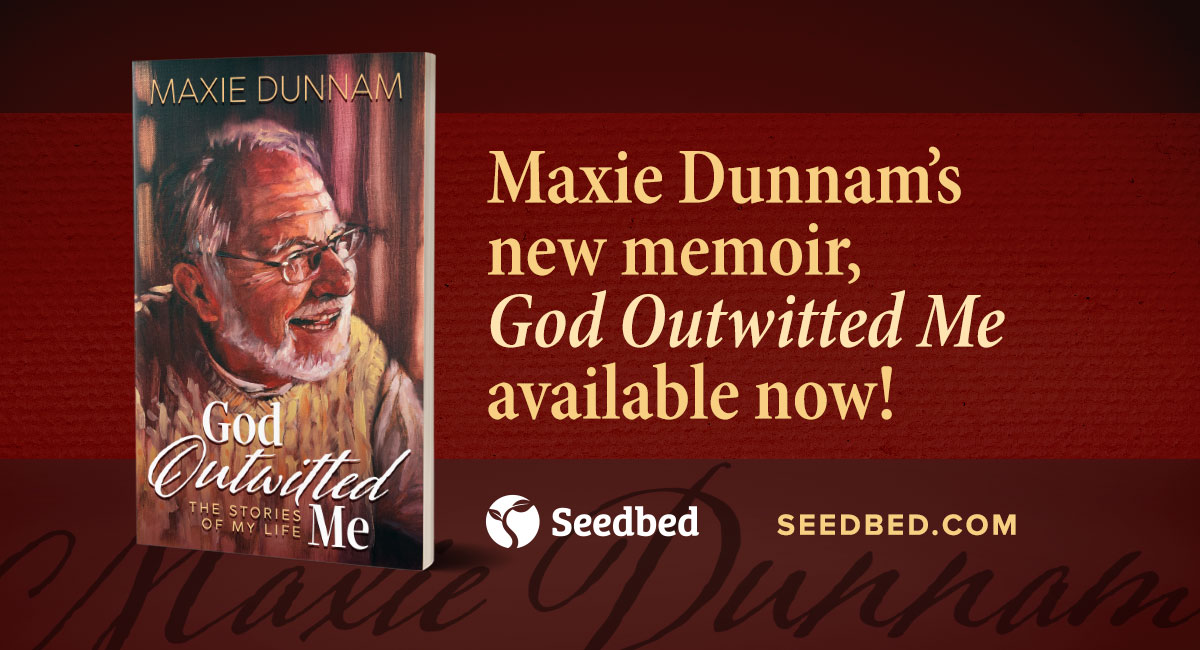