When the Time is Right for Awakening - Seedbed
close
Menu 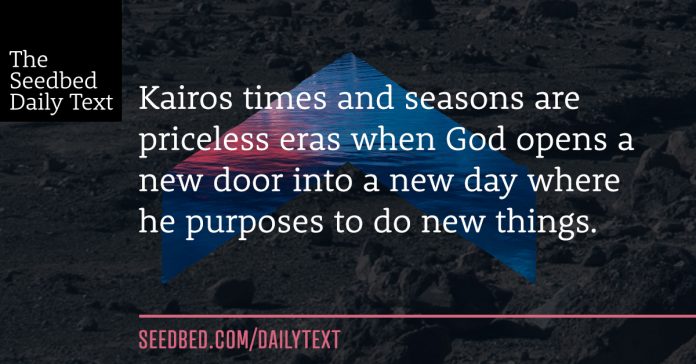 In my thirtieth year, in the fourth month on the fifth day, while I was among the exiles by the Kebar River, the heavens were opened and I saw visions of God.

Kairos time happens when the realm of the eternal, which is outside of time, breaks in on chronological time. Jesus came declaring a new age of awakening when he said, “The time has come, . . . The kingdom of God has come near. Repent and believe the good news!” (Mark 1:15). The Greek word for time there is kairos. The eternal realm, “the kingdom of God,” broke in on the every day, as God revealed himself in a most extraordinary fashion.

In today’s text, the prophet Ezekiel speaks of a kairos season. He gives us a date on the calendar. It was the fifth day of the fourth month of his thirtieth year. What happened to turn this ordinary day into a kairos moment?: “the heavens were opened and I saw visions of God.” The eternal realm broke in on the every day life of exiled Ezekiel as God revealed himself in an extraordinary way.

Kairos times and seasons are priceless eras when God opens a new door into a new day where he purposes to do new things. That’s probably a pretty good working definition of an awakening. Awakening can happen in a relatively obscure and isolated way in an individual’s life or in the life of a particular community. Awakening can also happen in a very public way on a large scale across entire nations. History calls those great awakenings.

PRAY FOR ONE ANOTHER

Come Holy Spirit and prepare the way for awakening. Open up the heavens in our time. Let your kingdom break in on our every day slumbering reality in a way that leaves us forever changed. I know I must play a part, but only you can do it. In Jesus’ name, amen. 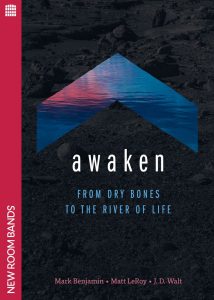 If you’re interested in getting this Daily Text series in book form, you can pick up Awaken: From Dry Bones to the River of Life from our store here.

Subscribe to receive the Daily Text email. Take this one step further, join the Daily Text Fasting Challenge here. Whenever you sign up, it will begin the following Tuesday.