Why Christians Should Have More Children - Seedbed
close
Menu 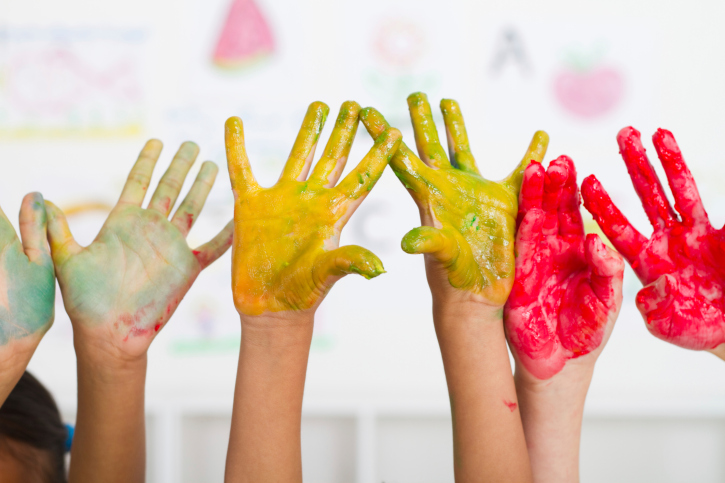 Let you, your yoke-fellow, your children, and your servants, be all on the Lord’s side; sweetly drawing together in one yoke, walking in all his commandments and ordinances, till every one of you “shall receive his own reward, according to his own labour!” (John Wesley, Sermon 94)[1]

Perhaps few Protestant theologians have spoken more sweetly on the role of family than John Wesley as he closed out his aptly titled, On Family Religion.  For Wesley, the family was not merely a conglomeration of people who share physical space, bloodlines, and emotional sentimentalities.  The family was a small church of sorts; a society in which each individual lovingly works toward the Spirit-infused perfection of her own soul.  Such a pursuit for Wesley cannot be accomplished in isolation.  Rather, the believer takes on Christian virtue by living out faithful ideals among other people.  This virtue for Wesley is most practically and fully lived out in the home.

It seems to the writer that the church may do well to ask whether this vision of the Christian home remains today.  We might further consider whether the decline of the Christian home has fed the decline of our churches.  For the past many years the church has conducted its fair share of hand-wringing over where all the people are going. We pine for the glory days when our pews were full.  Maybe we long for times when babies were crying during worship, when strong-handed fathers were requiring compliance of their rambunctious little ones, and when moms were getting together on a regular basis to talk about what a handful little (fill in the blank) was becoming.  We reminisce about such times, wondering where the youth and the vibrancy have gone.

Much of our response has focused on getting the people “out there,” and into the community.  We are trying to be more fruitful congregations, have written calls to action, and many of us now have statistics we load each week to track our progress in being more outwardly focused.  Perhaps, though, church flight is only partially due to the fact that people are rushing out the doors, or that we have not invited enough people in.  Do people leave churches when they perceive nobody cares about them?  Yes.  Do churches that reach out to un-churched folk do better on the whole than churches with no evangelistic emphasis? Yes.  Our lack of outward focus, however, does not tell the whole story.

Very simply, it is hard to hold onto children in a congregation if Christian husbands and wives are not conceiving children.  I suspect that a bunch of cultural baals just mooed, but the statistics on this matter do not lie.  One of the greatest enemies of the church has not only been a profound lack of caring for the un-churched, but a profound lack of procreation among the churched.

At some point the church bought into the idea that 2.3 kids is the ideal.  In speaking with an older and wiser friend about this the other day, I was informed that this might be a sort of generational bleed-over.  When everyone was worried about overpopulation after the baby boom, Christians joined in the cause and largely kept their families at about 2.3 children.

Fast-forward a generation, though, and it seems that the overpopulation piety has led to another phenomena.  Folks, including Christians, began to manage their lives to such an extent that the goal was not only 2.3, but 2.3 when “I” am good and ready, if I am ready at all.  Children became optional to Christians.  Like our secular peers, not having kids freed us to pursue other interests.  We fell in love with careers, large homes, and cars.   Self-fulfillment through Godly relationship in the home was replaced by self-fulfillment in the workplace.

The church is no different.  Even our Roman Catholic brothers and sisters are having difficulty in this area.  In a 2008 article by the Vatican newspaper L’Osservatore Romano, Monsignor Vittorio Formenti noted, “while Muslim families, as is well known, continue to make a lot of children, Christian ones on the contrary tend to have fewer and fewer.”[4]

The recent trend of intentional infertility is problematic for a number of reasons, and emptier pews are symptomatic of a spiritual sickness that has crept into the Christian home.  The church has traded a Biblical and theological approach to the family for secular reasoning.  We may not say it as such but, very simply, we have come to assume like our secular peers that the good life looks like a satisfying career, McMansion, nice cars, and a healthy retirement fund.  Children can get in the way of all those things.

Fortunately, Scripture points us back in the right direction.  Child rearing is the ideal in the Bible, and no reading of Scripture I am aware of, in connection with historical interpretation (Protestants concluded), can lead one to conclude otherwise.  God’s first command before all other commands is to be fruitful and multiply.  To separate children from marriage is as artificial as separating God from the Creation narrative.  God created because it is in His nature to do so.  God calls on humanity to be fruitful because we exist in His image.  To live in the image of God is to love in the image of God; within community and fruitfully.  Entire Biblical narratives are built around the sense of tragedy experienced when couples cannot conceive.  Biblical couples long for large families in the Bible, and mourn when the womb is closed.  Save Onan, whose example is hardly commendable from a Jewish cultural milieu, Biblical couples are not finding ways to artificially force infertility.

Having said all that, must we remain sensitive to people who cannot conceive?  Absolutely.  We do not say that a couple incapable of conceiving is somehow less Christian, or inferior.  Ask that couple, however, whether they experience loss due to the fact they cannot conceive and you will have a sense of the proper order for the Christian view on children.  People who cannot conceive tend to mourn, and they learn to work with a sense of loss.  We should mourn with them, but in true mourning, we do not use the tragedy of one circumstance to validate our lack of fidelity to the Christian norm.  There is no Christian honor in re-shaping God’s view of marriage.  We simply cut ourselves off, and the church off, from the blessings of fruitfulness.

As of 2008 my denomination’s mission has been to “make disciples of Jesus Christ for the transformation of the world.”  May I offer that Christian husbands and wives would do well to take this mission a bit more literally; as in, go and make some disciples.  Imagine, for a moment, a scenario in which the Christian husband and wife viewed their highest calling and blessing as fruitfully (physically and spiritually) raising children to be icons of God’s love, creativity, peace, and joy.  Honestly, that is hard to find in the church today, and perhaps we have lost our sense of the joys that children bring because we have forgotten how to joyfully live as Christians within the context of family.

Here’s my trust, though.  If we will give ourselves over to the Biblical and Wesleyan narrative of children as blessing rather than burden, we’ll have happier marriages, happier children, and happier (and more full) churches.  Why?  Because, on the whole, the Christian life is about giving ourselves over fully to the love of God.  We are to reflect the Nature of God.  He loves in Trinitarian family.  He expanded His family in the Creation Narrative.  He formed that family through reconciliation by Jesus Christ, the head and fountain of our universal church family.  Similarly, our homes should be about loving like God loves.  He was fruitful.  He multiplied.  So should we.

© Seedbed 2021
Why Christians Should Have More Children
MORE STORIES