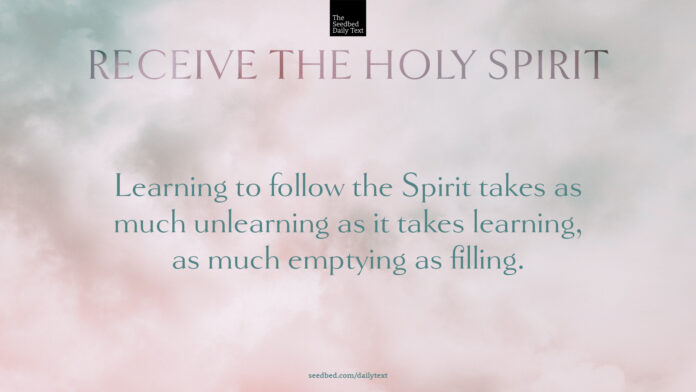 Now about the gifts of the Spirit, brothers and sisters, I do not want you to be uninformed. You know that when you were pagans, somehow or other you were influenced and led astray to mute idols.

You may know the story of the Japanese intelligence officer who continued to defend his island in the Philippines for 29 years after World War II was officially over. It took a visit from his commanding officer (a fashionably late visit, mind you) to relieve him of his duty. While various attempts at communication had been made, they were met with skepticism because of his internal commitment to his previous orders. He remained uninformed about the new world order that had come about. What we don’t know can, truly, kill us—or at the very least, it can confuse us, and bring harm to us and through us, for a very long time.

Paul did not want his new family, the community of Christ, to be uninformed about either spiritual gifts or the “new creation order” behind their practice. The new creation order behind the spiritual gifts was that the love of God had been embodied and expressed in Christ Jesus (John 3:16), and that same love was now poured out on the Church by the Spirit (Rom. 5:5), a loved-to-life community (Rom. 8:31-39) who would then follow the way of Jesus in offering themselves in loving service to the world. If we get any part of that wrong, Corinthian Christian or present-day Christian, we get everything wrong that follows.

Gifts are for loving service.

In Corinth, it seems they were active in practicing various forms of spiritual gifts. But when the “why” behind a practice is off, everything is off. The motivation determines the manifestation. The converted pagan Corinthians had “previous orders” still at work in their bones related to handling spiritual power. Corinth was literally a magical place, a center for playing with spiritual powers and teaching on how to get them to do your will. They had a few things to unlearn. Christianity is as much about unlearning what we’ve known as it is about learning what we previously did not know.

When they became Christians they may have had, by intuition, a perception of how and why spiritual power works. Was that intuition right? No, it was wrong. The way they practiced spiritual gifts, and the fruit that blossomed from those practices, didn’t represent the heart of Jesus. Now, they were learning to respond to the Holy Spirit’s presence and leadership. Learning to follow the Spirit takes as much unlearning as it takes learning, as much emptying as filling.

By addressing their pagan background, Paul is dividing their past pagan paradigm from their new Paracletic paradigm. Magic is what we do to manipulate a spiritual force to do our will. The Corinthians had their spiritual dispositions formed in a pagan approach to manipulating and controlling deities. Paul wanted to be clear with the Corinthians that life in the Spirit is the utter opposite of manipulative magic—it is the path of obedient self-offering.

Today, unbiblical and distorted cultural views of love, power, and personal achievement have a great and sometimes hidden influence on how we approach spiritual gifts. Our work is to become aware of our belovedness, be healed by that belovedness, and to then become lovers of God and people in the overflow.

We will then have the capacity to be selfless in our approach to the things of the Spirit, partnering in what the Father is already doing, as Jesus did (John 5:19). Intimacy with God enables us to perceive, spiritual ears and eyes open, what God is doing in someone’s life right in front of us.

The gifts are then used in accord with their purpose; they are expressions of loving grace poured out from the Father. Our work is to allow the Spirit to use us as flow-through vessels for the winning of hearts and the healing of souls.

Jesus, I receive the Holy Spirit. I am eager to learn the way of love so I can perceive what you are already doing in another’s life, and join you in that work. Come, Holy Spirit, reveal to me where my culture is informing my motivations more than my intimacy with you. In Jesus’ name, amen.

Consider your own perspectives on love, power, and self-achievement? How might those perspectives be more shaped by your years of experience rather than by the Scriptures and the Spirit?