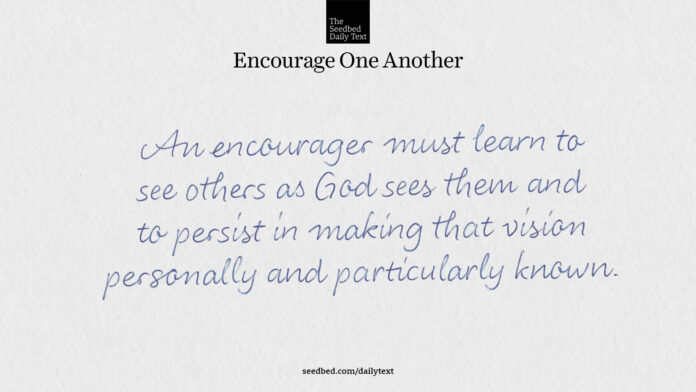 11 The angel of the Lord came and sat down under the oak in Ophrah that belonged to Joash the Abiezrite, where his son Gideon was threshing wheat in a winepress to keep it from the Midianites. 12 When the angel of the Lord appeared to Gideon, he said, “The Lord is with you, mighty warrior.”

So we are sitting under the oak in Ophrah that belonged to Joash the Abiezrite and we are watching his son, Gideon, cramming scraps of what sheaves of wheat could be found in the trampled fields wheat into a winepress and trying to separate the grain from the chaff without anyone noticing. It is a painful, pitiful sight to behold.

The Angel of the Lord approaches Gideon. Into this timid, fearful shell of a man the Angel speaks these words:

It reminds me of one of my favorite Latin words from law school. Non sequitur. It means a conclusion or statement that does not logically follow from the previous argument or statement. Gideon threshing wheat in a winepress. The Lord is with you, Mighty Warrior.

Gideon sheepishly looks over his shoulder to see who the Angel might be talking to. When he discovers no-one else there he responds with this:

13 “Pardon me, my lord,” Gideon replied, “but if the Lord is with us, why has all this happened to us? Where are all his wonders that our ancestors told us about when they said, ‘Did not the Lord bring us up out of Egypt?’

Gideon believed in God. We see it clearly his words. He heard the prophet’s earlier proclamation of God’s mighty deeds in the past. Rather than receiving the prophet’s rebuke, “I said to you, ‘I am the Lord your God; do not worship the gods of the Amorites, in whose land you live.’ But you have not listened to me,” Gideon had hardened his heart. Look at his response:

But now the Lord has abandoned us and given us into the hand of Midian.”

Gideon still believed in God but he no longer believed God. Like so many of us, he had heard the stories about God but he had not heard from God. This is where encouragement comes into play.

This is pure encouragement. The Angel does not see what the world sees, which is a version of what Gideon sees himself to be. The Angel sees what what God sees. The Angel has come to personally present God’s point of view on Gideon.

Now, I want to track out our earlier definition of biblical encouragement.

To “encourage” in the biblical sense of the term, is to stand in the stead and agency of Jesus, participating in the work of the Holy Spirit, to minister grace to human beings at the level of their inner person, communicating, conveying, and imparting life, love, courage, comfort, consolation, joy, peace, hope, faith, and other dispensations and manifestations of the Kingdom of Heaven as the moment invites or requires.

An encourager must learn to see others as God sees them and to persist in making that vision personally and particularly known. This means the encourager must learn not merely to speak about God with people but to speak for God into people. It means the miracle of encouragement must first happen in and for us. It will take courage to become an encourager. That’s what’s going on here with Gideon. We will see how we (I mean he) responds tomorrow.

Father, it first humbles me and then scares me that you might want to speak through me to others—that you would encourage someone else yourself through me. I know I must first open myself to be encouraged by others in this same way. I am used to speaking a good word about you, but speaking for you strikes me as another thing entirely. I will need courage even to become an encourager. Come Holy Spirit and prepare me. In Jesus name, Amen.

Can you put yourself into Gideon’s shoes in this encounter? What does that feel like to you?

YOU:  Threshing wheat in a winepress.
THE ANGEL OF THE LORD: “The Lord is with you, mighty warrior.”

Ok Preachers and Pastors and Candlestick makers in our midst—If you haven’t gotten your plans for Advent together yet, I’ve got a deal for you. Check it out here.