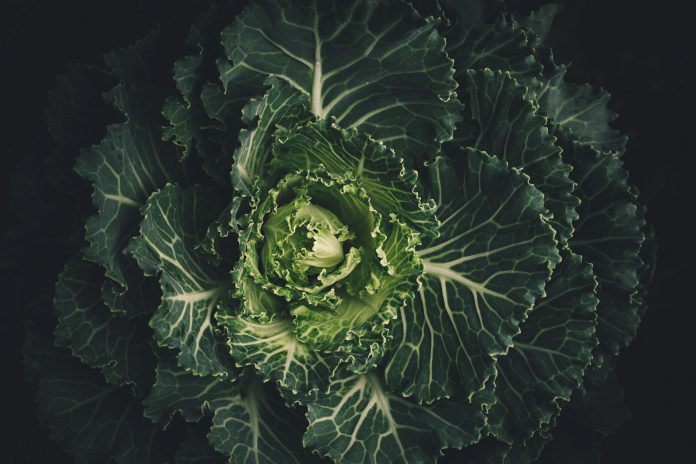 John Wesley ate nothing but organic food. Farming practices in Wesley’s day were little changed from those of the previous two thousand years. There were no pesticides, no herbicides, no fungicides, no synthetic inorganic fertilizers, no genetically modified seed, no CAFOs, and no use of growth hormones and antibiotics in animal husbandry. Wesley, like everyone else in his world, ate organic food because it was the only kind of food that existed.

What would Wesley think about the food movement’s insistence on food produced without the use of herbicides, pesticides, hormones, antibiotics, genetic modifications, and synthetic fertilizers? If he were alive today, would Wesley eat organic? Would he counsel his followers to do so?

As shown earlier, Wesley was a passionate advocate of nutritious diets, and an equally passionate critic of the practice of eating unhealthy food. If Wesley believed food produced organically to be more nutritious than food that was not, then almost certainly he would be an advocate of an organic diet. Likewise, if Wesley concluded that there was something unethical (or, to choose the word he would more likely use, “sinful”) about the way non-organic food is raised or grown, then he could be expected to oppose eating it, and to advocate an organic diet instead.

The USDA defines organic food as food produced by farmers who emphasize the use of renewable resources and the conservation of soil and water to enhance environmental quality for future generations. Organic meat, poultry, eggs, and dairy products come from animals that are given no antibiotics or growth hormones. Organic food is produced without using most conventional pesticides; fertilizers made with synthetic ingredients or sewage sludge; bio-engineering; or ionizing radiation. While many proponents of organic food tout its health advantages and insist it is more nutritious than food produced conventionally, the evidence used to support that claim is disputed.

For example, although a 2012 study at Stanford University concluded that there were no significant nutritional differences between organic food and conventional food, a 2014 study published in the British Journal of Nutrition by a team of international researchers concluded that organic food has substantially higher levels of antioxidants and substantially lower levels of toxic metals and pesticides than conventionally grown food. On whether organic food is more nutritious, the Mayo Clinic concludes, “Probably not, but the answer isn’t yet clear.” Wesley would certainly favor organic food if its health advantages were indisputable. Because they are not, however, the matter is not so easily settled, and some deeper digging is required.

The concept of “organic food” was unknown in Wesley’s day. There being no discussion of organic and industrial food, Wesley never had any occasion to speak to the matter. Therefore, to determine what conclusion Wesley would likely reach, it is necessary to reason by analogy.

Despite the obvious lack of any direct references to the subject, there are very good reasons to believe Wesley’s food ethics would incline him toward food that is organically produced.

1. Wesley’s Preference for the Natural over the Synthetic

Within Wesley’s work and thought there is a decided preference for “natural organic cures” over synthetic, or chemical ones.1 “Medicines will do you little service,” he wrote. “You need only proper diet, exact regularity, and constant exercise, with the blessing of God.” In fact, Wesley urged, one should combine these with “prayer before resorting to medication.”2

In the preface to Primitive Physic, Wesley again made it clear that he preferred “plants and roots” over “chemical, or exotic, or compound medicine.” And in his 1775 post-script to Primitive Physic, Wesley wrote, “I have once more ventured to recommend to men of plain, unbiased reason such remedies as air, water, milk, whey, honey, treacle, salt, vinegar and common English herbs, with a few foreign medicines, almost equally cheap, safe and common.” The practice of compounding medicines, he taught, served “only to swell the apothecary’s bill,” adding “possibly on purpose, to prolong the distemper that the Dr. and the apothecary may divide the spoil.”3

Elsewhere Wesley decried the popularity of “foul, hard-named exotics” over simple natural remedies, such as cold water and sea water. The fashionability of such remedies was, according to Wesley “to the utter confusion of common sense.”4

There was a theological underpinning, of course, for Wesley’s preferences. According to theologian Melanie Dobson Hughes, Wesley “felt that using organic, local ingredients honored God’s provisioning for disease through creation—simple medicines paralleled his plain and simple gospel theology—medicine and salvation made accessible for everyone.”5 Randy Maddox suggests, “Wesley may have viewed the modern privileging of chemical medicines over plants as a failure to trust in God’s long-standing provisions for dealing with the effects of sin.”6

We might reasonably infer therefore that Wesley’s preference for “organic, local ingredients” in medicines suggests he would have a similar bias toward “organic, local” food that can be grown and prepared by anyone, rather than created in laboratories and factories. He might well believe that God provided such naturally grown food to nourish us and maintain our health in a fallen sinful world.

And what about GMOs? While many believe they are dangerous, the evidence to support their claims is controversial. The current scientific consensus is that GMOs are safe for human consumption. Any Wesleyan objection to GMOs would therefore likely be based on the belief that they are unnatural, rather than unsafe. Biblical scholar Ellen Davis has argued that the widespread use of GMOs may be seen as analogous to the practice of sowing two kinds of seed together, prohibited in Scripture “because it trespasses on the realm of the holy.”7

If Wesley found any such argument persuasive, it might bias him against genetically modified foods. It seems more likely, however, that Wesley would disfavor GMOs on the grounds that using them amounts to a manipulation of God’s creation and a rejection of what God has naturally provided to nourish humanity. Wesley might, for example, find merit in the claim of activist and industrial food critic Vandana Shiva that “GMO” should be understood to stand for “God, move over.”

And for those adhering to a Wesleyan food ethic by choosing to eat only nutritious foods, the question of the safety of GMO foods will be moot, as GMO ingredients are found almost entirely in processed unhealthy foods, and very rarely in natural whole foods.

2. Wesley’s Preference for the Simple over the Complex

As grounds for his objection to chemical-based compound medications, Wesley cited the fact that medicines often contained so many ingredients that “it was scarce possible for common people to know which it was that wrought the cure,” as they were composed of an “abundance of exotics, neither the nature or names of which their countrymen understood.”8

In other words, the ingredient lists were simply too complex. The food movement makes a similar objection to processed foods, which are typically created using a long list of virtually unpronounceable chemical ingredients that no ordinary consumer would recognize. Consider, for example, the ingredients in a popular variety of “Frozen Dairy Dessert” (the description that has replaced “ice cream,” now that no cream is actually used in the product). In addition to corn syrup, cottonseed oil, whey, and carob bean gum (which might not strike one as appetizing additions to ice cream), it contains mono and diglycerides, carrageenan (a seaweed extract used as a thickener), tara gum, guar gum, caramel color, lactase enzyme, annatto, and vitamin A palmitate. It is unlikely that typical consumers would have any idea what these things are, even though they are intended to eat them. The product also includes “natural flavor” to give it an intense vanilla taste. The flavor is not derived from vanilla beans, however, but instead is typically extracted from wood pulp or, in some cases, from castoreum, which is produced from the dried and macerated castor sacanal scent glands of beavers.

The “ice cream” ingredient list is actually modest by comparison to most processed foods. A popular brand of snack cookie, for example, has forty-five ingredients, including corn syrup, folic acid, cottonseed oil, soybean oil, thiamine mononitrate, ammonium bicarbonate, dextrose, polysorbate 60, sorbitan monostearate, soy lecithin, mono and diglycerides, corn starch, caramel color, carrageenan, red dye 40, sorbic acid, and yellow dye 5. A strawberry milkshake from a popular fast-food chain has fifty-nine ingredients, most of which are chemical additives and none of which are strawberries. Consider, by comparison, the ingredient list for an organic tomato purchased at a farmers’ market: tomato.

Michael Pollan includes among his “food rules” avoiding any food that has ingredients no normal human being would keep in the pantry, any foods that have more than five ingredients, and any food that has ingredients a typical third grader could not pronounce.9 Wesley would likely find that to be sensible advice. Given that he objected to medicines composed of complicated mixes of exotic ingredients, there seems to be no reason to think he would favor foods that are.

Another reason the food movement favors organically produced foods is that because they are grown and raised without the use of herbicides, pesticides, nitrate-based fertilizers, growth hormones, and non-therapeutic doses of antibiotics, the production method is less harmful to the environment. To determine whether Wesley would be influenced by the food movement’s environmental argument, it is necessary to consider whether he would be inclined toward what we now call environmentalism. Although “ecology was not on the theological agenda in Wesley’s day,”10 there is within Wesley’s work an environmental ethic suggestive of an affinity for what we now call “environmentalism” or “creation care.” Wesley affirmed the importance of all of God’s creation, writing in the third of his thirteen discourses on the Sermon on the Mount,

God is in all things, and . . . we are to see the Creator in the glass [eye] of every creature . . . We should use and look upon nothing as separate from God, which indeed is a kind of practical atheism; but, with a true magnificence of thought, survey heaven and earth, and all that is therein, as contained by God in the hollow of his hand, who by his intimate presence holds them all in being, who pervades and actuates the whole created frame, and is, in a true sense, the soul of universe.

In his sermons “The New Creation” and “The General Deliverance,” Wesley demonstrated his belief that God’s ultimate purpose includes saving all of creation, not just humanity, and that humans should model their behavior in anticipation of the final new creation. Pastor and professor Kenneth Loyer concludes, “Given the cosmic dimension of the new creation that Wesley came to emphasize, it may be possible to build on Wesley by applying the same principle—the call for human beings to imitate our merciful God—toward environmental concerns as well.”11 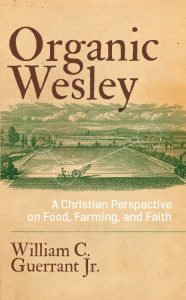 Want to learn more about the Organic Food movement and its relation to John Wesley? This month, when you get a copy of Organic Wesley: A Christian Perspective on Food, Farming, and Faith by Bill Guerrant, we’ll send you a second copy free! In its pages, you’ll: 1) Be challenged to make ethical food choices 2) Understand the evolution of industrial agriculture from traditional farming to where it stands today 3) Discover the spiritual and religious implications of what we choose to put in our body 4) Learn about John Wesley’s stance on nutrition, moderation, and our relationship with God’s earth. Get your copy from our store now.