You Are What You Love: Why Spiritual Habits Matter - Seedbed
close
Menu 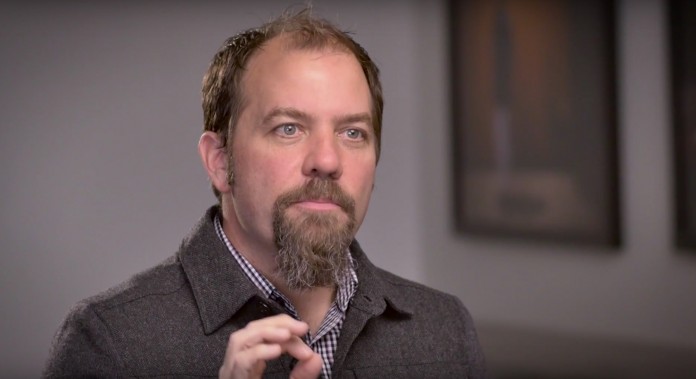 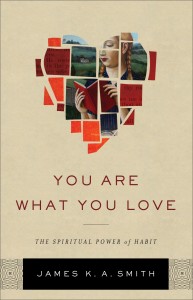 What are habits, and why do they matter for Christians? Habits are the powerful rhythms that constitute our character and determine what kind of people we are. Some habits are intentionally embarked upon (or intentionally neglected) while others are working on us at subconscious level—without our thinking about it.

Helping the church come to terms with this reality has been one of the vocational projects of James K. A. Smith. He does this in his Cultural Liturgies project, and in his most recent book, You Are What You Love: The Spiritual Power of Habit (Brazos Press, 2016), the popular level version of Desiring the Kingdom (Baker Academic, 2009). Here Smith challenges the long-standing modernist assumption that human beings are thinking-things, which has lured the church to approach discipleship primarily as an intellect-shaping project, without being attune to the affective forces that shape our identity.

According to ancient wisdom, reaching back to the Hebrews, philosophers such as Aristotle, and Christian thinkers like the Apostle Paul and Augustine—we are what we love. Our imaginations, our desires, and our longings are really what define us. And in this sense, we are most basically creatures of worship, because our habits are formed by cultural practices and rituals—we might say, liturgies—that shape our fundamental identities.

But the spaces of worship that we inhabit, and in turn the forces that shape our desires, are not what we would imagine. They are the stadiums, concert halls, and malls in and out of which we weave our lives. These forces have a way of shaping us toward athleticism, consumerism, nationalism, and other vices that don’t reflect the ends and loves that Jesus would pursue.

So Christians participate in acts of communal worship and exercise spiritual disciplines such as fasting, prayer, and the reading of Scripture; they pursue justice, and engage in cultural endeavors, in the hope that both we and the communities we inhabit will subvert the ways of the world. These habits will lead us to be transformed into the image of Christ.

Peppered throughout You Are What You Love you’ll find helpful music and movie references that illustrate his point. You’ll also discover some challenges to models of youth ministry and the nuclear family that may give us reason to pause.

Early on Smith notes, “Instead of being on guard of false teachings and analyzing culture in order to sift out distorting messages, we need to recognize that there are rival liturgies everywhere.” (p. 23) The only liturgies that can undo the secular liturgies are the holy habits of the church, and thankfully, many voices are arising in the church that are pulling us back to a more holistic approach to discipleship that embraces desire as an identity-constituting force. This “embodied spirituality” is a welcome path that may bring a much needed healing, renewal, and fresh vibrancy to the church.

“Children are ritual animals which who absorb the gospel in practices that speak to their imaginations.”
“I expect it will be reenchanted Christianity that will actually have a future.”
“The mall is a religious site, not because it is theological but because it is liturgical.”
“We have to unlearn the habits of consumerism in order to learn how to be friends.”
“The worship of the church is a matter of divine activity rather than human creativity.”
“Worship that restores us is worship that restories us.”