You're Not Going to Heaven: There's a Better Final Destination - Seedbed
close
Menu 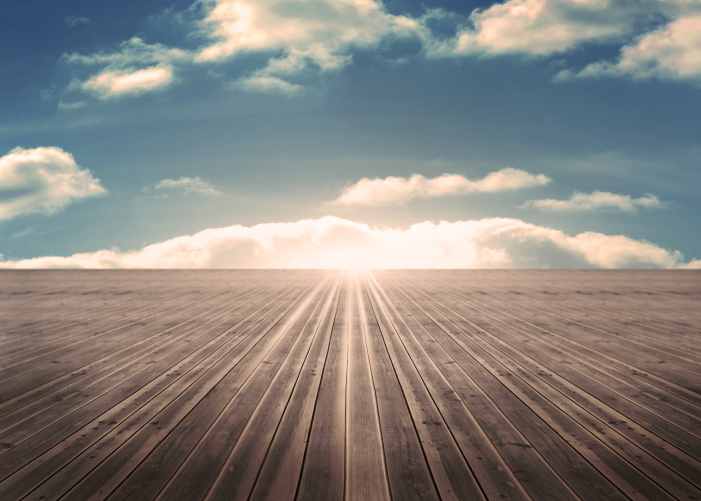 First, they certainly did not hold to the contemporary notion of disembodiment, that is, that a separation of the soul and the body after death is ultimate “salvation.” This view is quite similar to what ancient Greeks thought and it is also somewhat escapist in nature; one desires to escape the body and this world for a “pure,” spiritual world. However, the NT and early Christians believed in a much more holistic and wholesome notion of soul and body together. There was no strict separation between the soul and the body, and this was characteristic of Jewish eschatology (we must keep in mind that the first Christians were Jews). In particular, the NT and early Church believed that the final destination of Christians was a physical resurrection body in a renewed earth and heaven. They believed in the physical and future resurrection of the dead, an eschatological (end-time) event that was inaugurated by Jesus’ own resurrection from the dead around A.D. 33 and would happen when Jesus comes back (parousia).

Here are some quotes from the NT and early Christian writings that capture the essence of this Christian theology of the resurrection of the dead:

1 Cor 15:20-26 “But in fact Christ has been raised from the dead, the first fruits of those who have died. For since death came through a human being, the resurrection of the dead has also come through a human being; for as all die in Adam, so all will be made alive in Christ. But each in his own order: Christ the first fruits, then at his coming those who belong to Christ. Then comes the end, when he hands over the kingdom to God the Father, after he has destroyed every ruler and every authority and power. For he must reign until he has put all his enemies under his feet. The last enemy to be destroyed is death.”

1 Thess 4:13-14, 16 “But we do not want you to be uninformed, brothers and sisters, about those who have died, so that you may not grieve as others do who have no hope. For since we believe that Jesus died and rose again, even so, through Jesus, God will bring with him those who have died…For the Lord himself, with a cry of command, with the archangel’s call and with the sound of God’s trumpet, will descend from heaven, and the dead in Christ will risefirst.”

Revelation 20:4-6 “Then I saw thrones, and those seated on them were given authority to judge. I also saw the souls of those who had been beheaded for their testimony to Jesus and for the word of God. They had not worshiped the beast or its image and had not received its mark on their foreheads or their hands. They came to life and reigned with Christ a thousand years. (The rest of the dead did not come to life until the thousand years were ended.) This is the first resurrection. Blessed and holy are those who share in the first resurrection. Over these the second death has no power, but they will be priests of God and of Christ, and they will reign with him a thousand years.”

Didache 16:6 “And then there will appear the signs of the truth: first the sign of an opening in heaven, then the sign of the sound of a trumpet, and third, the resurrection of the dead.”

Epistle of Barnabas 5:6-7 “But he [Christ] himself submitted, in order that he might destroy death and demonstrate the reality of the resurrection of the dead, because it was necessary that he be manifested in the flesh. Also he submitted in order that he might redeem the promise to the fathers and – while preparing the new people for himself – prove, while he was still on earth, that after he has brought about the resurrection he will execute judgment.”

The Nicene Creed “We believe in the Holy Spirit, the Lord, the giver of life, who proceeds from the Father and the Son, who with the Father and the Son is worshiped and glorified, who has spoken through the prophets. We believe in the one holy catholic and apostolic church. We acknowledge one baptism for the forgiveness of sins. We look for the resurrection of the dead, and the life of the world to come. Amen.”

The Apostles’ Creed “I believe in the Holy Spirit, the holy catholic church, the communion of saints, the forgiveness of sins, the resurrection of the body and the life everlasting. Amen.”

This list is not exhaustive but is representative. Here we see a glimpse of the early Christian hope—it was the resurrection from the dead, which is not “going to heaven.” You will notice that in none of the above texts is there any mention of “going to heaven” or even any notion that resurrection is “spiritual” or “disembodied.” Rather, we find that Christians placed their faith and hope in the reality that God raised Jesus from the dead, thus conquering the last enemy—death—and will also raise Christians from the dead at his coming. This was their sure hope, not some ethereal place in the sky with lots of fluffy clouds (and Philadelphia cream cheese) called “heaven” where Jesus is someday going to take us off to.

All of this is not to say that “going to heaven” is not part of God’s plan, nor is it to deny its presence in Scripture or early Christianity, because it is. When Christians die prior to the return of Christ, they are most certainly ushered directly into the presence of Christ who is seated in heaven at the right hand of God. However, that does not mean that they will stay there for all eternity with nothing to do but “walk around heaven” and sing songs all day. Rather, the NT and early Church believed that heaven is a temporary holding place for the souls of Christians when they die and are separated from the body prior to Christ’s second coming. There they await new bodies in the resurrection age which Jesus will bring with him at the parousia.

One last point: resurrection is not simply the resuscitation of corpses. It is not that somebody’s stinky, decayed dead body just simply comes alive again and we have zombie-like people walking around the earth. Sorry to disappoint, but the resurrection of the dead is also not a zombie apocalypse. Nor is it that dead bodies are simply revived and go on living until they die again sometime later. On the contrary, resurrection is, to put it like Paul, a transformation of a perishable/mortal body which is subject to disease, decay, sin, and death into an imperishable/immortal body which is no longer subject to disease, decay, sin, and death. It is a complete change and transformation into a body that will never die, hunger, thirst, hurt, or suffer again. Overall, then, there is some continuity and discontinuity between our present existence and the final destination of resurrection. On the one hand, there is continuity in that the resurrection is still embodied existence. On the other hand, there is discontinuity in that this body is in a renewed and glorified body no longer subject to death and destruction. For a deeper study on this, see 1 Cor 15:35-58 and Rev 21:1-8.

Christians need to recover their true hope and understand that the end is not heaven, but rather resurrection in the new earth and new heavens. As N. T. Wright once cleverly put it, “Heaven is important, but it’s not the end of the world.” What do we pray every week in the Lord’s Prayer? Your kingdom come . . . where? Your will be done . . . where? On earth just as it is in heaven. Not in heaven as it is in heaven. Most certainly, the NT and early Christian writers believed that God’s will and kingdom on earth involved the physical and future resurrection of the dead; the defeat of death when Jesus, the firstborn of the dead, comes again in glory! So, in the end, our final destination is resurrection with Jesus in the new heavens and new earth.

Let us in the American Churches today heed the apostle Paul’s convicting interrogation: “How can some of you say there is no resurrection of the dead?” (1 Cor 15:12)