CALLED: From One Who Talks to One Who Hears - Seedbed
close
Menu

A NOTE FROM ME: This week I’m headed to the Rocky Mountains to take my son trout fishing for his 14th birthday. The Daily Text this week will come from entries in my book, CALLED?! Following a Life Filled with the Possible (which is how I got started writing the Daily Text in the first place). As a further gift to you, our Daily Text readers, I want to give you a Digital Edition of the entire book.

This gift will be available all week for anyone who visits the site. Take the opportunity to encourage and family and friends to come over for a visit. We can’t promise coffee, but we will give them a book to go with it. Get Your Book Here.

The call of God comes early in life to some. Young Samuel postured himself to hear the voice of God. Picture this little boy, night after night, “lying down in the house of the Lord.” Samuel lay right next to the most significant symbol in the history of the world—save the Cross, “the new Ark of the Covenant”—the vigilant presence of Almighty God next to a sleeping boy.  Hannah named her son, Samuel, which means “God heard,” because God heard her fervent prayer.

As Samuel grows in wisdom and stature and in the favor of the Lord, he becomes one who hears God. He needs help to understand. Thank God for Eli. I suspect Eli could have scolded the boy for interrupting his sleep. Instead he patiently paid attention. He helped the boy interpret the situation. Note he didn’t instruct Samuel to stay up all night in prayer. He told him to “lie down” just as before. He coached Samuel in a way of readiness to respond instead of a striving urgency to entreat.

It comes down to 7 words in the English language. Timeless and transcendent, these words capture the posture of one who would hear. “Speak Lord, for your servant is listening.” These words do not initiate the conversation. They come in response to it. They don’t come before God speaks. They come after.

God calls. We respond. God clarifies. We obey. We do not have to figure it out. God makes his word and will progressively plain to the heart postured to listen and obey. Maybe this voice came to you as a child and there was no Eli to guide you. Good news: That calling word of long ago still lives. It is never too late to respond, “Speak Lord, for your servant is listening.”

JOURNAL: How do you “hear” the voice of God? Recount those times when that voice seemed plain and clear to  you. Take a few minutes to encode this petition into your praying imagination. Often we over-dramatize the kind of experience we might associate with hearing the voice of God. What if it’s more simple than we think? Ask the Spirit to “sanctify” your imagination. As you pray this prayer, be still and listen for inner impressions. Trust what comes. Write it down. Live with it over time. Sometimes a more relaxed approach opens us to hearing what all our straining deafened us to before.

Excerpts this week are taken from my book, CALLED: Following a Life Filled with the Possible. I’d like to give you a free copy — see the invitation at the top of today’s post.

J.D. Walt writes daily for Seedbed’s Daily Text. He serves as Seedbed’s Sower in Chief. Follow him @jdwalt on Twitter or email him at jd.walt@seedbed.com.

Get the Daily Text delivered to your inbox fresh every morning. Subscribe HERE. 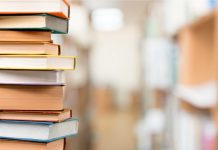 The Call: Recap and Resources

CALLED: From I Can’t Do It To There’s A Fire In My Bones

CALLED: To Believe the Impossible

CALLED: To a Gradual Process Filled with Powerful Moments