Four Steps in Our Journey of Salvation - Seedbed
close
Menu 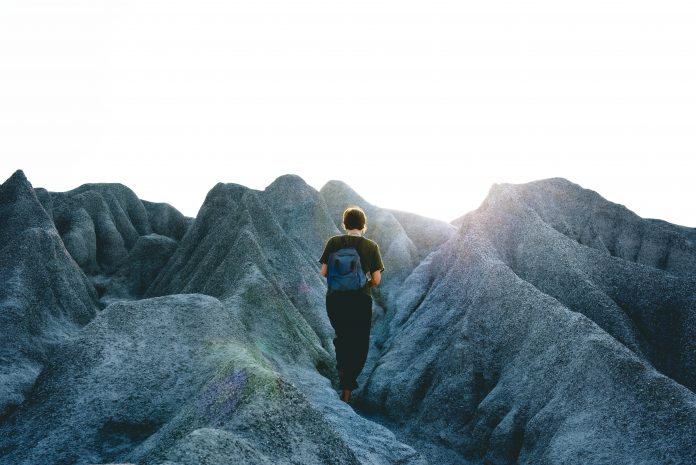 Students seem to find helpful (and amusing) an analogy between the human path to salvation and a college dude on a Saturday night. This analogy occurred to me as I was reflecting on Wesley’s description of true religion as a house with a porch and a door. “Our main doctrines,” wrote Wesley, “which include all the rest, are three—that of repentance, of faith, and of holiness. The first of these we account, as it were, the porch of religion; the next, the door; the third, religion itself.”

Imagine the state of humanity before it responds to grace as a college kid lying on the lawn in front of a house. This guy is passed out with a blood alcohol level of close to 0.4 percent. This is the normal state of fallen humanity—helpless, dying, and unaware of the danger they are in. If this guy were left alone, he would die. But he is not left alone. Grace wants to save him. Grace wants to take him from unconsciousness to abundant life.

Step One: Keep Him Alive and Get Him Semiconscious

The process of restoration begins with us as we are. God’s Spirit does “abide in” (Gen. 6:3) broken humanity to keep us alive. By the grace of God, this guy is only unconscious. God has lovingly prevented his death, bestowing on him the possibility not only of survival, but also of a new life. This action on his behalf, which occurs without his cooperation, is a free gift. “For allowing that all the souls of men are dead in sin by nature,” wrote Wesley, “this excuses none, seeing there is no man that is in a state of mere nature, there is no man, unless he has quenched the Spirit, that is wholly void of the grace of God.” But if this guy stays unconscious, he is as good as dead. He soon will be if something doesn’t change. God’s love, therefore, works to bring him to some state of consciousness, again without his consent. This universal striving of God’s Spirit with fallen creation, which gives rise to what we recognize as our conscience, is what John Wesley referred to as “preventing grace.”No man living is entirely destitute of what is vulgarly called natural conscience. But this is not natural; it is more properly termed preventing grace. . . . Everyone has some measure of that light, some faint glimmering ray, which sooner or later, more or less, enlightens every man that cometh into the world.

Step Two: Get Him Moving

Getting this guy from barely conscious to the porch is not necessarily pleasant. It might involve smacking him across the face, rolling him over, prodding him to get up. Grace can be a kick in the pants. He needs to be awake enough to realize he needs help. Grace aggravates him toward where healing can happen. God’s love sometimes works through harsh circumstances, like in the story of the prodigal son who found himself starving in pig slop (see Luke 15:11–32). God wants to make us realize we are in trouble and unless we move, we will die out in the cold. There are degrees of consciousness as we “come to,” but the final degree is climbing on to the porch, choosing to move toward where help can be found, doing what the Scriptures call “works meet for repentance” (Acts 26:20 KJV). Wesley sometimes called this “convincing grace.” God, in love, works to convince (or convict) us that we need help and enable us to move toward it. Grace gets us on the porch.

Step Three: Get Him in the House

Once he is on the porch, he is awake, standing and moving on his own, swaying a bit maybe. He knows he needs help. But if this guy is going to get help, he needs to be inside. Crossing that threshold is a risk. If he goes through that door, what will happen? Who awaits him? He doesn’t know that this will change his status from dying to healing. He will begin a different existence. He will become a different person. He will have a new home. Grace works to get him to trust the house owner. This is what Wesley called “justifying grace”; God’s love at work to reconcile us to God and communicate to us that we are forgiven and loved by the householder. Faith gets us through the door.

Step Four: Help Him Get Whole.

Once this guy crosses the threshold, he is met with the overwhelming experience of love and care. His recovery—his new life—begins. In the house, he can begin to deal with what caused him to end up face down in the grass in the first place. The guy needs to get rid of what is poisoning him (a process that may not be all that pleasant). He needs to get sober. He needs to eat and drink the sustenance provided. He needs to cooperate with God’s loving action for him. He needs to actively participate in his own recovery. In the house of God, he learns how to live differently, in such a way that he does not end up back on the front lawn.

This is the work of sanctifying grace: God’s love working to “heal [our] backsliding” (Hosea 14:4 KJV). In the household of God, among the children of God, we learn “to put away [our] former way of life, [our] old self, corrupt and deluded by its lusts, and to be renewed in the spirit of [our] minds” (Eph. 4:22–23). In the house, we learn “to clothe [ourselves] with the new self, created according to the likeness of God in true righteousness and holiness” (Eph. 4:24). By grace, we become the children of God we are. “For this is the will of God, your sanctification” (1 Thess. 4:3). 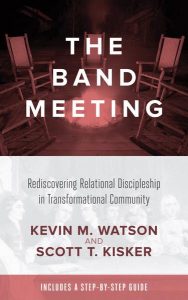 The band meeting, a proven discipleship model for growing in love through the accountability of small, same-gender groups, was one of the defining characteristics of the Methodist movement started by John Wesley in the mid-1700s. In reflection on Wesley’s class meeting and band meeting structure, George Whitfield once said, “My Brother Wesley acted wisely, the souls that were awakened under his ministry he joined in class, and thus preserved the fruits of his labor. This I neglected, and my people are a rope of sand.”

In The Band Meeting, Kevin Watson and Scott Kisker give an overview of the richness of this early tradition and introduce a practical approach for growing toward an authentic, transformation-oriented small group experience. Get it here.

© Seedbed 2021
Four Steps in Our Journey of Salvation
MORE STORIES