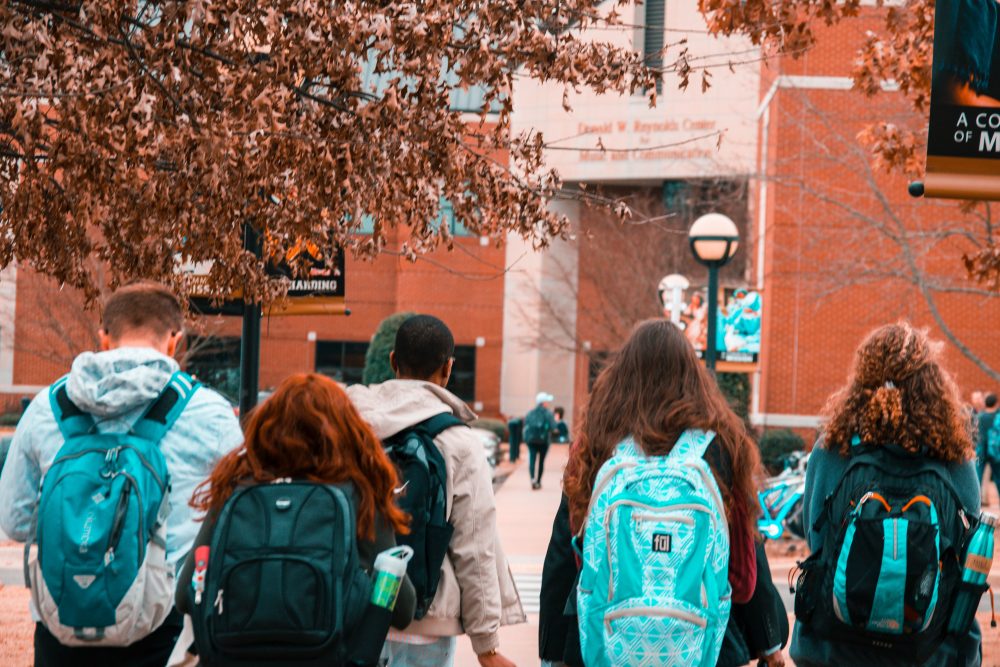 Can you remember the first time you encountered one of those Christians who truly lived as if they believed Jesus was real, and meant what He said as revealed in the Bible? And it wasn’t a way of living that was based on a fear of what “The Almighty” might do if they stepped out of line but, instead, a way of living that seemed free, life giving, and joy filled. Have you ever met a Christian like that? I did. Before I even knew how to comprehend what I was experiencing.

He’s now one of my dearest friends. Back then, however, he was an unknown in my eighth grade music class. As a middle-schooler, he stood out amidst a sea of awkward, insecure, and inconsistent classmates as someone who was comfortable in his own skin (an incredible feat in middle school), peaceful and fun. I can’t say that I had ever encountered anyone like him before. I didn’t know him, but I knew that I wanted to.

Matt and I started to hangout a little at school, and the summer before we entered high school we started to hangout a bit more. He continued to puzzle me, and so did his family because they were just as “weird” as he was. But it didn’t end there. That summer Matt also introduced me to some of his friends. One in particular, Jon, may have been even weirder than my new friend Matt, and so was his family. They were happy, loving people, but it was more than that. It eluded me for much of the first two years of our new friendship; that is, until I accepted the gift of grace and salvation that Jesus extends us all while at a summer camp—with Matt and Jon. Then things started to come into focus.

It wasn’t that they were weird as much as it was that they were loving followers of Jesus, and He was shining brightly through each of them. They had each decided to let Jesus invade their lives to its very core, and change them from the inside out. It was nothing that could be manufactured or faked. Each was a life transformed or, more accurately put, transforming. Their priorities were different, as was their outlook on life. Their joy didn’t ebb and flow with the changing tide of their circumstances; it was pure and consistent. No, they weren’t perfect, but they didn’t need to be. They had something that I wanted, and eventually found in Jesus.

A life transforming. How great does that sound?

And the truth is, all students are a work in progress—a life transforming. Yet not all students will experience the same kind of growth and formation during their college years. Why? Because some will choose to invest in this process, while others will not. Some students will choose to make their faith central to their college experience, which will unlock the doors to an entirely different way of being shaped and formed, while others will not. And this is HUGE.

We want students to get to the place where they are making their faith so central to life that they are in a consistent process of being transformed, from the inside out. But for many students it’s an extensive and challenging journey to get to this place, one that not many are ready and willing to make. They will need to be willing to sacrifice a lot. They will need to take on and embrace a different set of priorities. Living a Christ-centered life in a “me”-centered culture is quite a challenging thing to do. And yet, college students seem to have some of the greatest potential to make this jump specifically because they are in such a grand season of transition and formation. In many ways, everything in their lives is “on the table.” And that’s why our work with them—our willingness to make them a priority, and come alongside them in some intentional ways—is so important.

Today’s culture does not naturally move them toward this kind of Christ-centered life. In fact, it does just the opposite. And that’s why I decided to write this chapter (3.1), before the next chapter on faith (3.2). After I had written chapter 3.2, I realized that we needed to have this first conversation (or series of conversations) with students before we can have the next. Our task is to help students see the importance, the significance, of a life of faith. And a life of faith doesn’t see faith as an “add-on” but as central to one’s identity. A compartmentalized faith—that is only accessed at certain times, with certain people, for certain reasons—is a faith that is unable to have the kind of transformational impact that God desires. It becomes an activity, an option, an adjective among many others that can be chosen from.

Faith, for Christians, needs to be central to who we are and how we live. We and others must model this for our students before they can envision what we’re talking about here. And if you’re honest, that’s probably what scares you most about being a Mentor—feeling as if you’re not “good enough” or that you should have it “more together” or even that there have got to be “more qualified” Mentors for your student(s) to spend time with. And while having a healthy and honest assessment of ourselves is important, believing that we are unworthy of serving as a Mentor to a young person is a lie we need not believe.

We are all on our own journey with God. And what matters most as we look to serve as a guide and faithful companion to students (who are also on a journey) is that we: (1) tend faithfully to our own relationship with God, and (2) that we remember that we are not perfect (and never will be this side of heaven) but are a work in progress, like our students.

Did you find this entry helpful? You’ll enjoy Guy Chmieleski’s Shaping Their Future: Mentoring Students Through Their Formative Years. “The college years are some of the most formative years of life. The context of the university campus is unlike any other—rich with educated voices, diversity, freedom, opportunity, and space for students to explore who they are and who they are becoming. However, for far too many students today, the formative college years are being wasted. In a lot of ways college has become high school, part 2, but with a lot of debt incurred. The college experience demands a transition, or series of transitions, and our young adults need to be encouraged to work with God to make the most of their formative college years.” Get it from our store here.